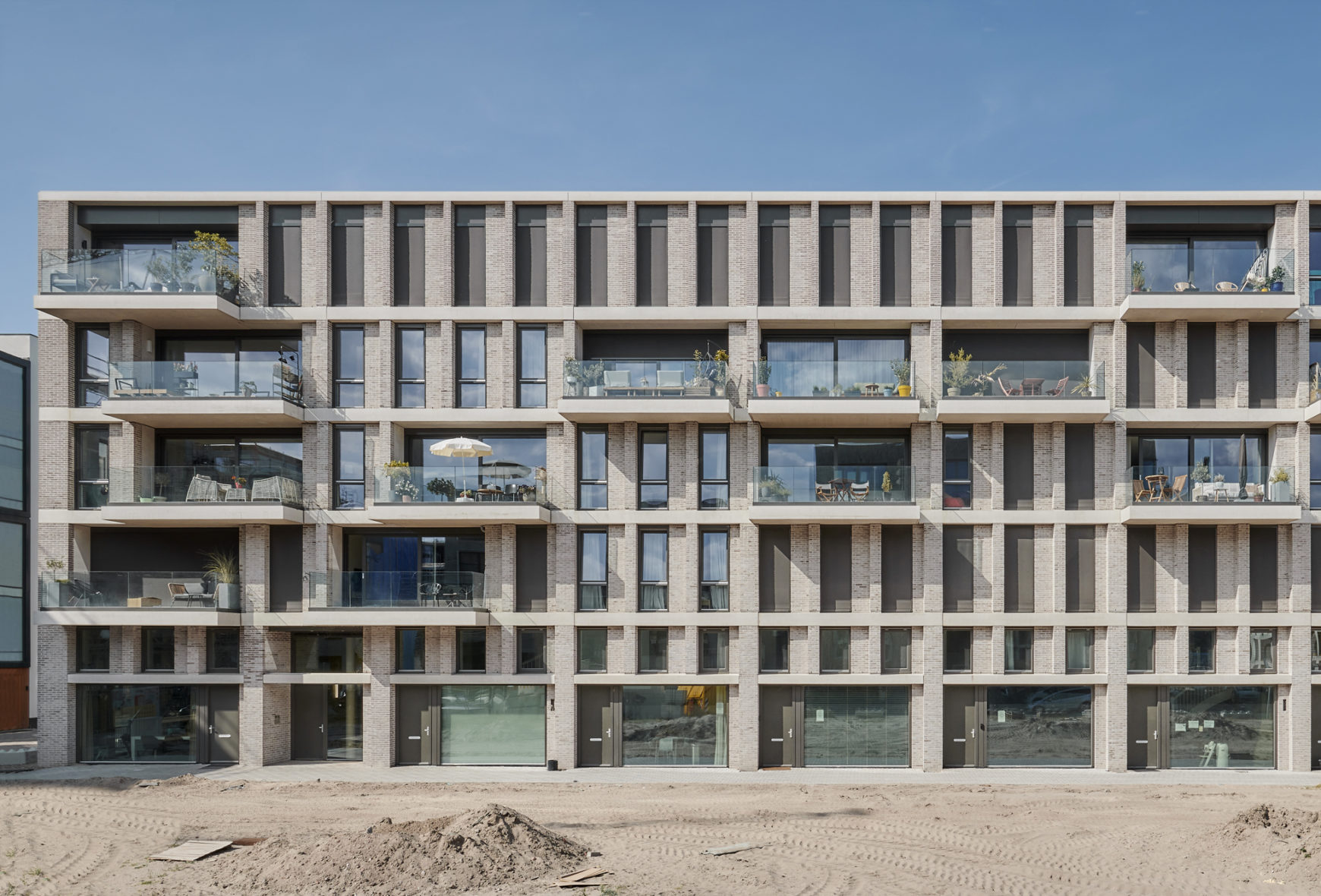 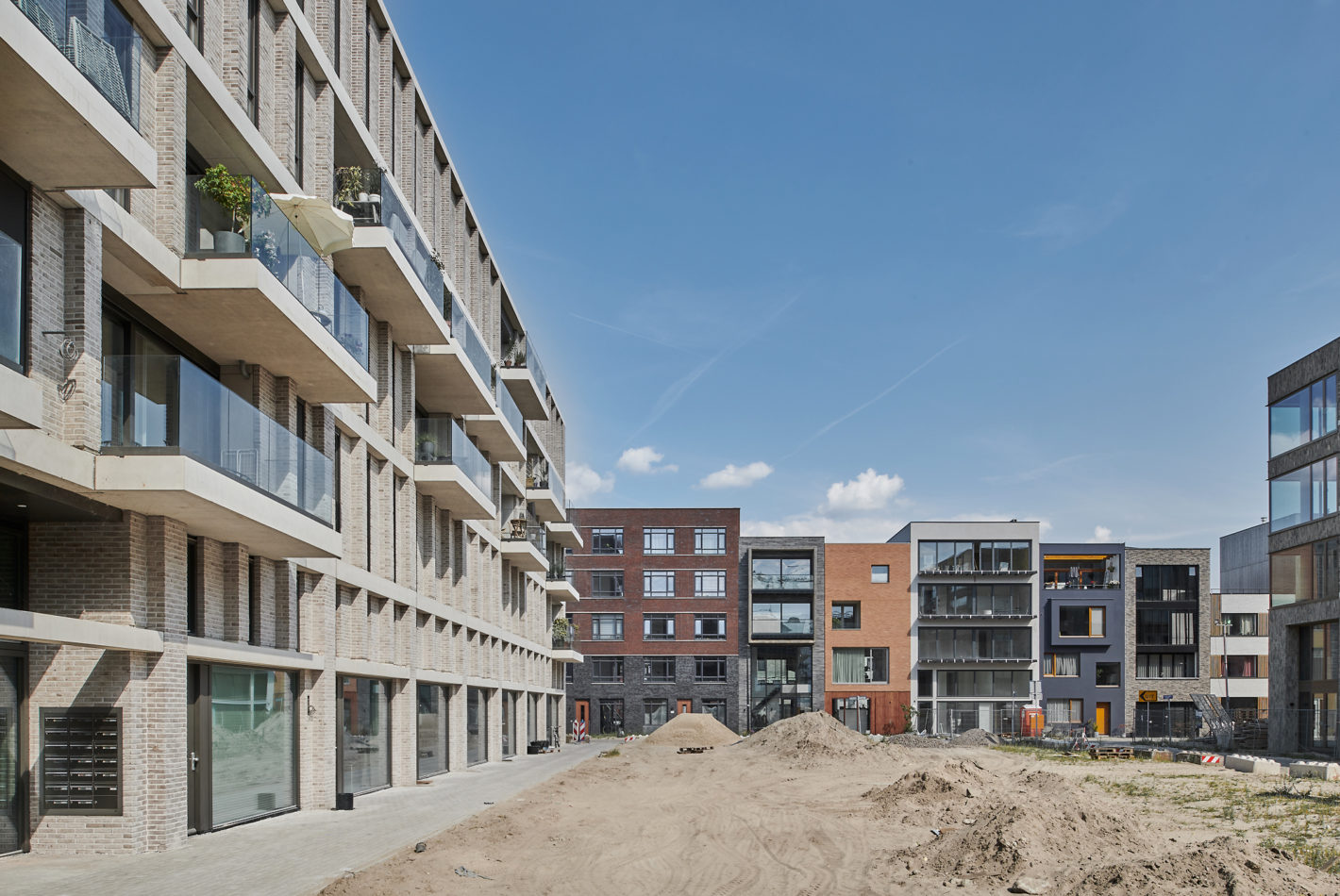 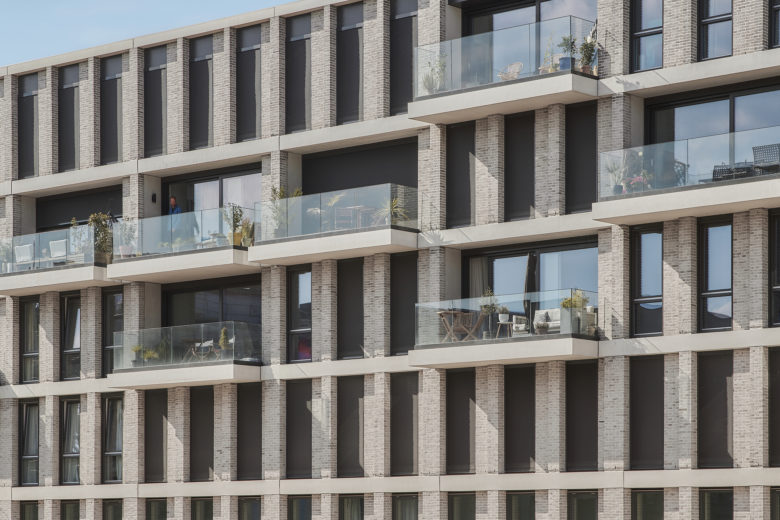 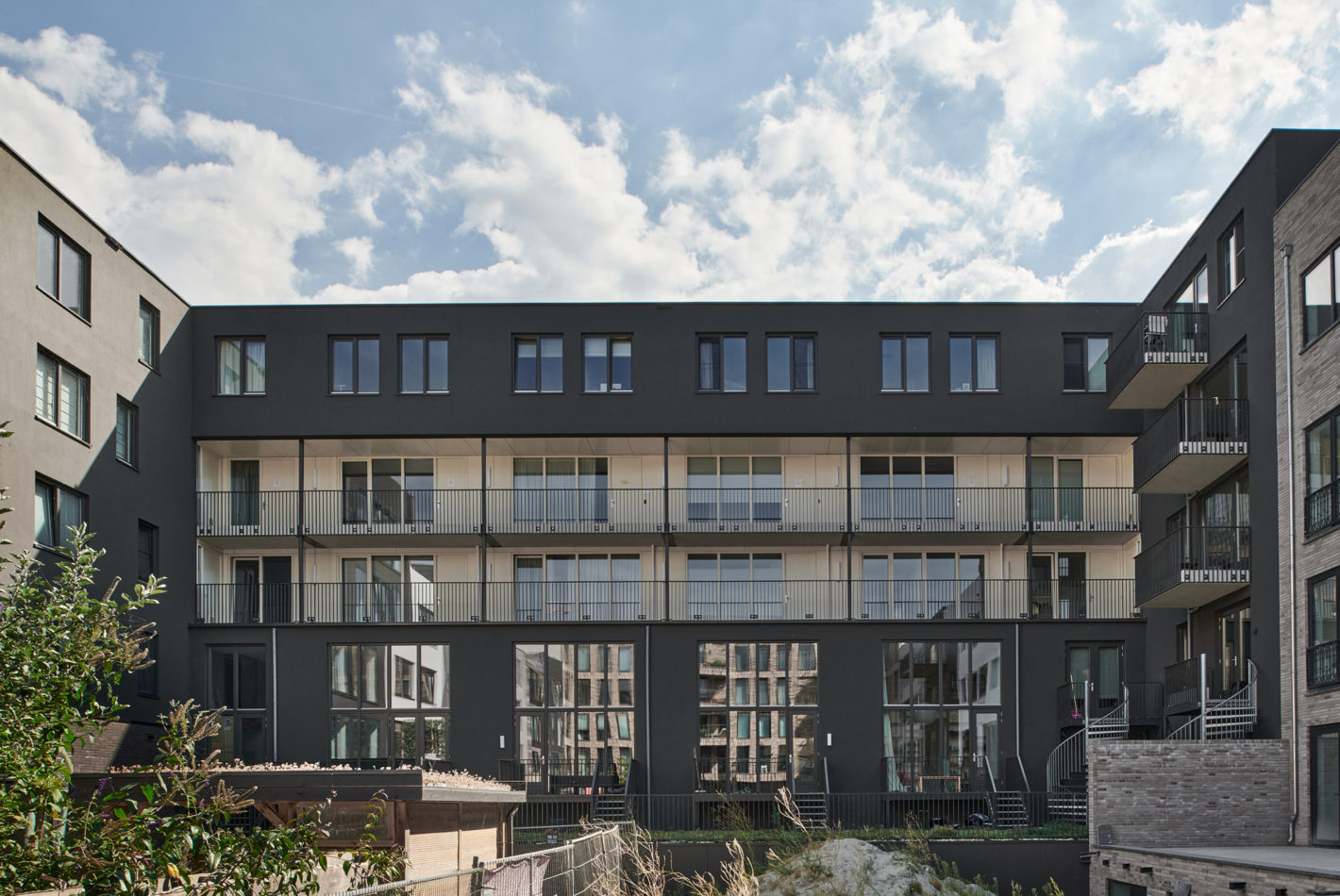 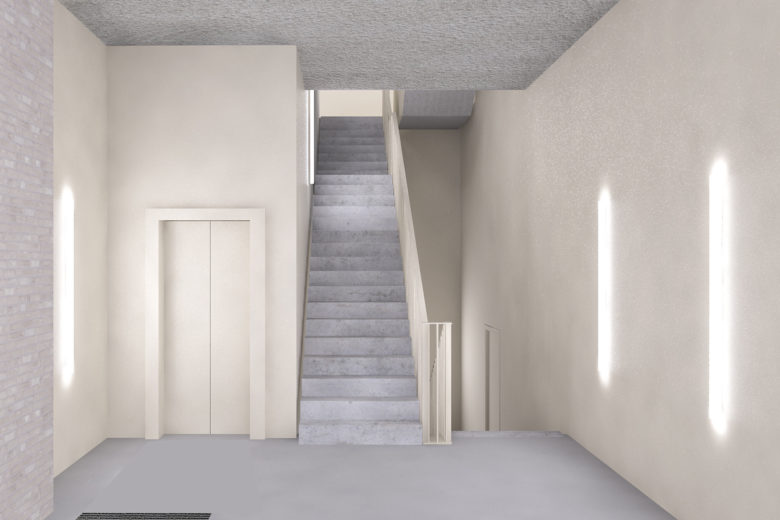 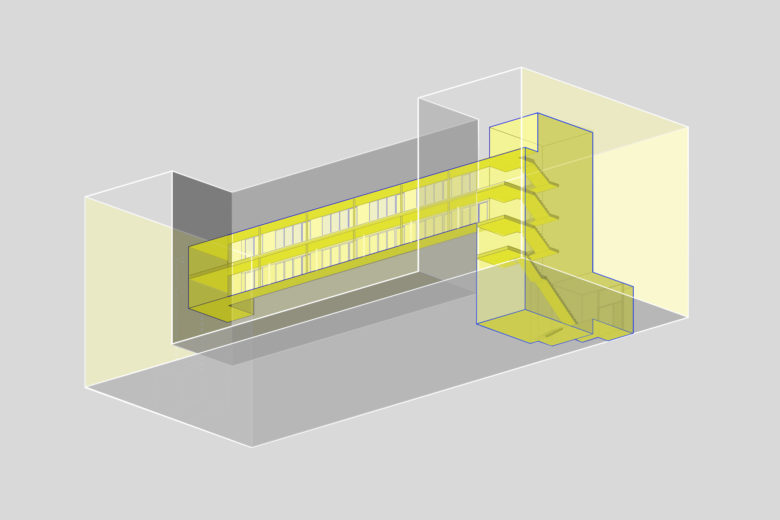 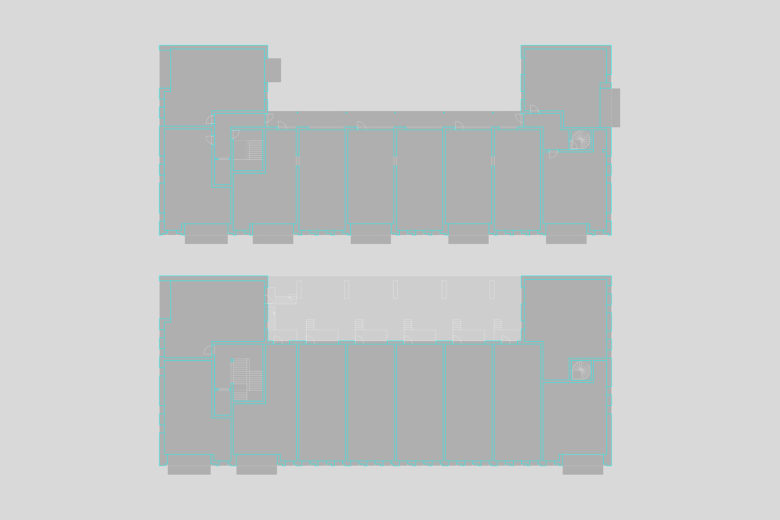 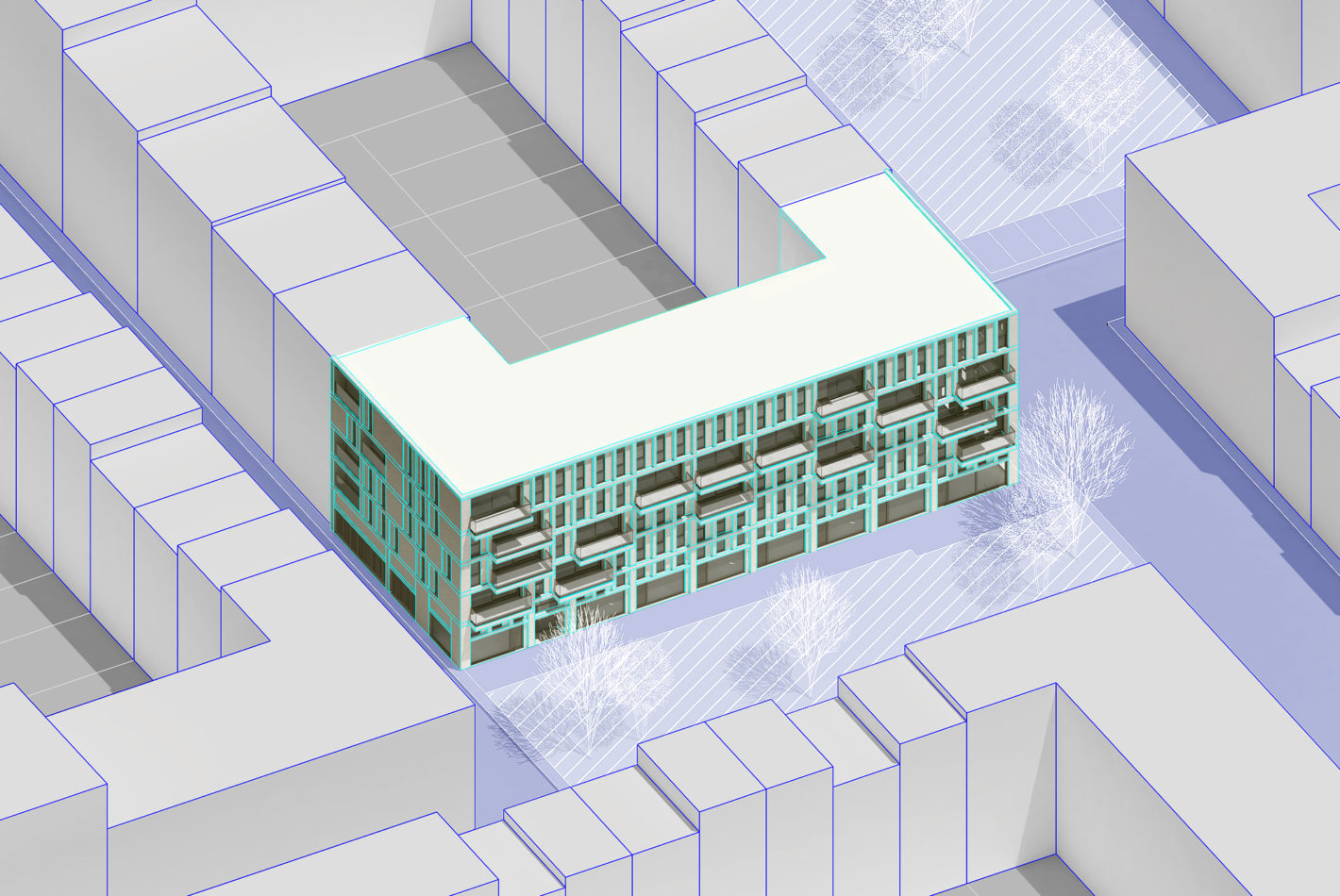 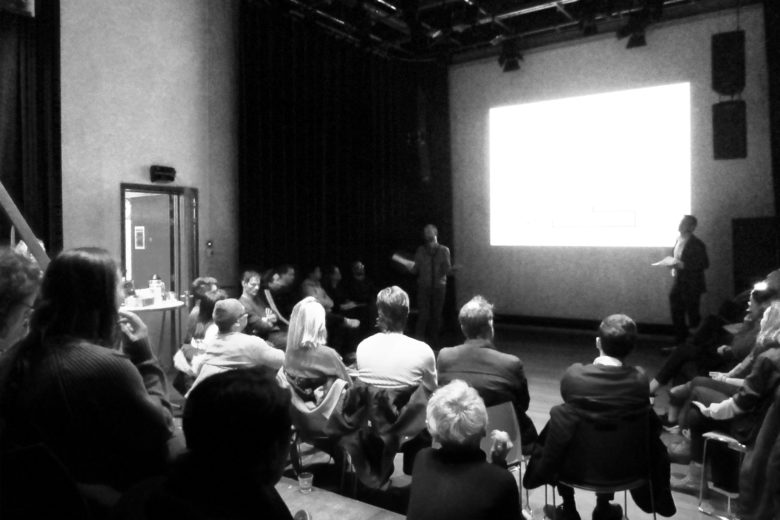 Residential building Kavel 11-09 is part of the first urban block to be built on the recently reclaimed island IJburg-Centrumseiland. Developed as housing cooperative project with its future residents, the building consists of 28 apartments of 5 different types with sizes ranging from 60 to 145 m2.

The main façade facing a small plaza is based on a simple, binary logic of two window types – a large, horizontally oriented opening set back in combination with a balcony and a small, vertically oriented window. The rhythmic and plastic expression of the deep façade is designed to maximize shadow on its windows corresponding with its Southern orientation. The sandy color of the brick reflects the ground materiality of the man-made island.

The shared circulation area within the building articulates a spatial figure that connects the hybrid routing (core and gallery circulation) with the building’s main entrance.