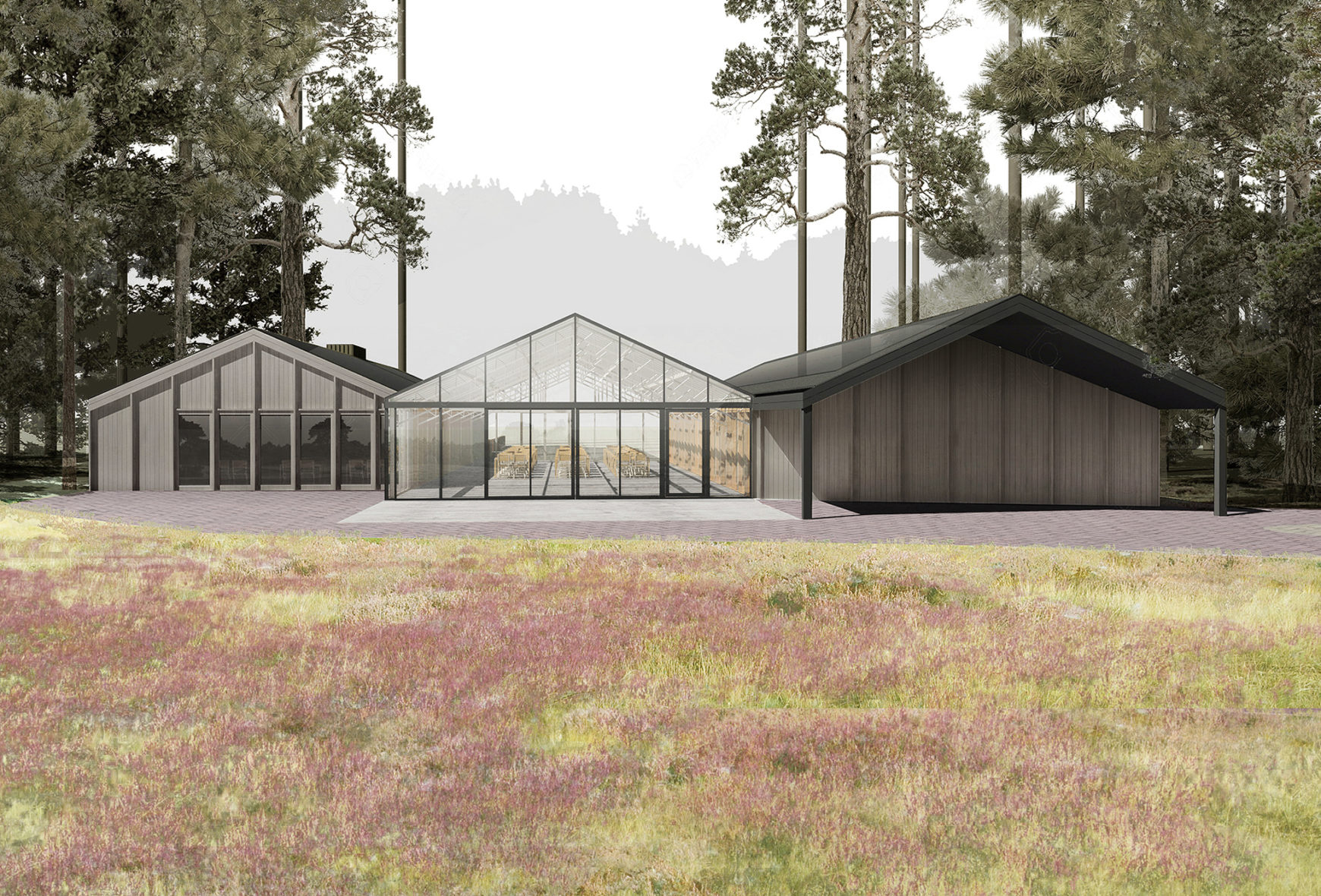 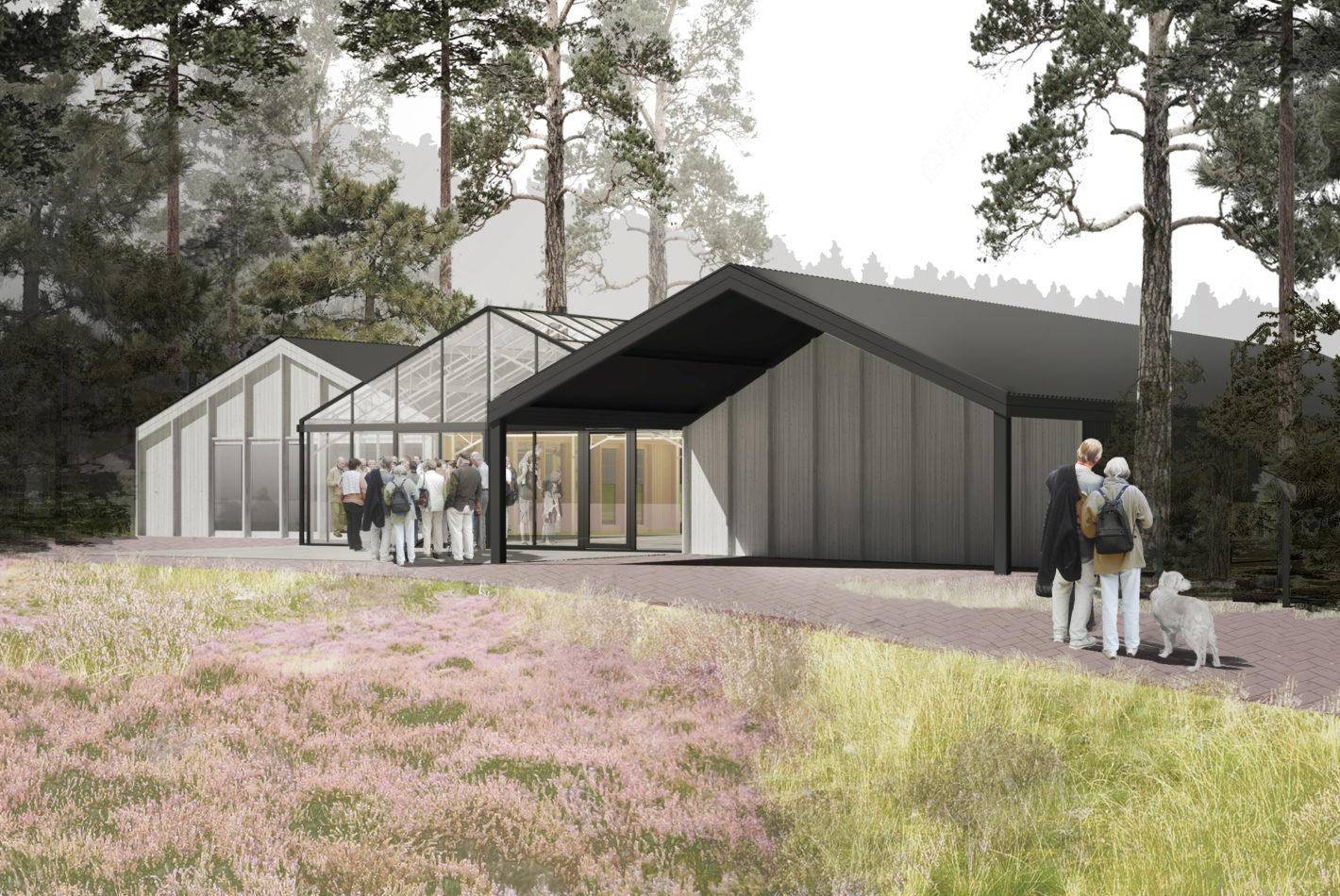 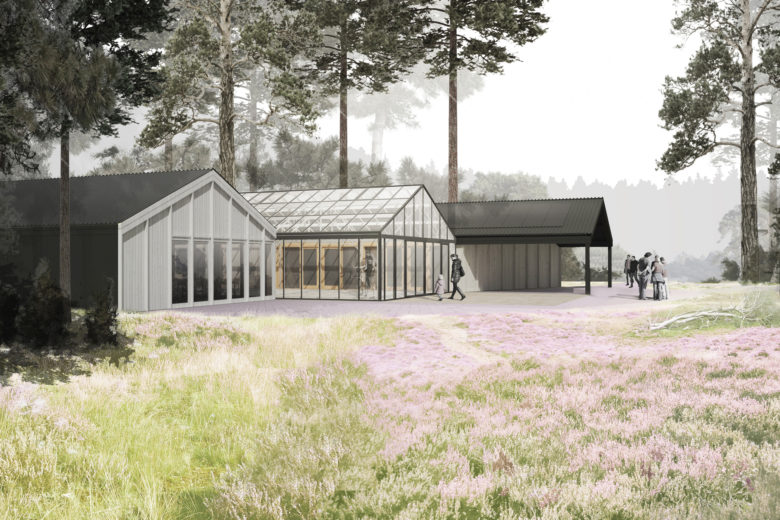 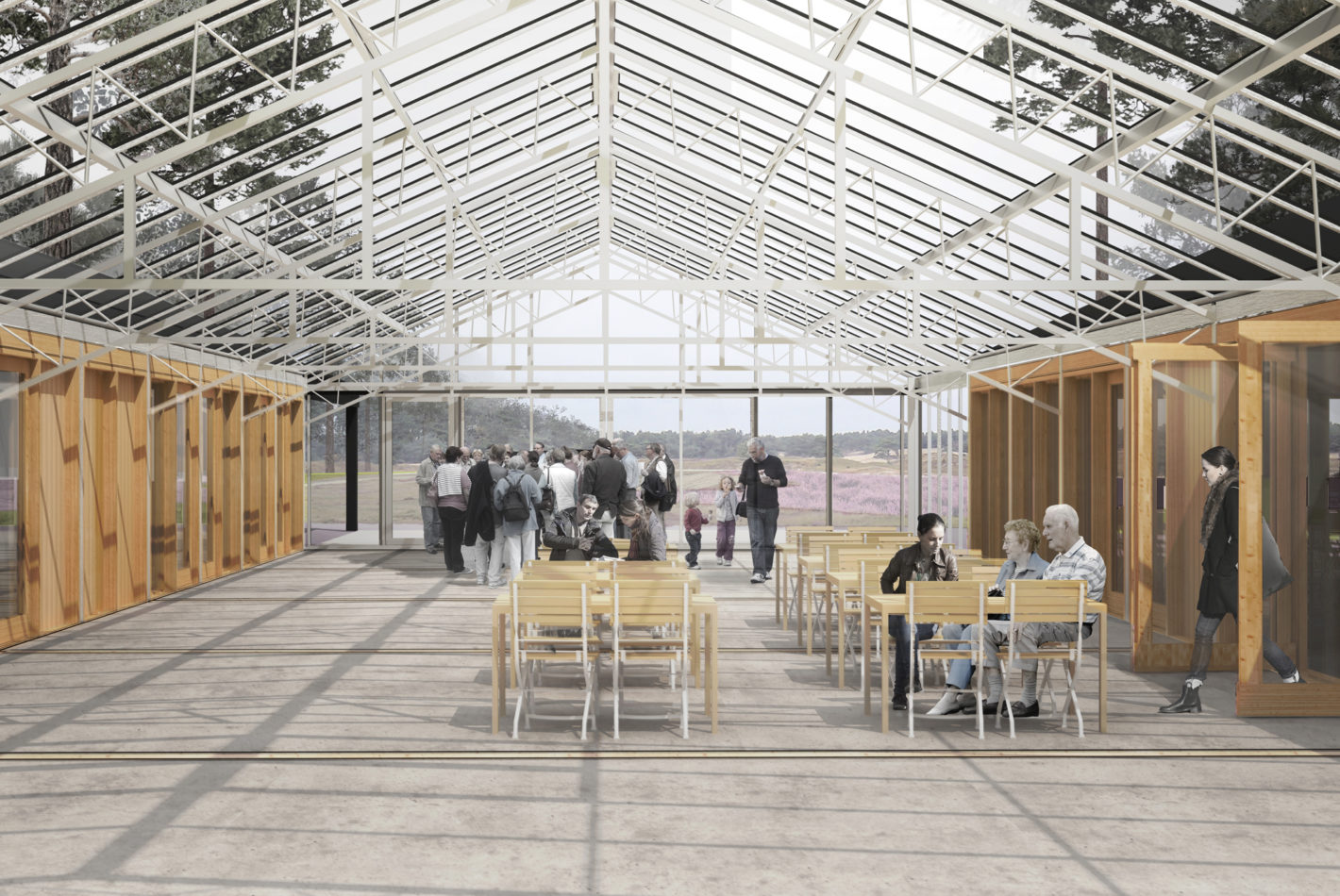 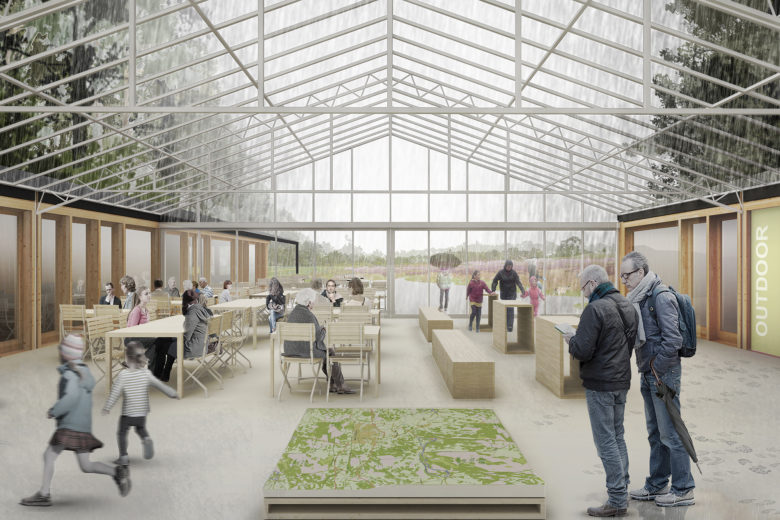 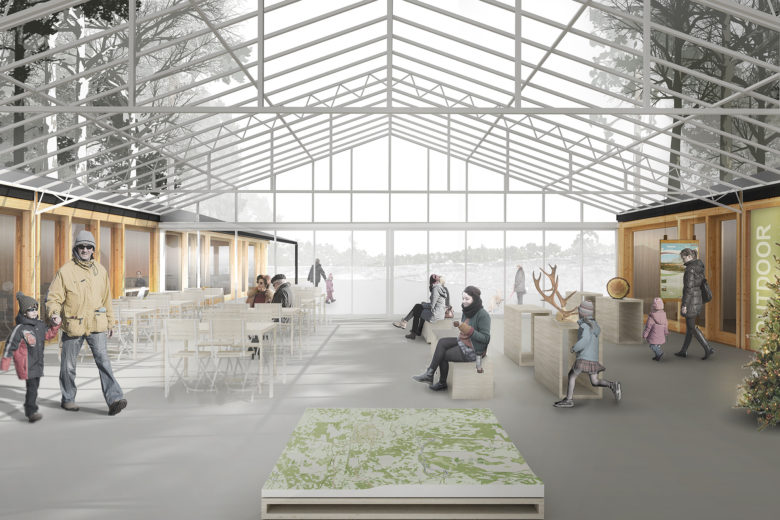 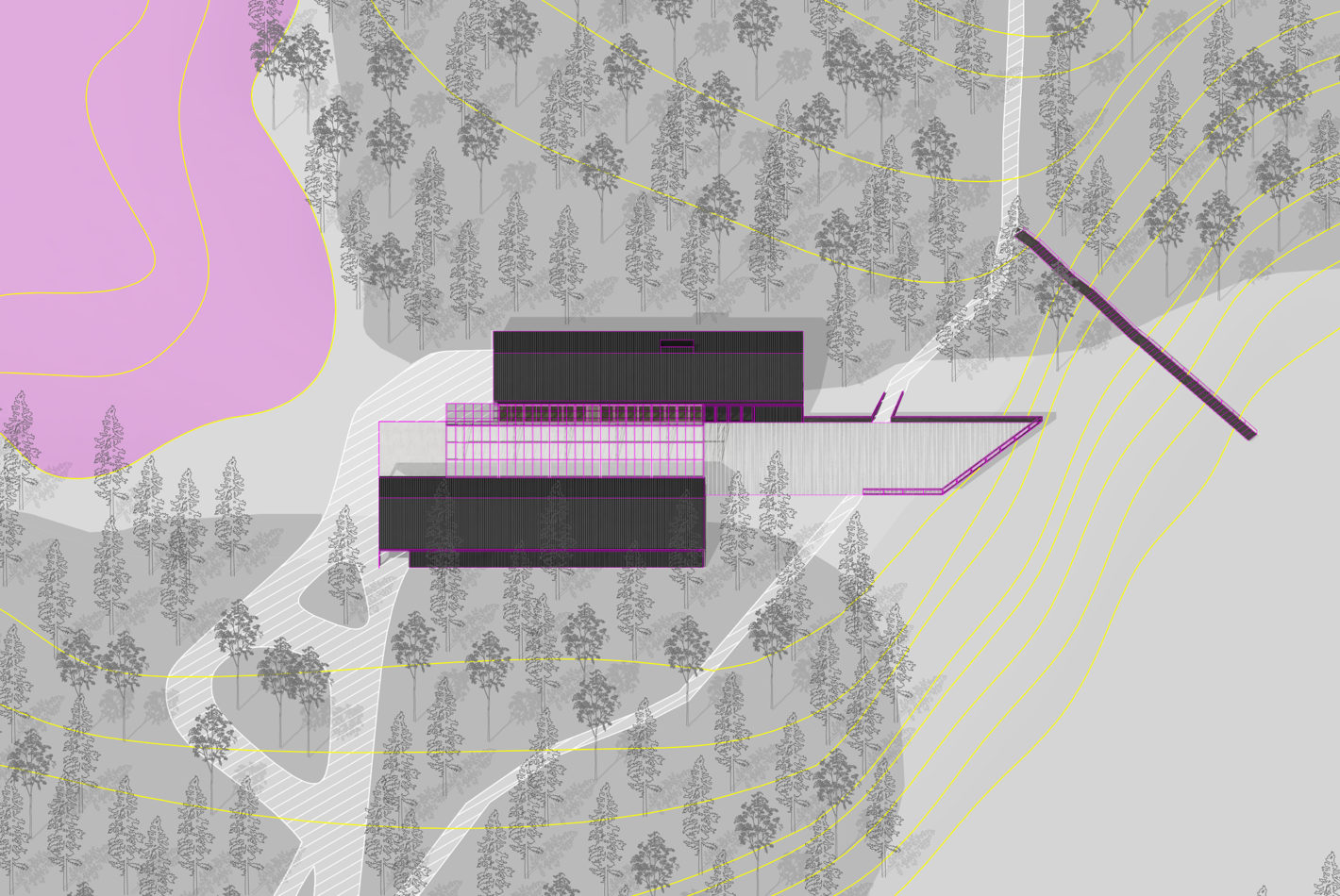 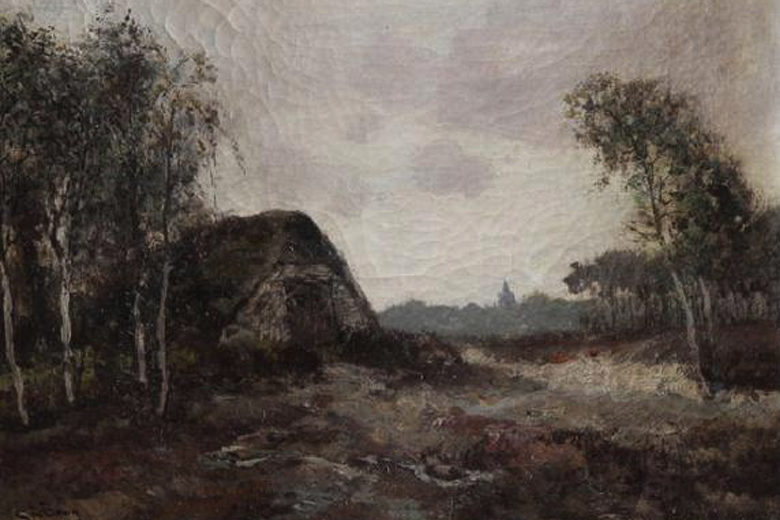 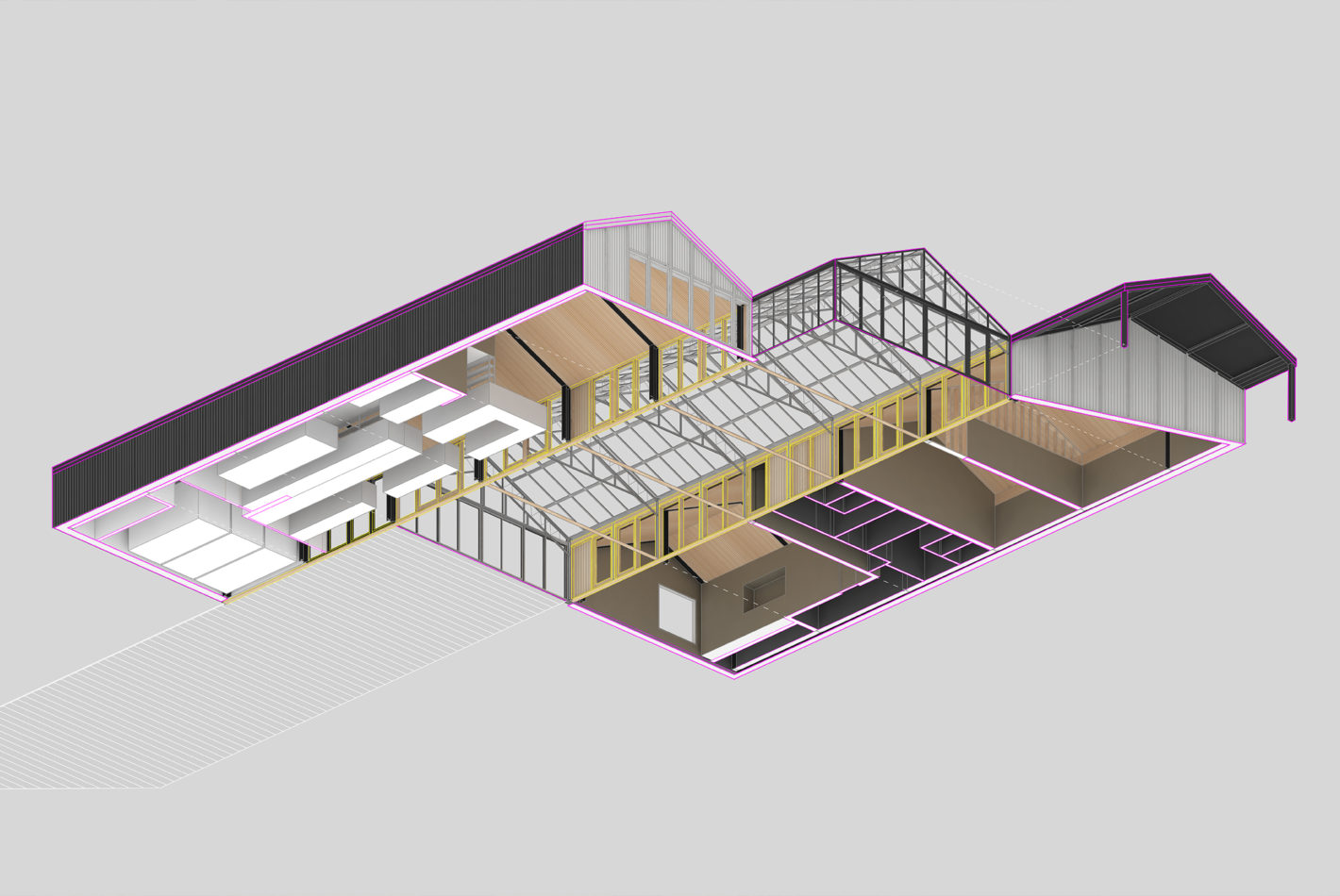 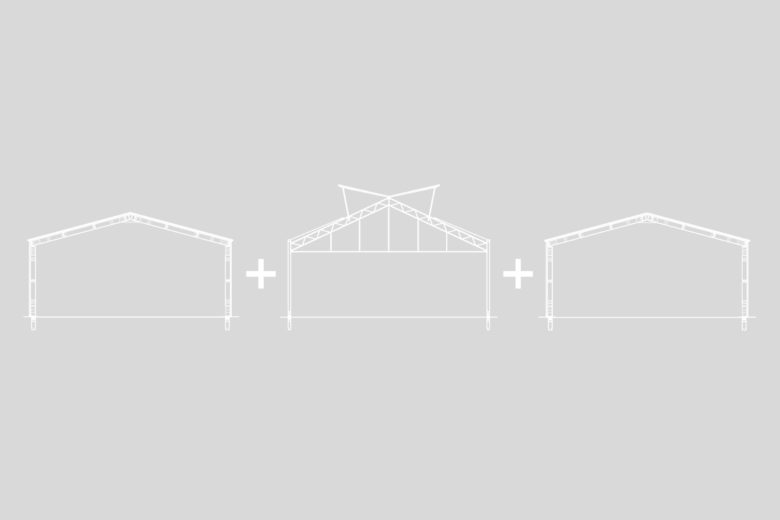 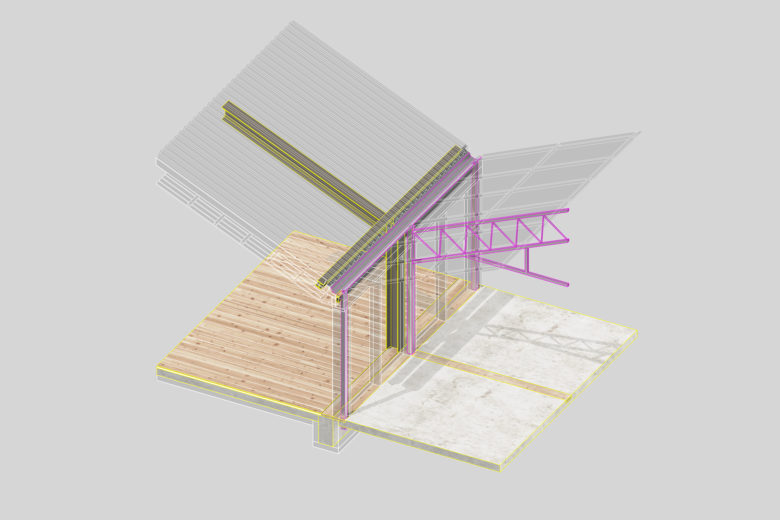 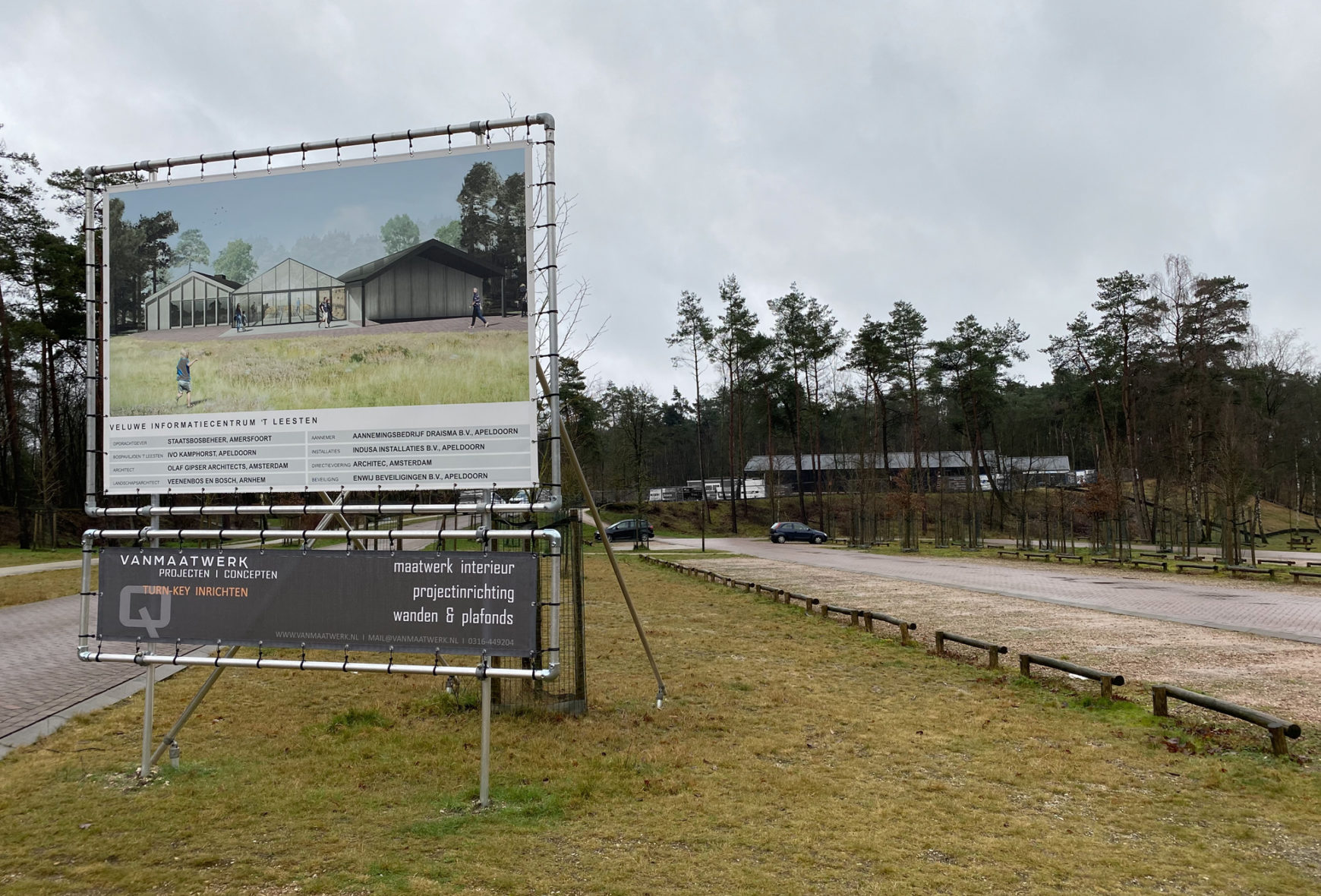 The Veluwe is one of the largest nature areas of the Netherlands, consisting of an extensive mix of mostly pine and mixed forests, heathland, and sand drifts. The Veluwe Visitor Center ‘t Leesten’ is one of several so-called ‘Veluwe transferia’, tourist ports combining various programmatic facilities and acting as entry points to the natural landscape.

Set apart from a larger parking zone, the visitor center is carefully embedded within its site and topography. The contrast between closed forest zones and open heathland, typical for the entire Veluwe, is also the characteristic spatial feature of this particular place. This condition is reflected by the building, accommodating its program in three identical yet shifted volumes, two closed ones framing an open structure in-between. The two outer volumes are completely opaque and make part of two forest edges facing each other. Their introverted, window-less, grounded appearance is reminiscent of the old, isolated farms and barns typical for the area. The central volume appears completely dematerialized and connects the open fields of heathland and an abandoned sand excavation pit into a spatial continuum across the visitor center, an outside within the building.

Only two-thirds of the originally requested program area size are accommodated in two evenly tempered interiors; one housing a restaurant with kitchen and storage facilities, the other one combining a multifunctional room, exhibition space, outdoor equipment rental, and restrooms. Both are oriented towards the central atrium which they frame with a rhythmic, well-detailed sequence of robust timber-framed windows and doors. The atrium with its glazed roof and facades is a passively tempered, multifunctional zone that allows for season-related usage. This weather-protected plaza articulates the central meeting point within the larger ‘transferium’, a space modelled on the archetype of the forum, an urban condenser amidst a natural area.

The building is energy-neutral in terms of mechanical ventilation and heating. In order to comply with the very low construction budget, it is based on the adoption of a Dutch standard greenhouse structure and two generic utility sheds. The project is the result of a tender selection process and completed in 2020.