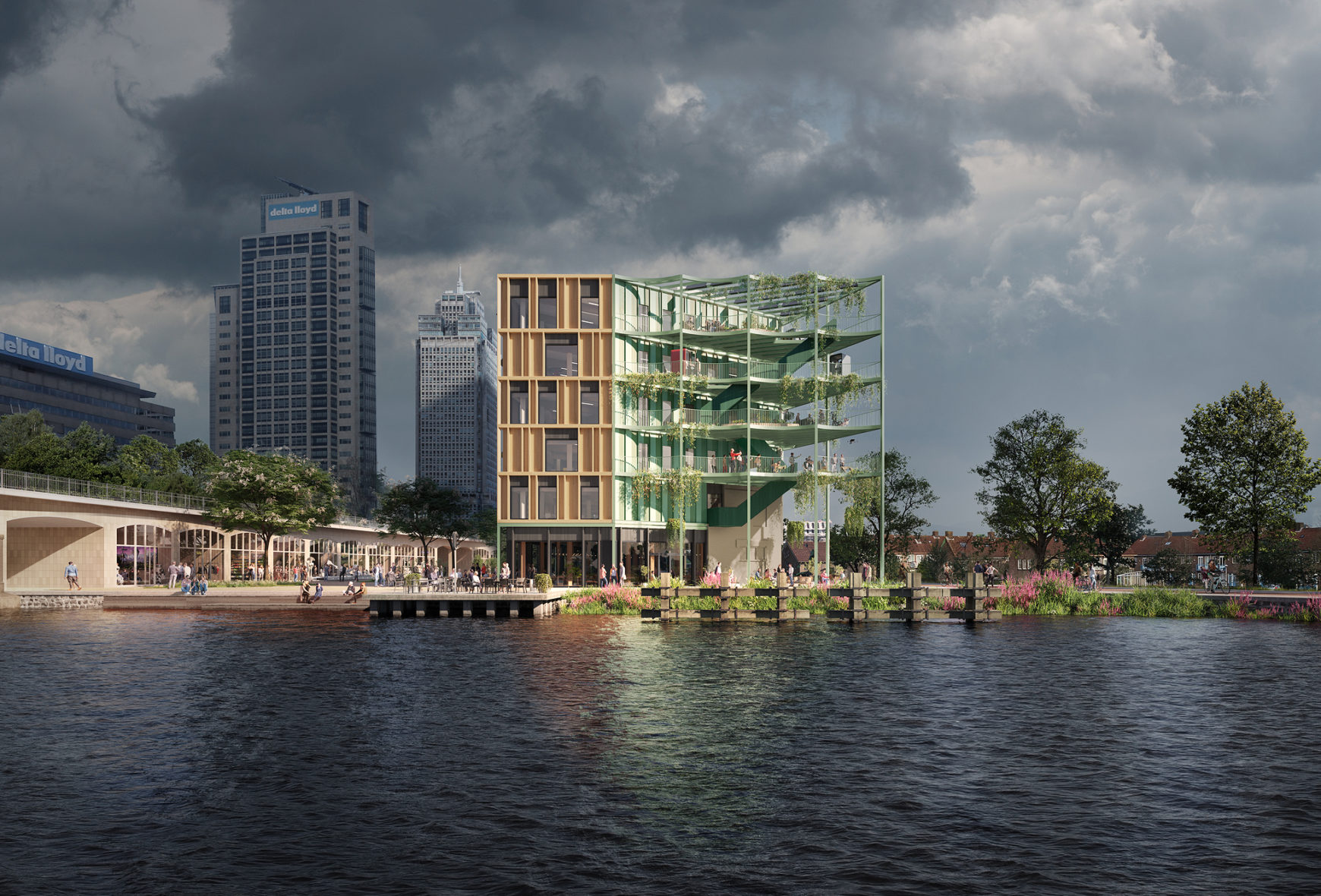 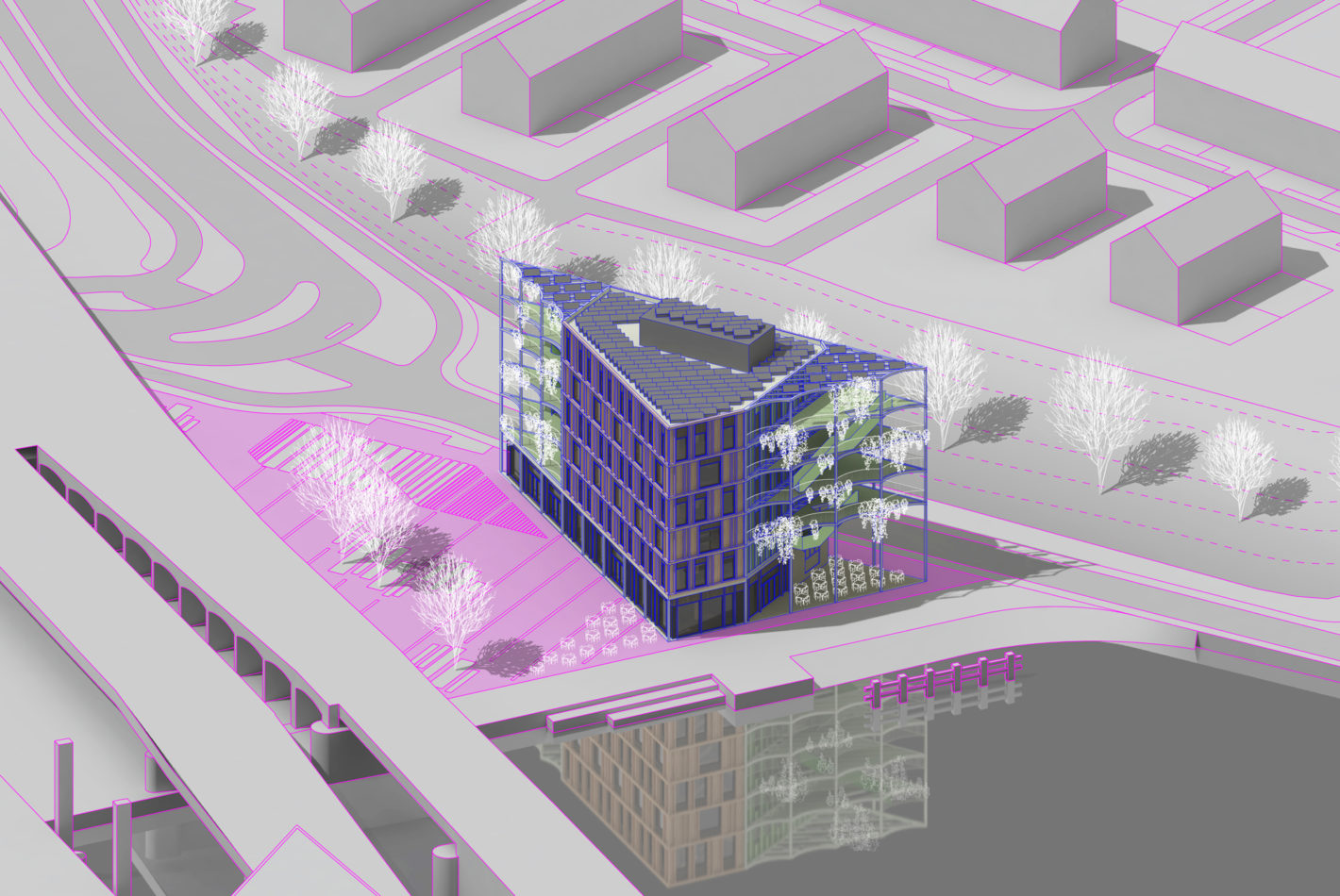 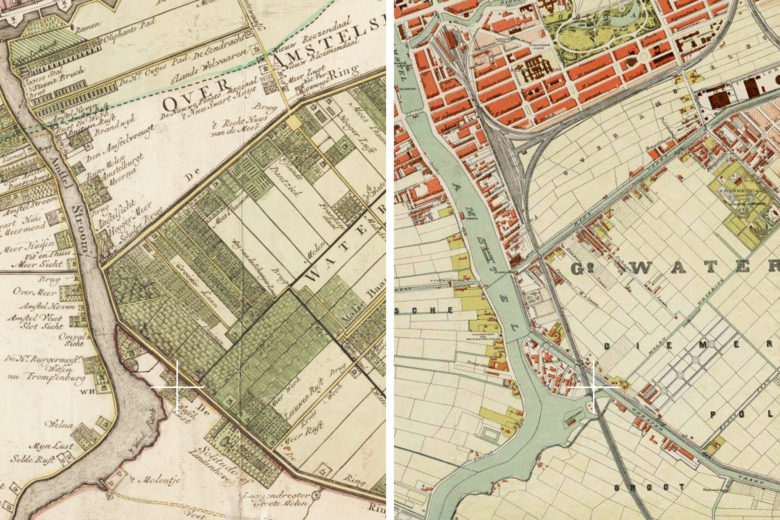 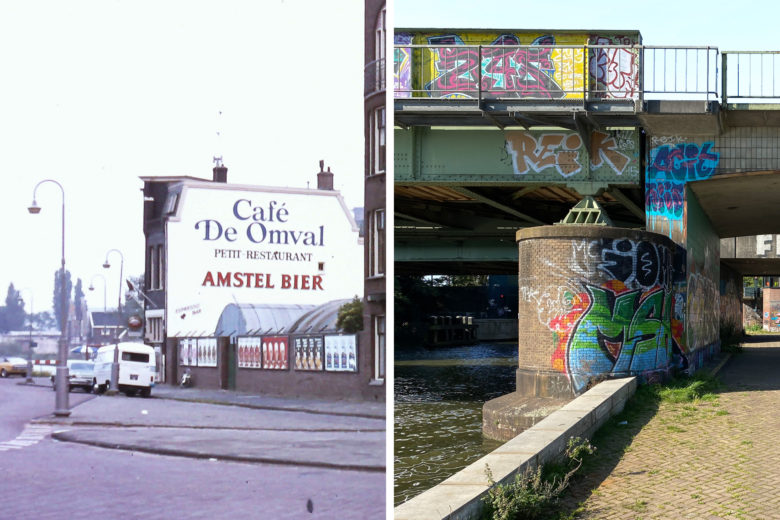 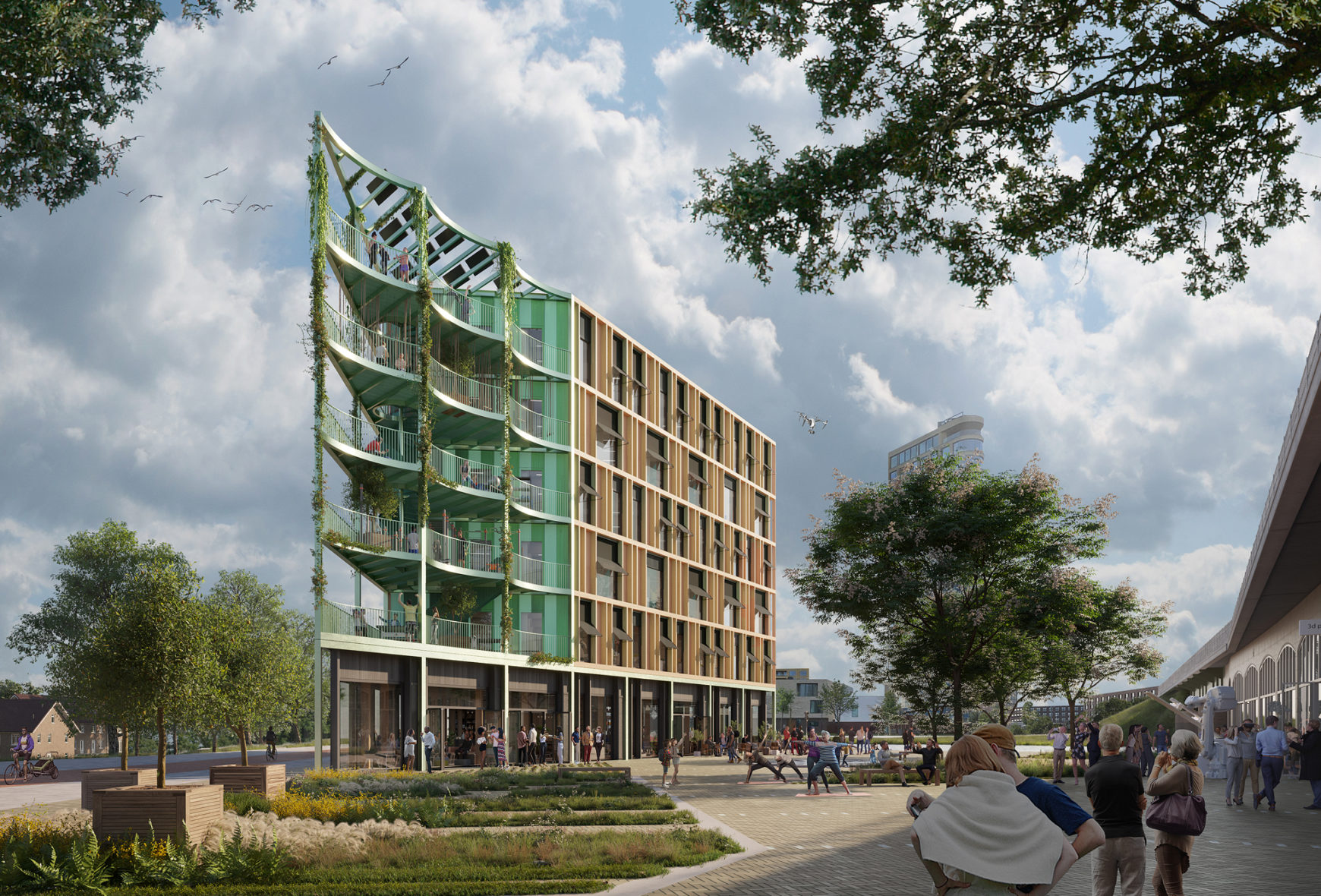 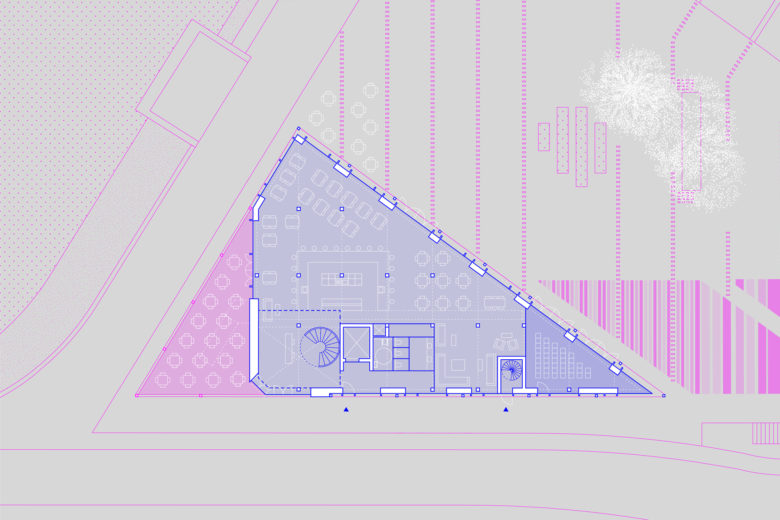 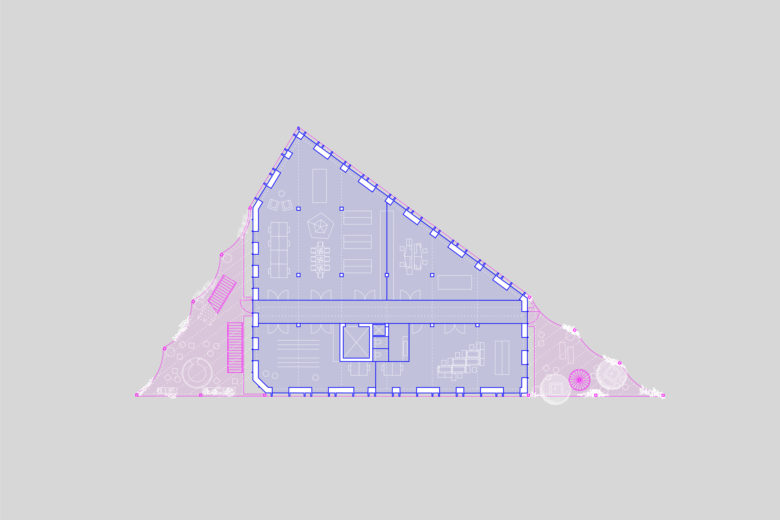 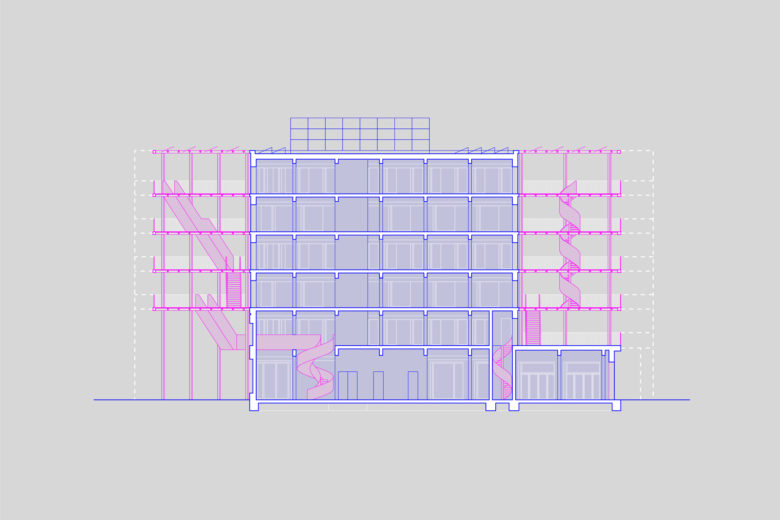 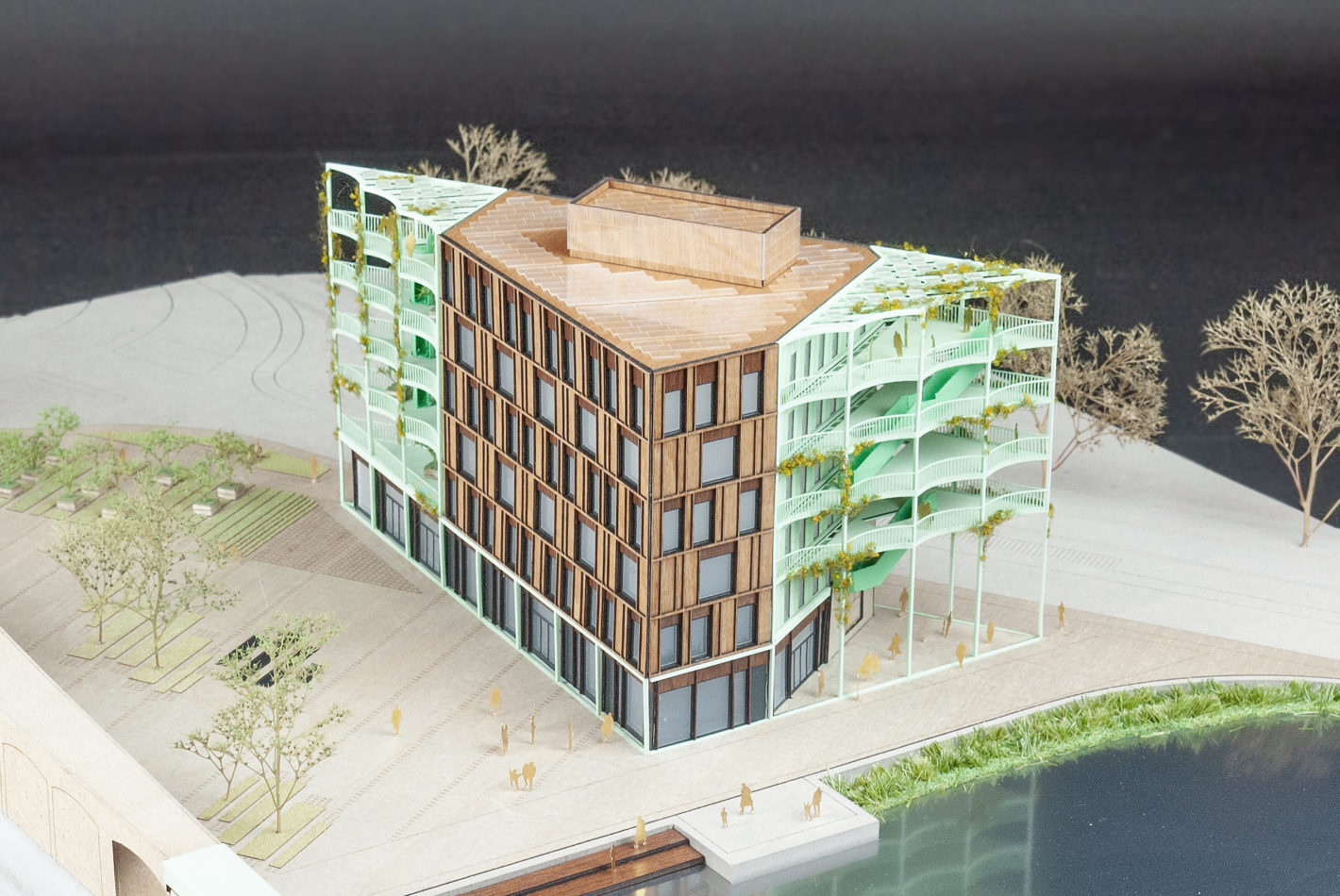 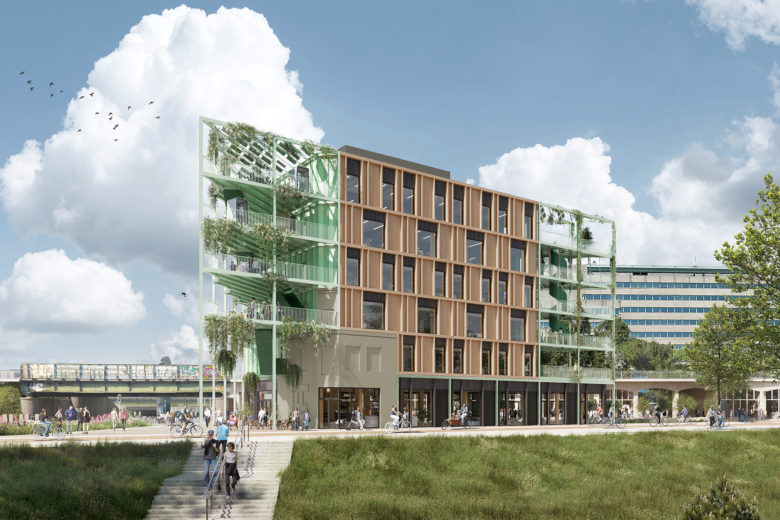 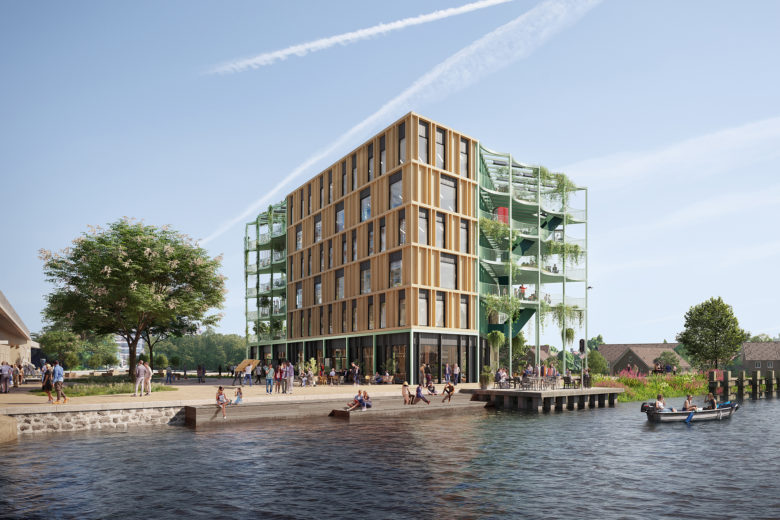 Multifunctional building De Omval is a finalist competition project that seeks to strengthen an location with a complex historic and spatial identity at the fringe between several neighborhoods and elements of urban infrastructure.

The tender issued by the City of Amsterdam asked for a program proposal, business strategy, and architectural design of a solitary building that would operate as social connector between various residential areas and the business district around Amstel metro and train station.

The heterogenous architectural figure of our proposal addresses the location’s rich history and oscillating, fragmented spatial identity on four conceptual layers. Its expressive outdoor spaces – hybrid programmatic structures combining vertical circulation, outdoor activities, and ecological tasks – refer to the 17th and 18th century cultivation of nature outside the city with Elysian gardens and their subsequent transformation into garden city morphologies and public parks typical for the Watergraafsmeer district today.

The location’s formation by the logistics of 19th and 20th century industrialization and its vanished history as zone of mechanized production inspired the programmatic proposal of offering flexible spaces for innovative start-ups operating with local, urban manufacturing. A third layer refers to the iconographic, strangely plastic form of the historic building that housed Café De Omval until recently, a landmark in the city’s collective memory. The proposal integrates a physical fragment of this building and continues its hospitality business. And finally, the incommensurable and informal character of the building seeks to acknowledge the location’s character as urban palimpsest, of which its most recent layers have been written by graffiti kids, street artists, and indomitable nature. To preserve its precious atmosphere of spatial and mental exteriority in the middle of the city we considered to be the biggest challenge of this project.