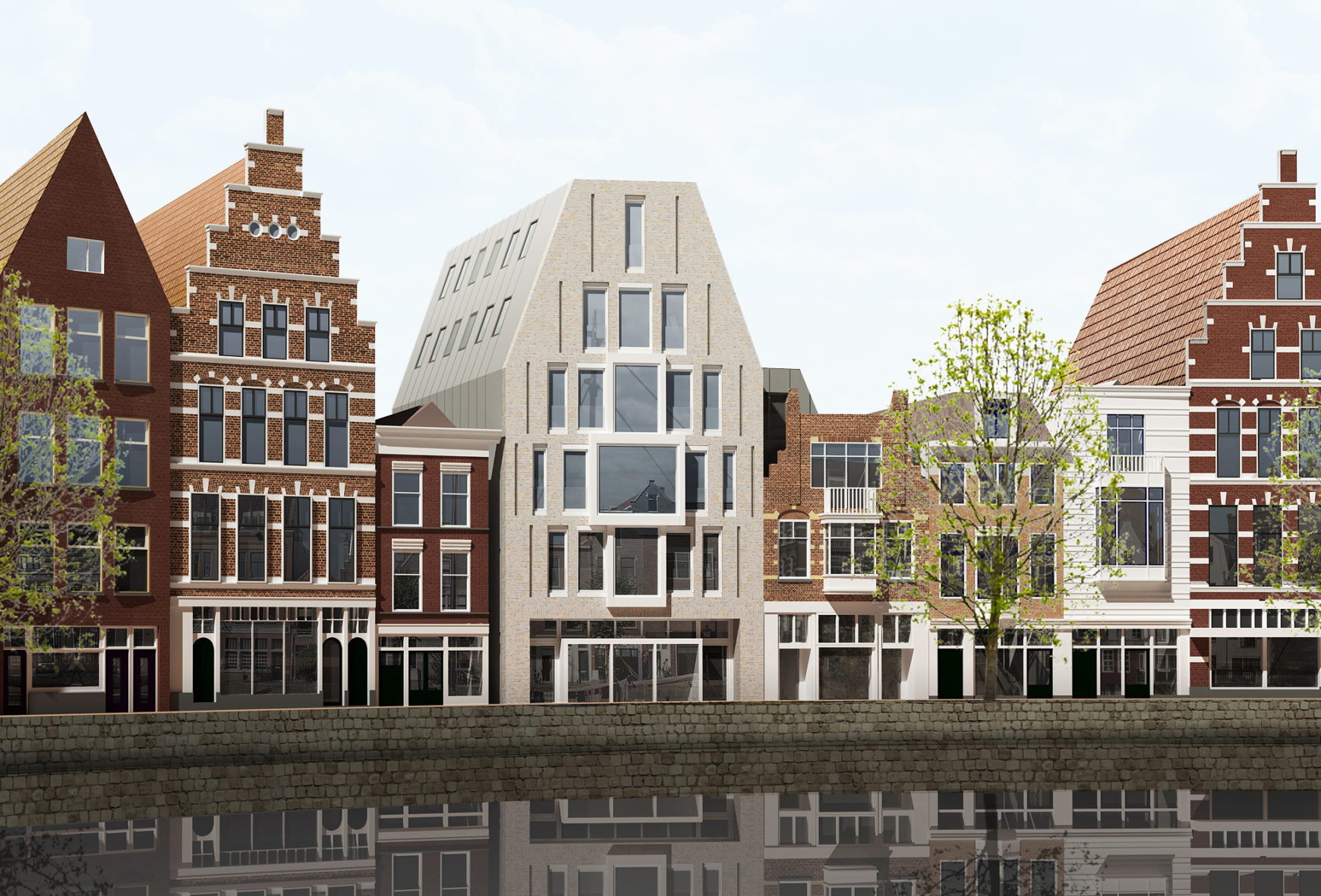 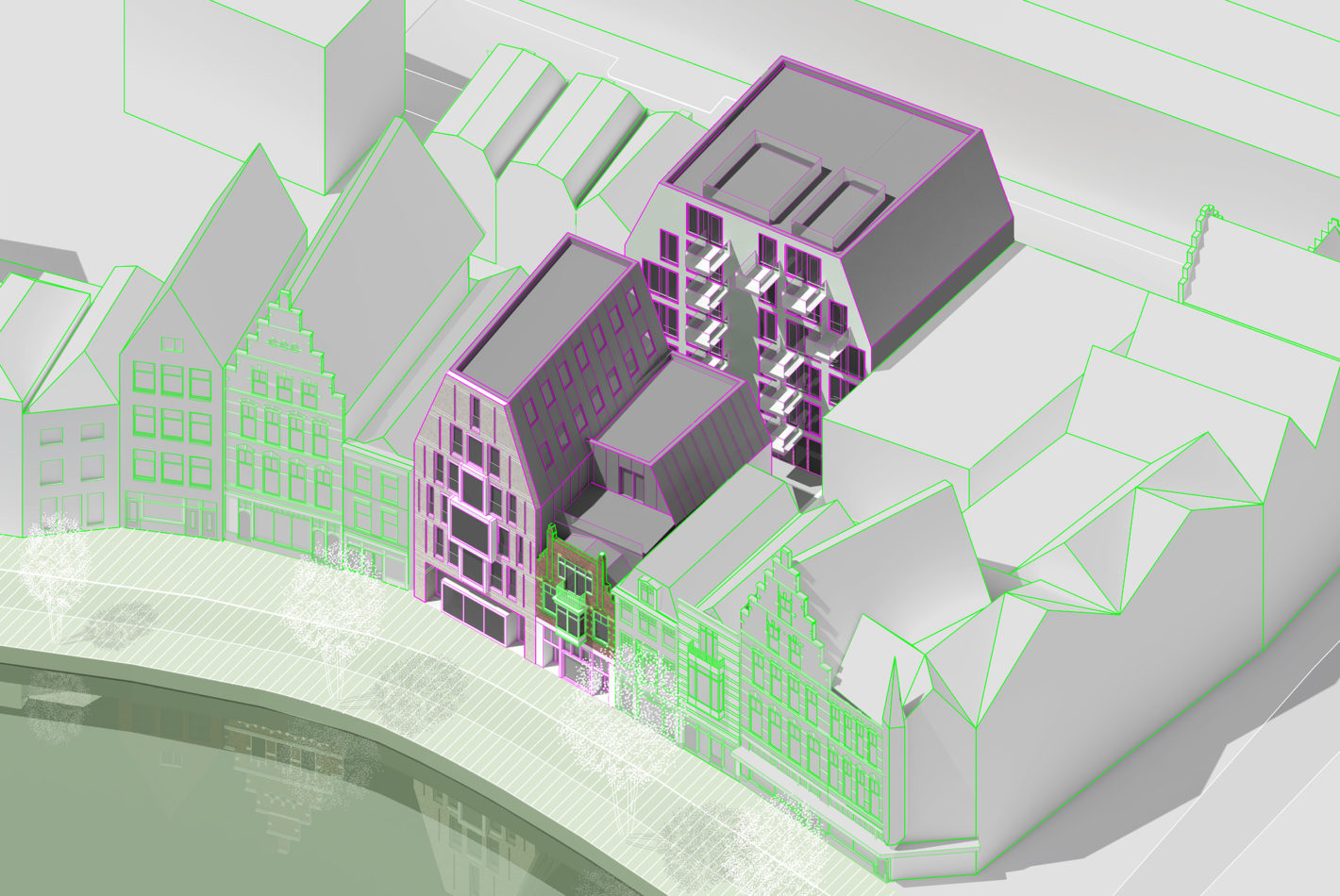 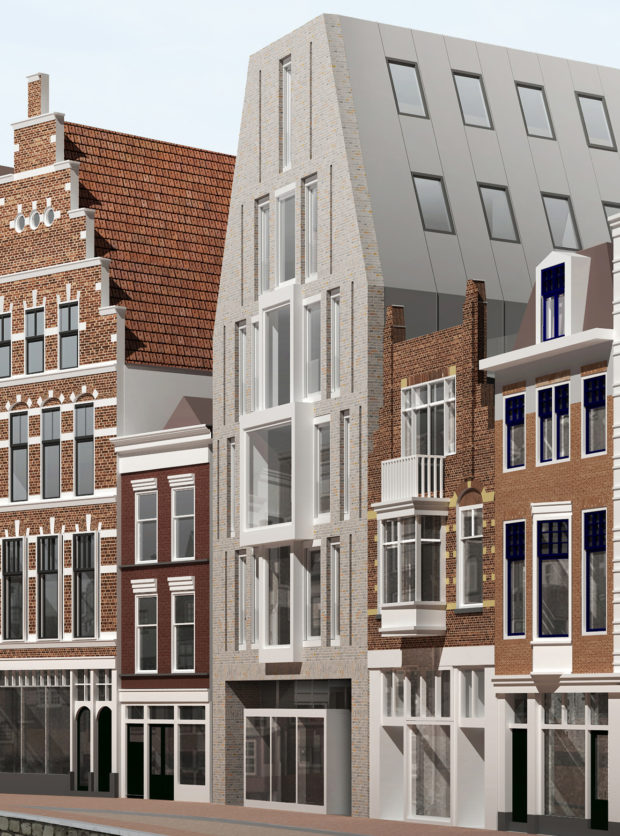 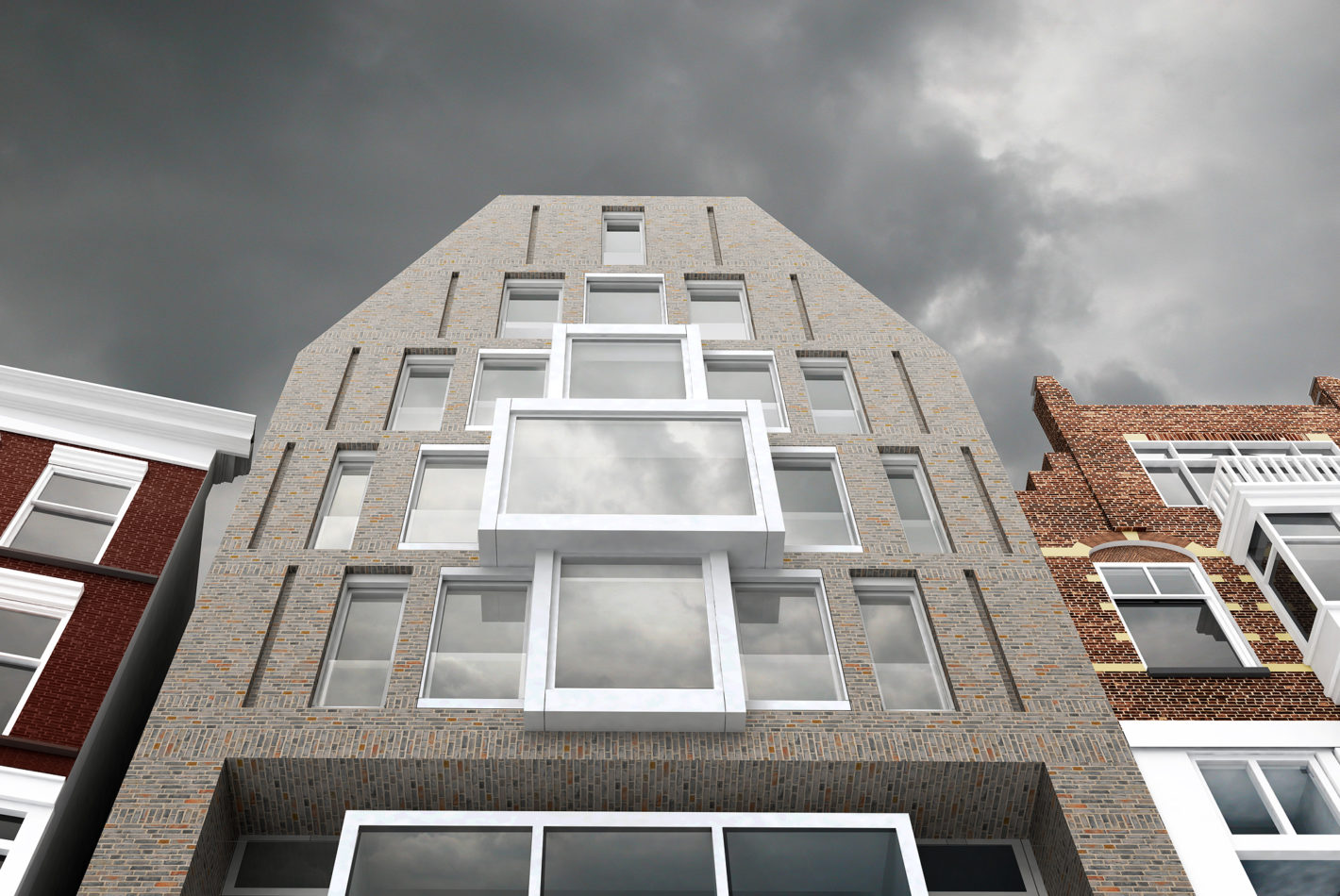 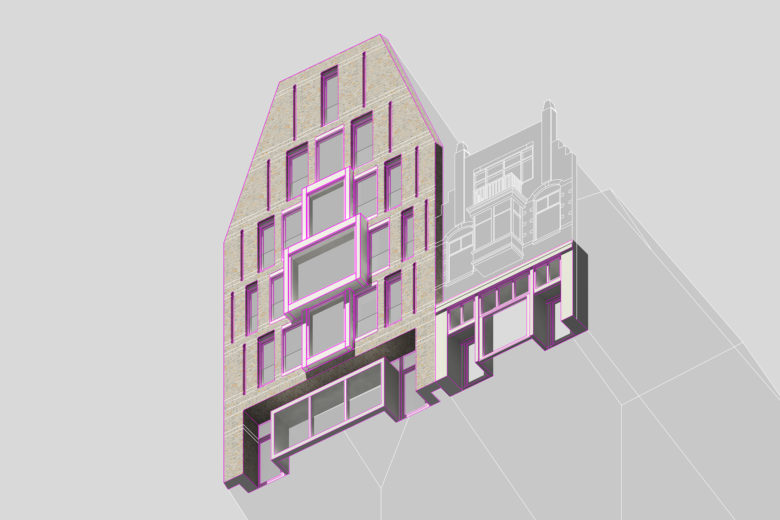 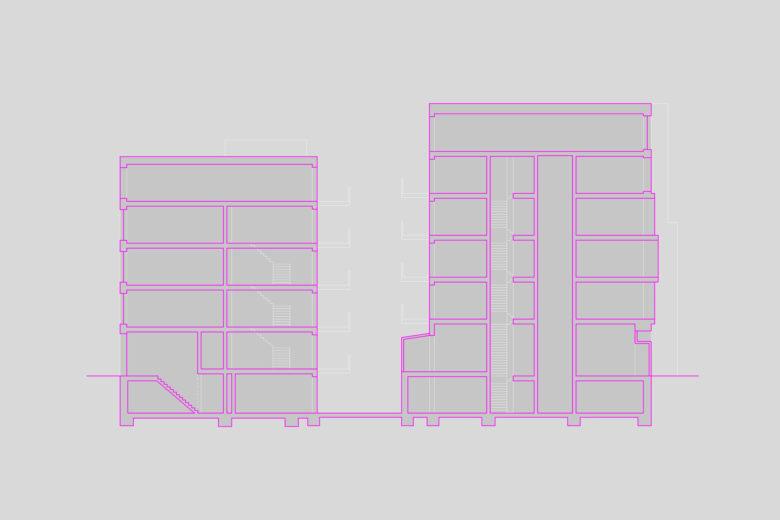 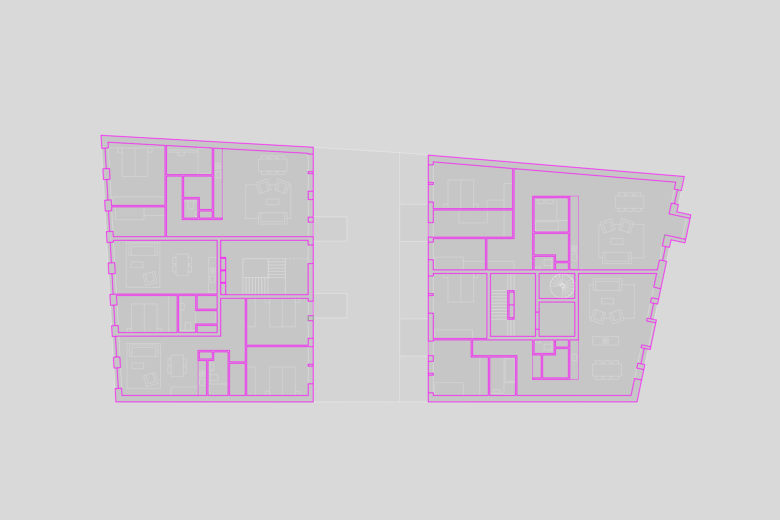 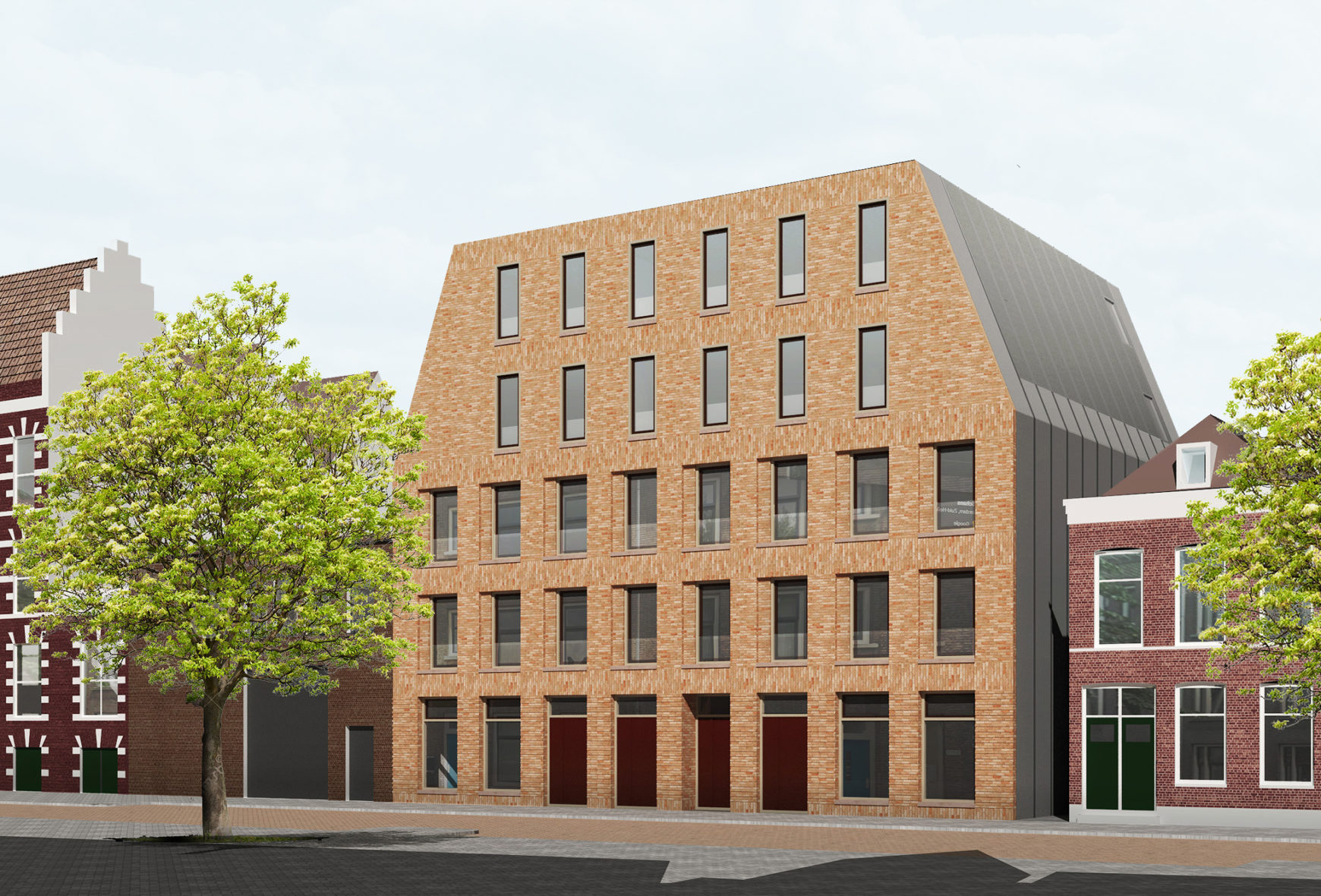 Delfshaven is a historic harbor neighborhood within the city of Rotterdam, founded in the 14th century in order to facilitate water access to the river Maas for the remote town of Delft. Its picturesque historic waterfront with its many ancient buildings is a frequented tourist destination.

The buildings along the waterfront are tightly aligned volumes of various forms and heights with frontal facades added as individually articulated, distinctively period-based facades. Our project for two housing buildings aligned behind each other maximizes the usable floor area size within the zoning envelope while carefully accommodating the volumes and their architectural expression within its context.

The building front facing the water merges the two dominant compositional façade strategies of its historic neighbors – the pattern and figure motives – into a contemporary yet decidedly contextual expression. The building volume behind affirms the same morphological language of its frontline pendant and reflects the modest architectural tone of its street front neighbors in its façade.

The project was cancelled before filing for building permit as the client sold the plot.

Housing with 22 apartments and commercial space