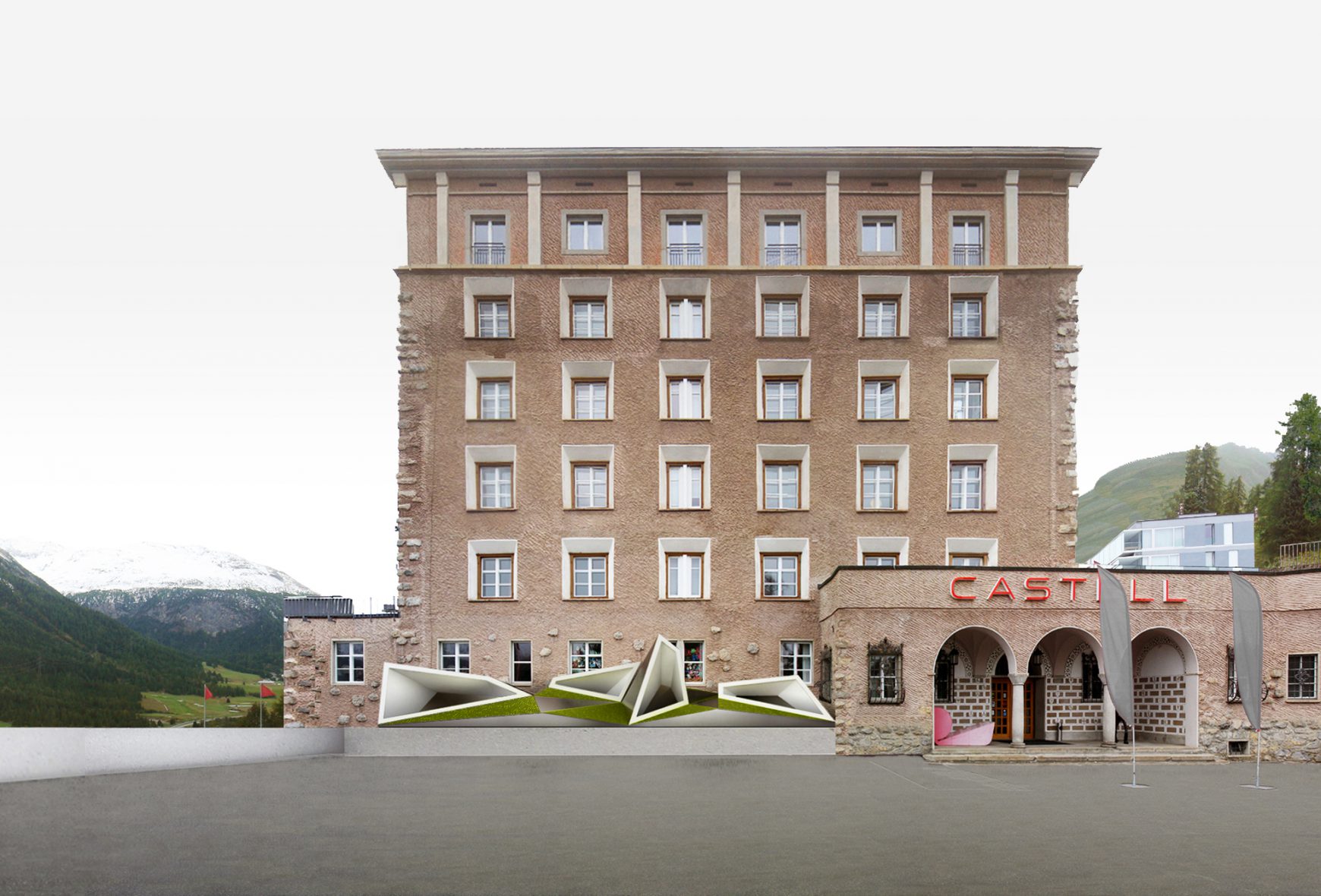 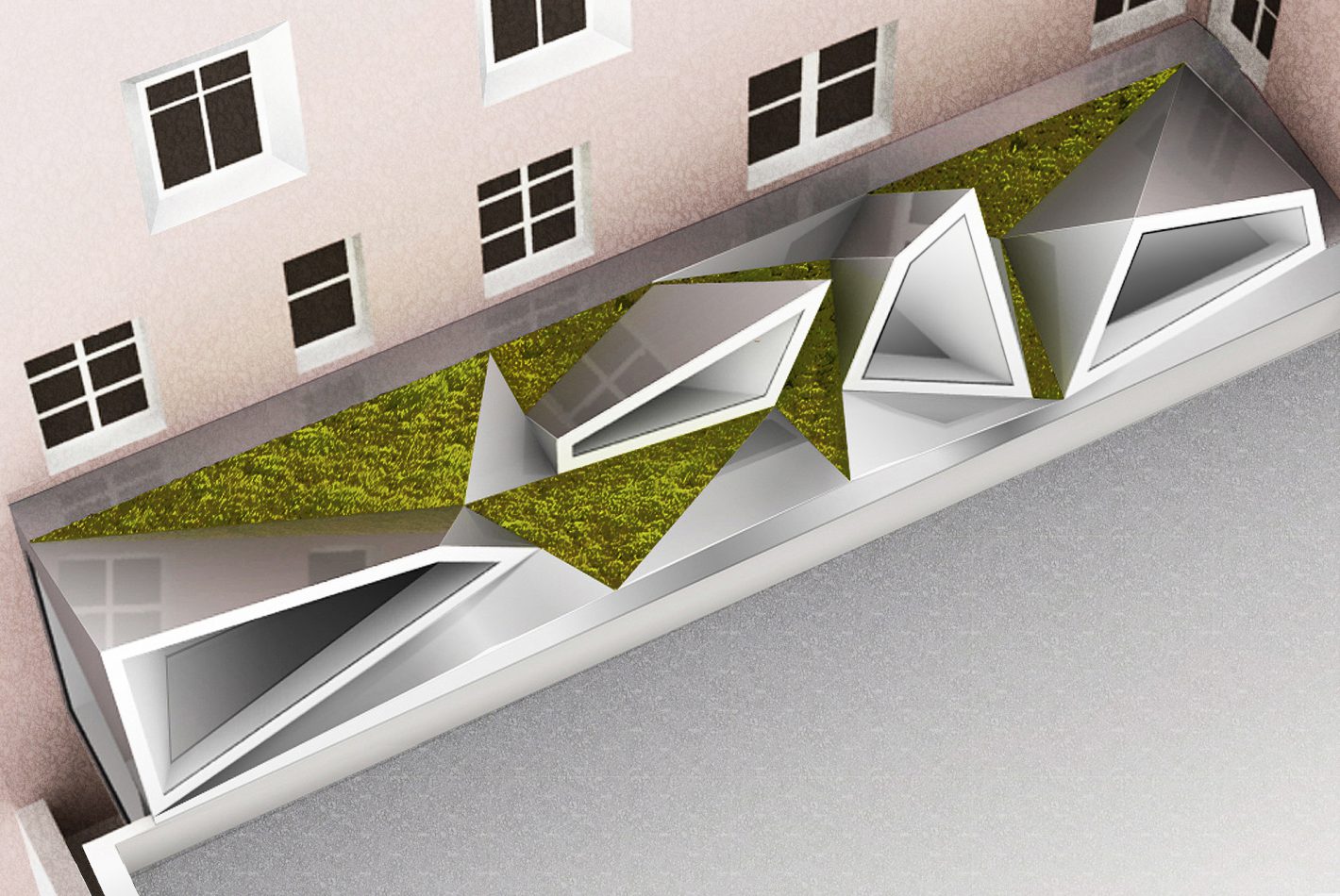 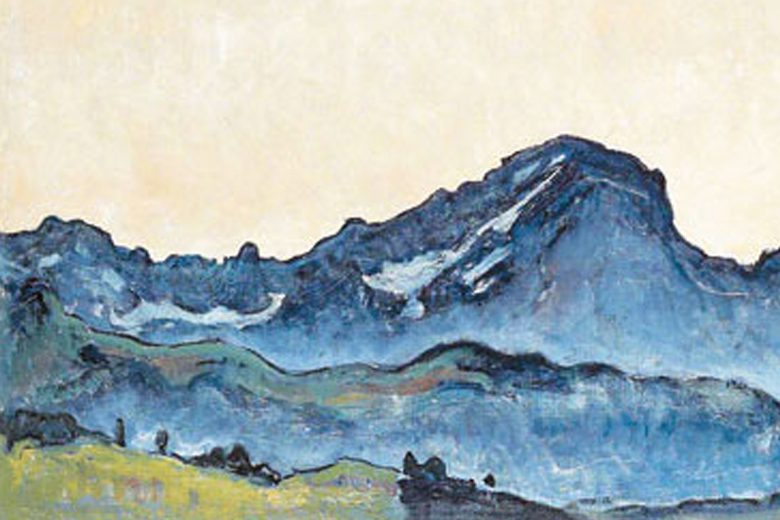 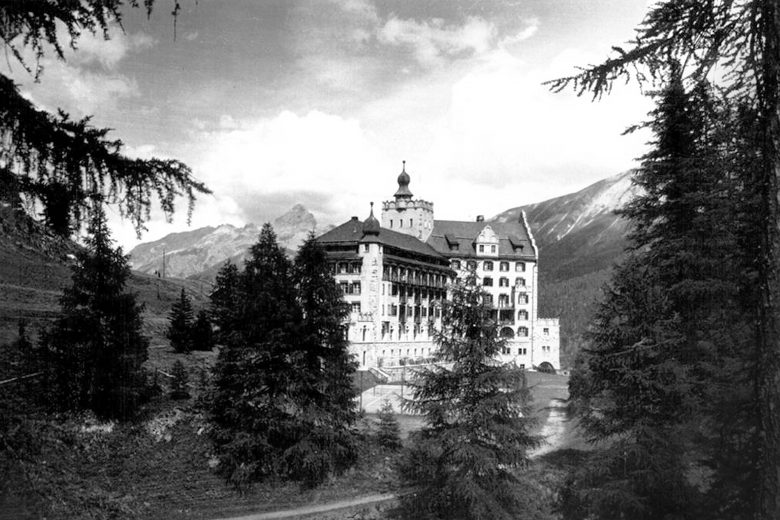 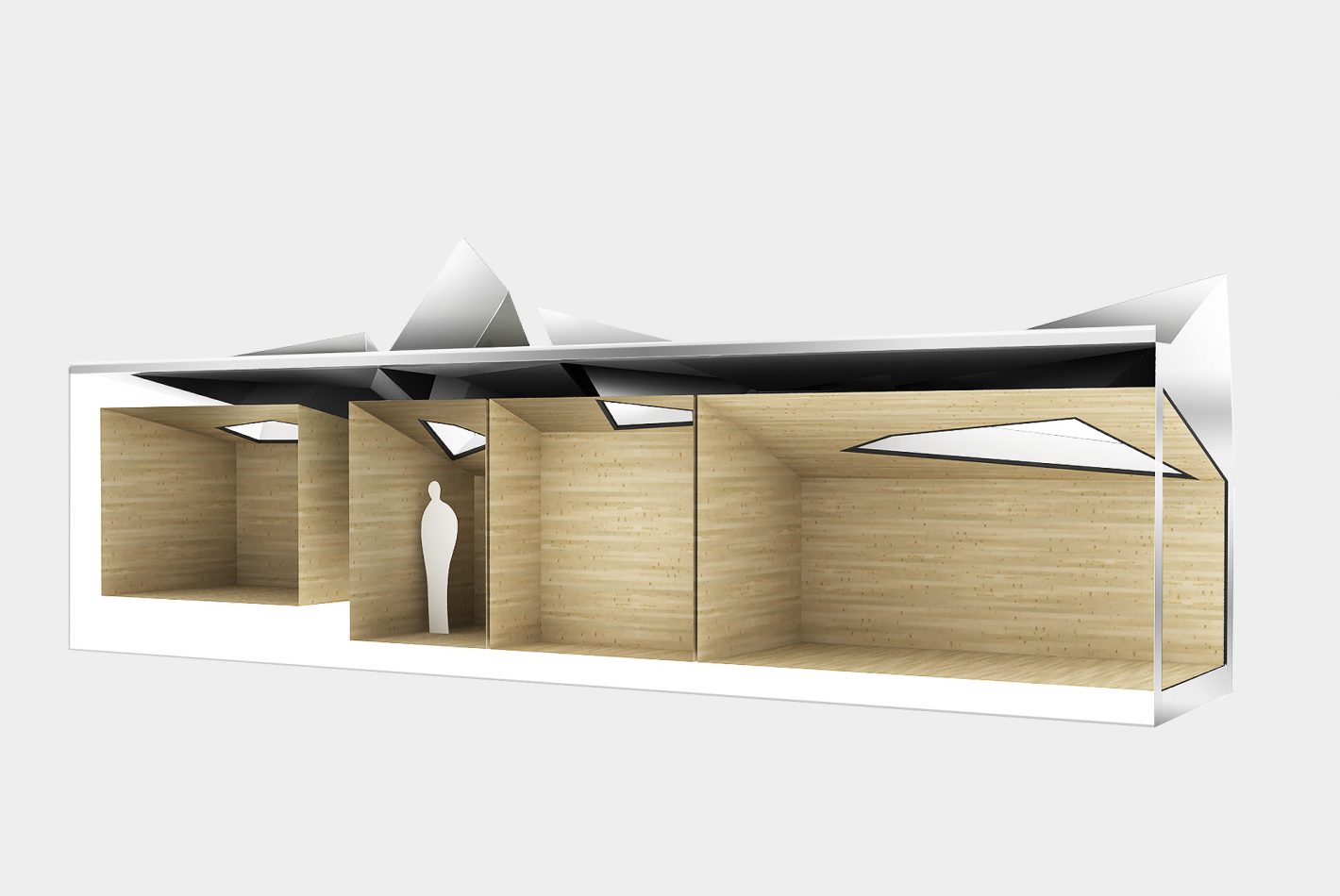 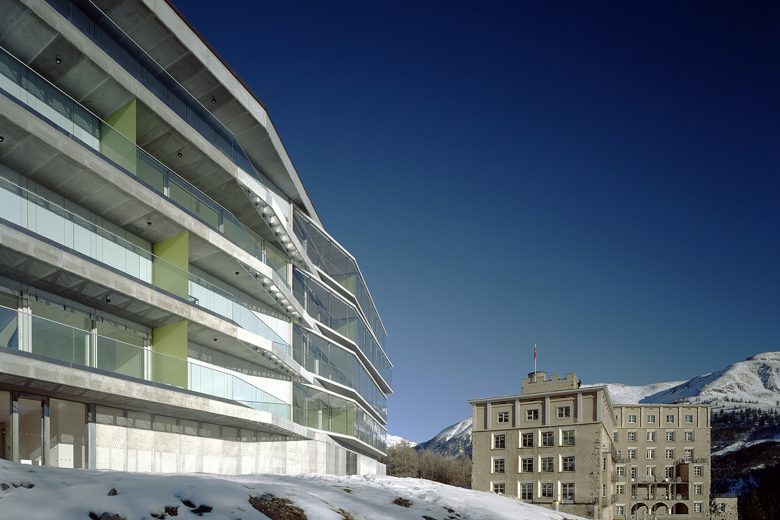 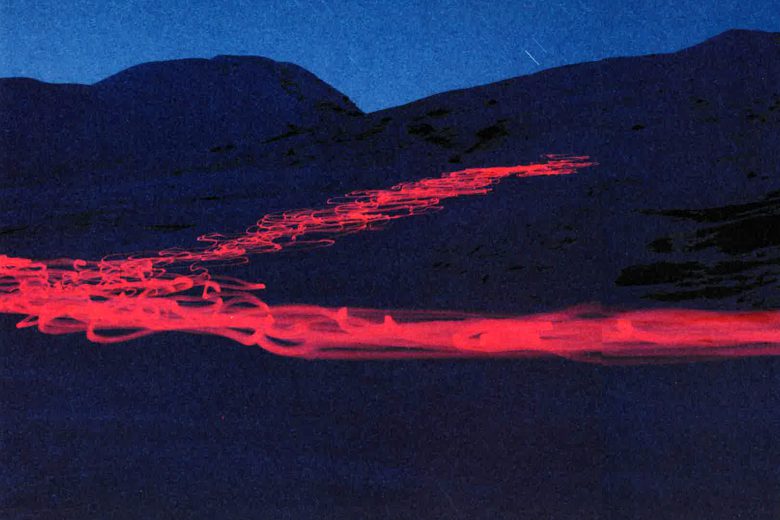 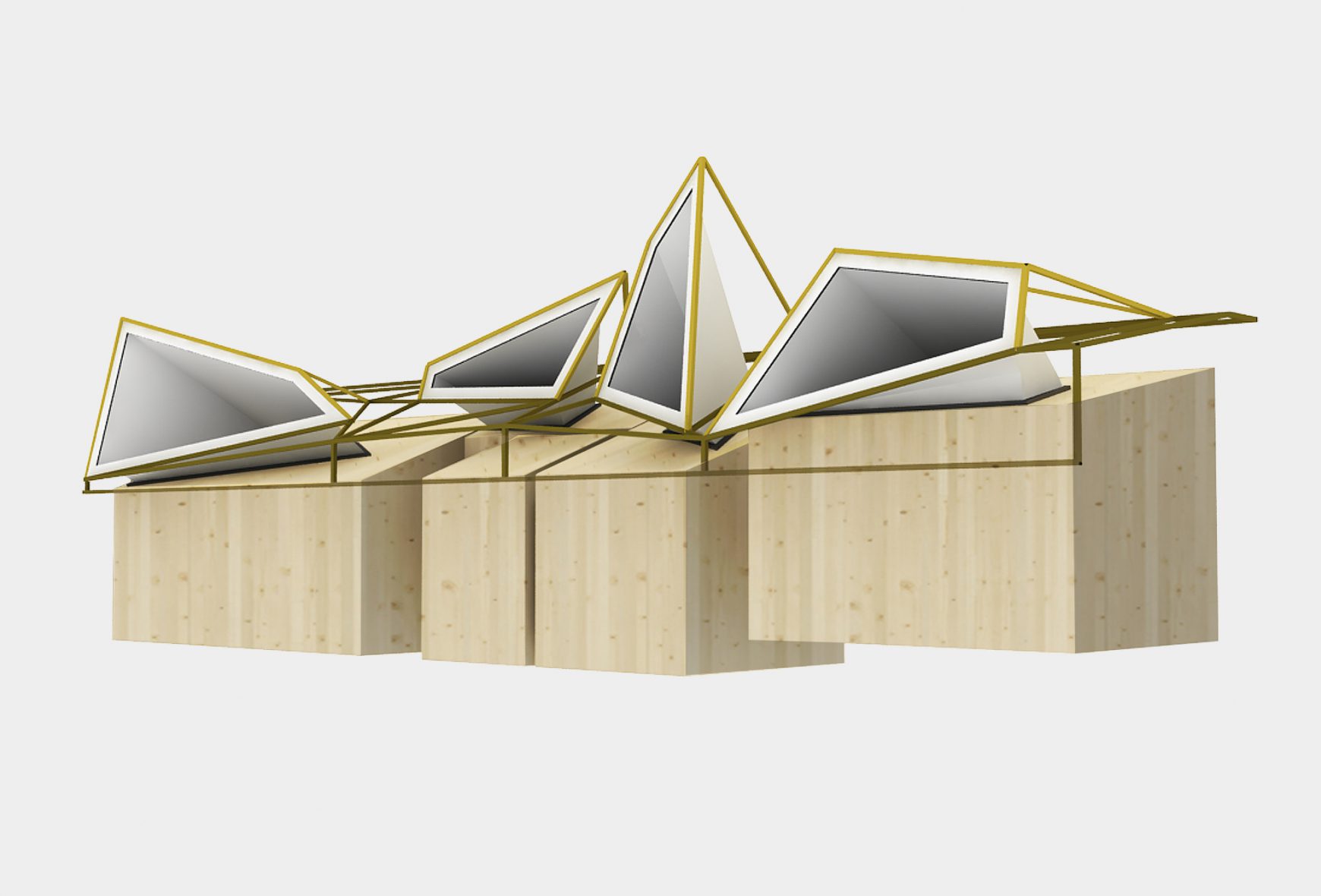 The Engadin-based Hotel Castell was designed by Nicolaus Hartmann Jr. in 1913 in the wake of emerging alpine tourism that redefined radically the cultural perception of the Swiss Alps. What had been known for centuries to travelers as hostile passage between Middle and Southern Europe became in the second half of the 19th century an aesthetic landscape charged with entirely different, positive values. As part of a wider cultural redefinition of the notion of nature in reaction to the troubles forthcoming from the modernization of city and society during industrialization, the mountains became a destination for new forms of health and sport travelers for a small cultural elite, anticipating the post-war mass tourism of the second half of the 20th century. After 90 years of mixed fortune, the hotel underwent in 2004 an extensive renovation and extension by architects UN Studio (with project architect Olaf Gipser) and Hans-Jörg Ruch.

Situated in a narrow gap between the hotel and one of its parking decks, the task of this small project was to accommodate two body treatment rooms while adding a new quality to the hotel’s entrance façade. The architectural language of this small annex continues to address the relationship between the urban enclave of the hotel and its grandiose landscape context: while the original building constructed an intriguing scenography of the hotel as solitary castle monument, rendering its surroundings as untamed and dangerous, and the 2004 extension added an apartment building of outspoken urban identity, thus emphasizing the meanwhile achieved domestication of the mountain landscape, this project articulates architectural form as contextual mediation between equally valued and merging patterns of culture and nature. Its roof landscape resonates with characteristics of both the hotel (window elements, entrance loggia) and the landscape (mountains). These analogies are both formal and performative, responding to concerns of daylight, snow, and rainwater drainage.

The small extension is designed to be made of prefab cross-laminated timber (CLT) as simple spatial and structural frame with a geometrically more complex, folded roof cladded with aluminum panels and vegetation patches.