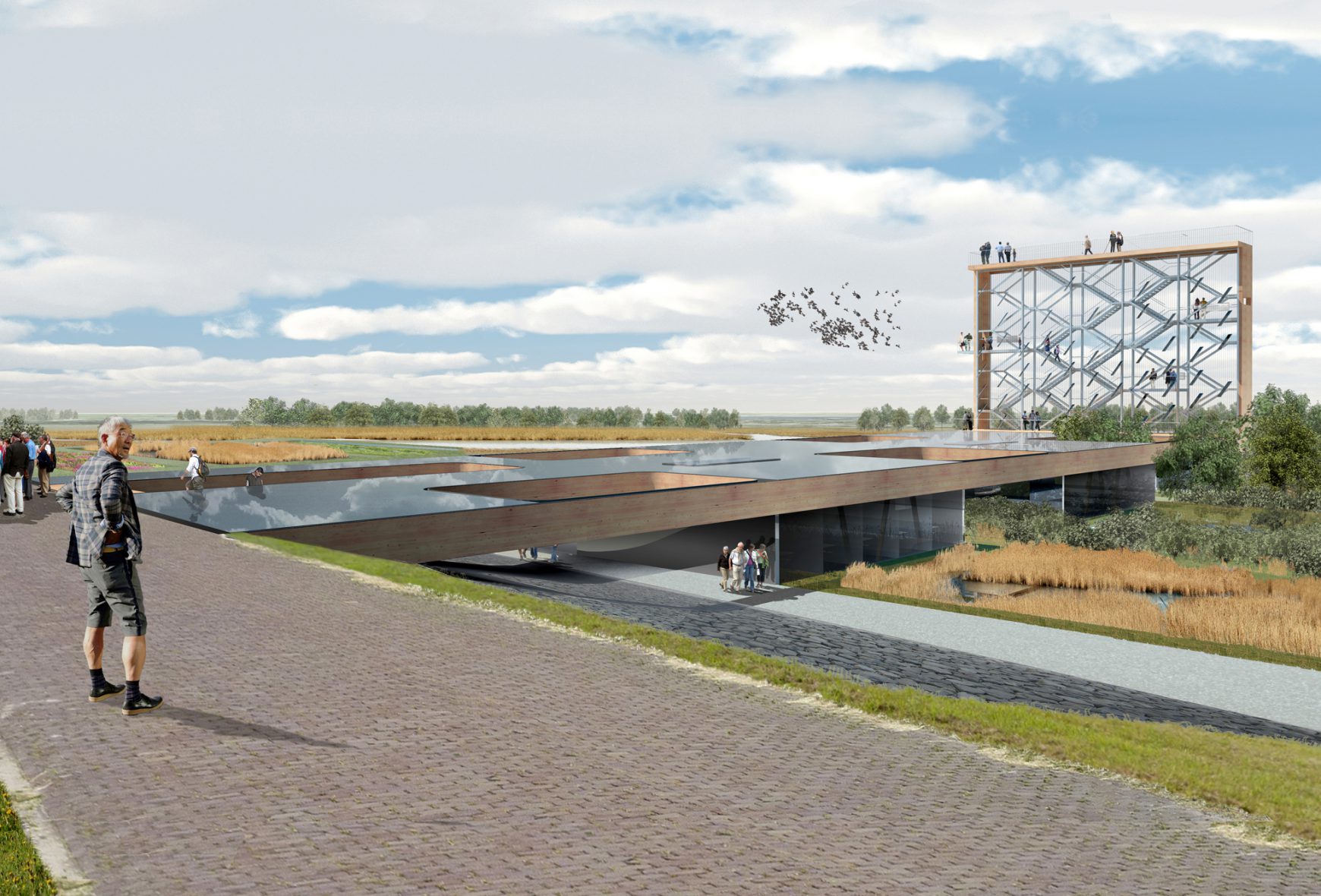 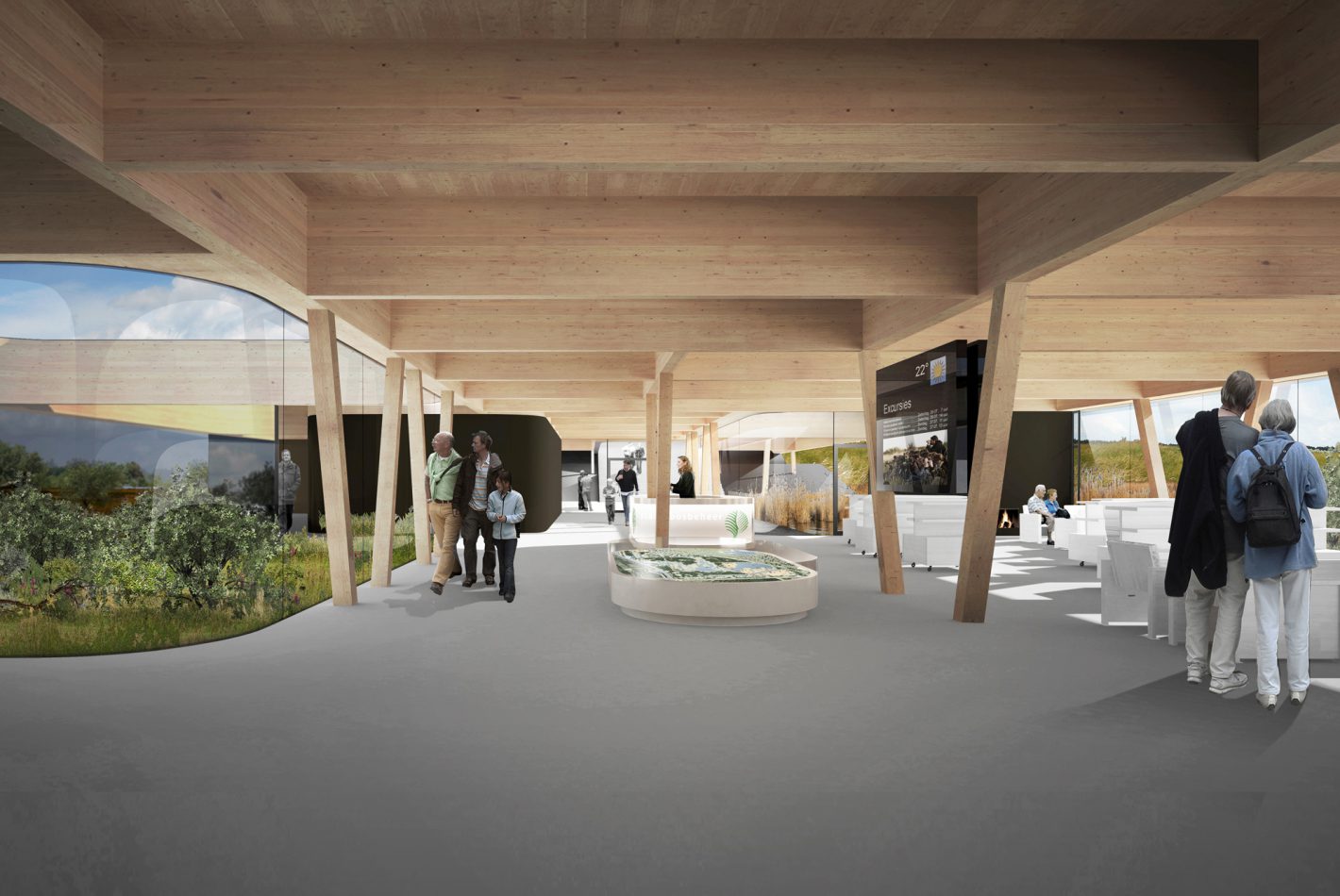 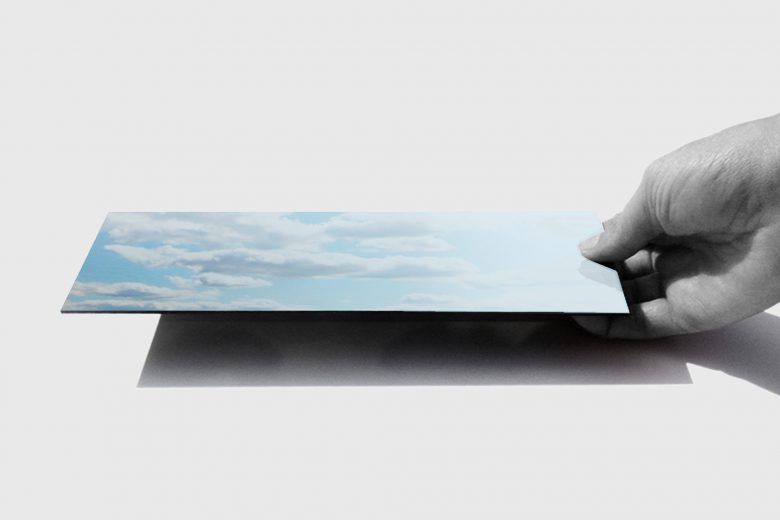 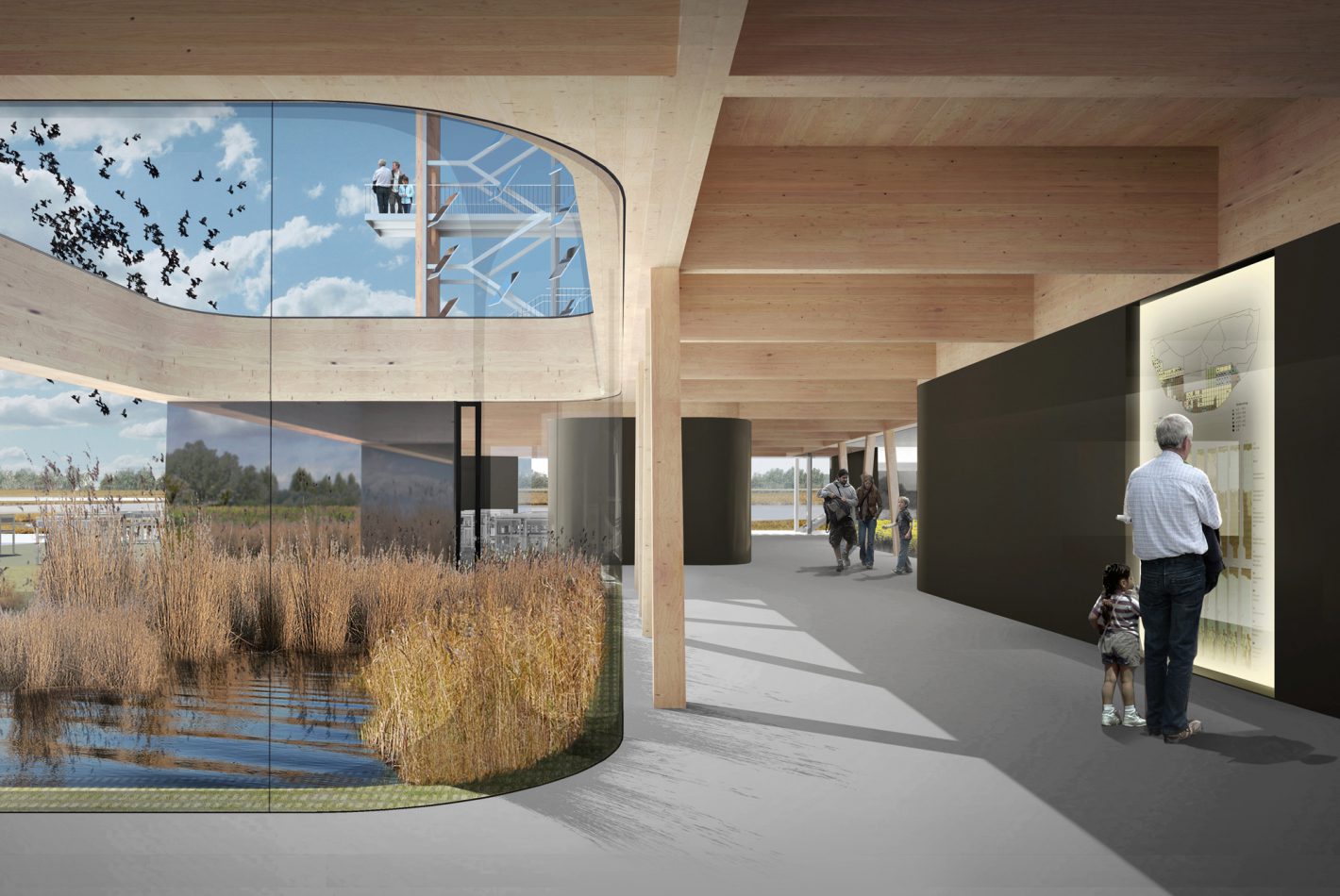 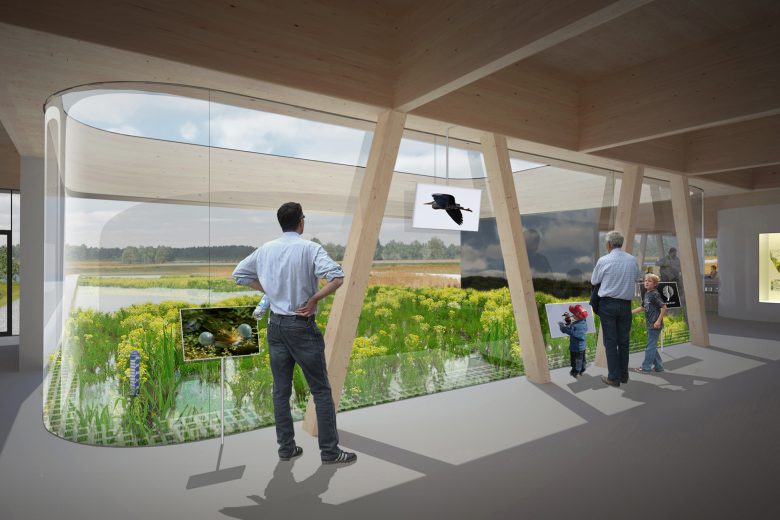 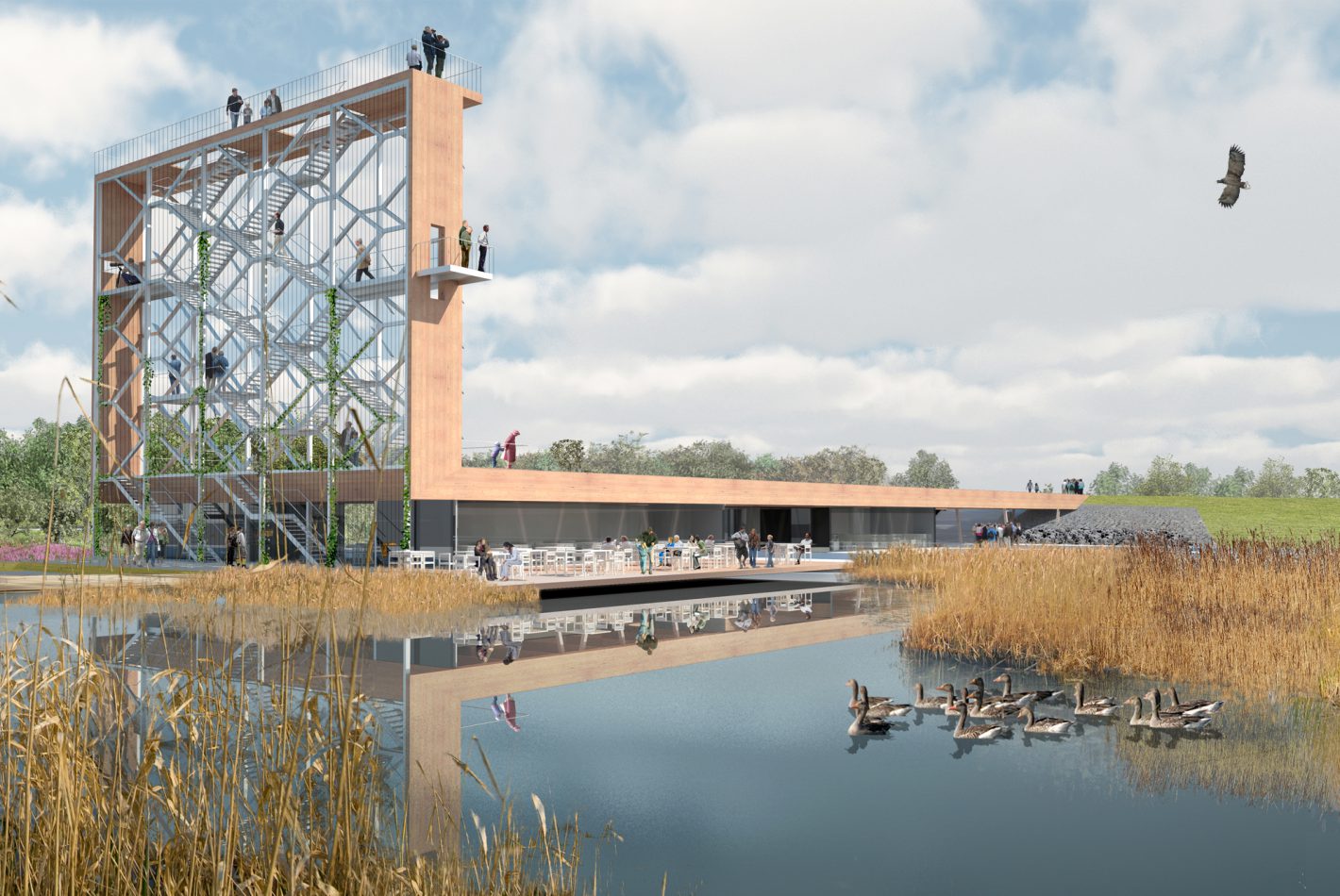 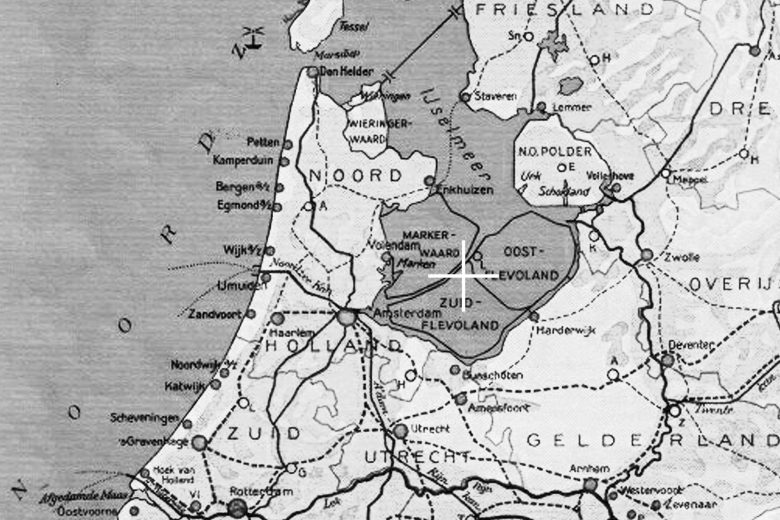 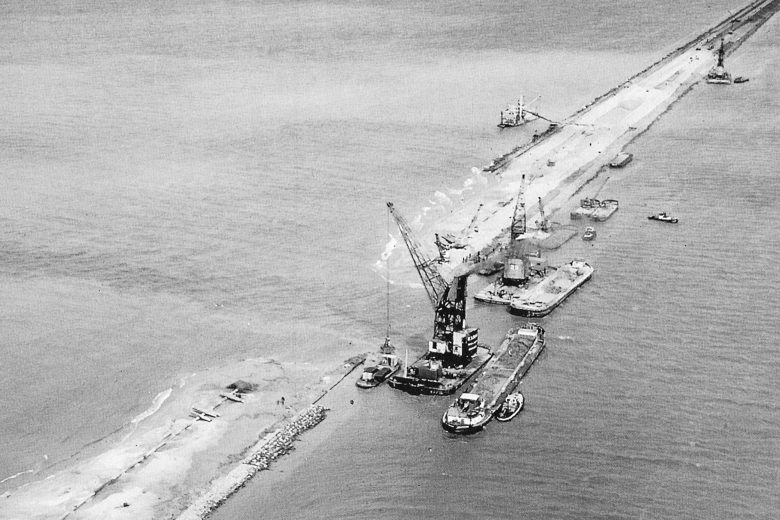 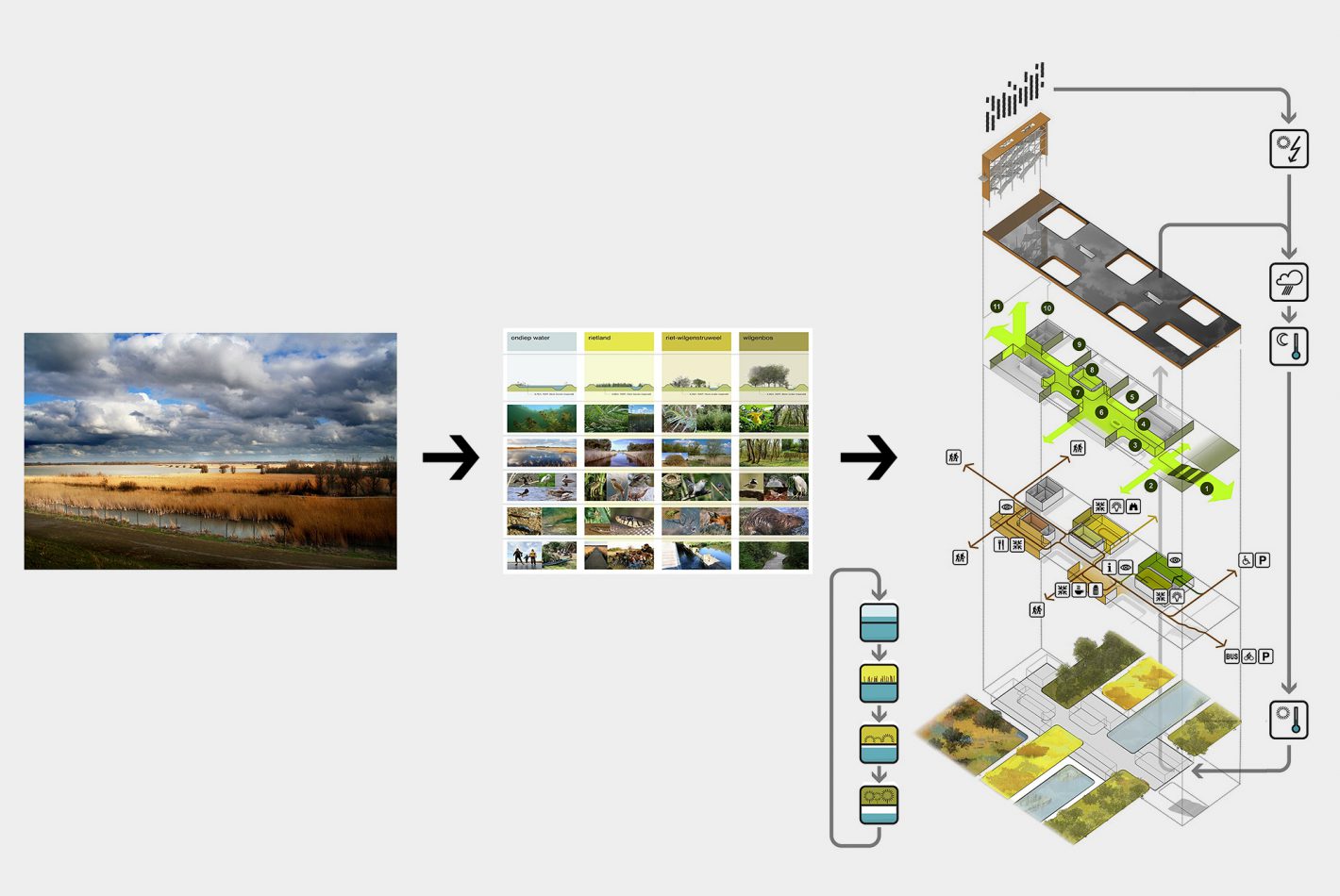 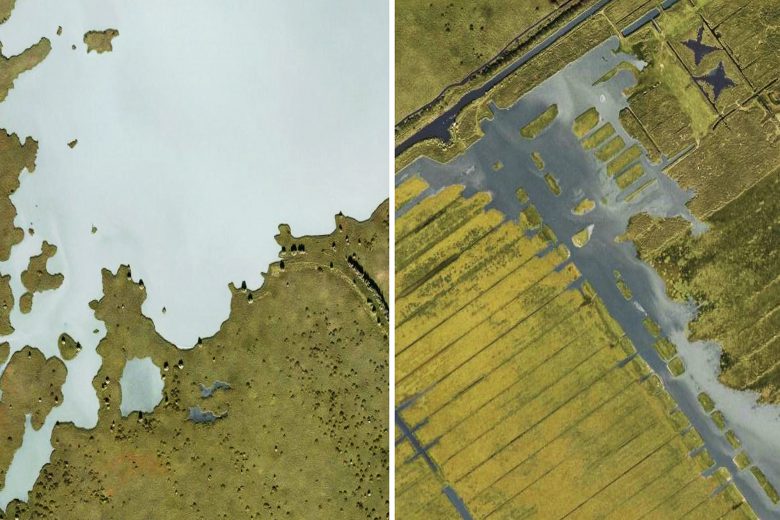 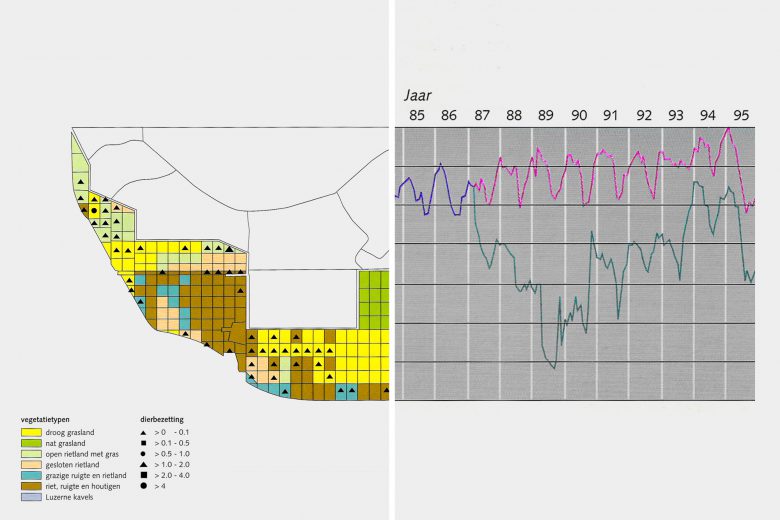 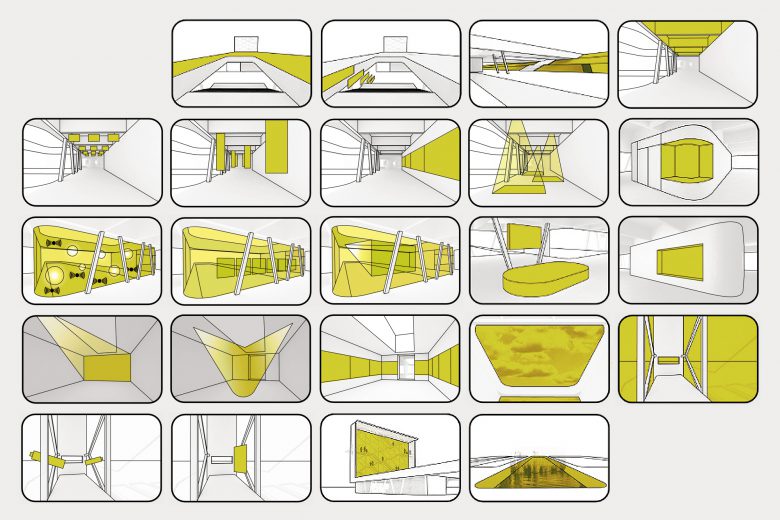 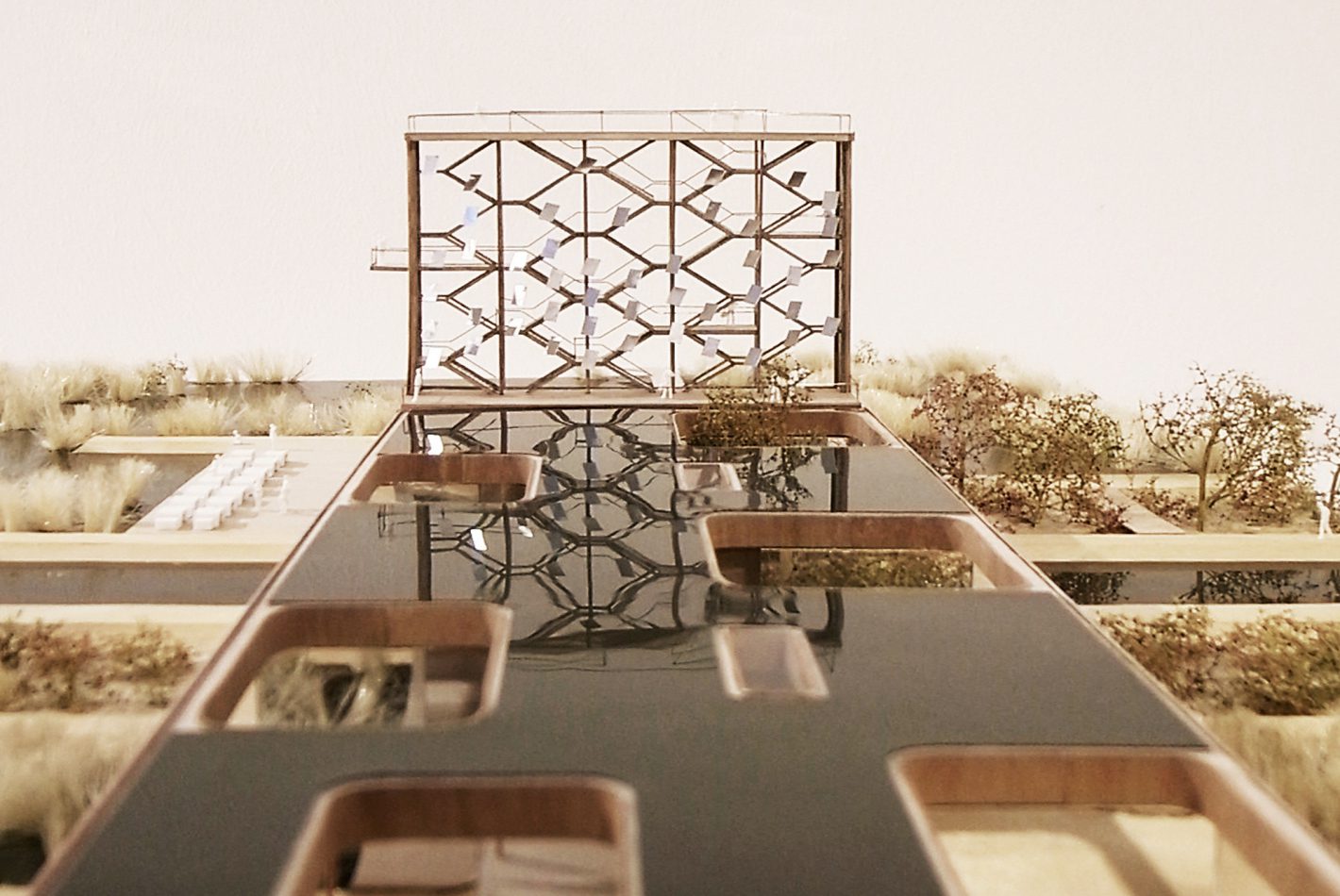 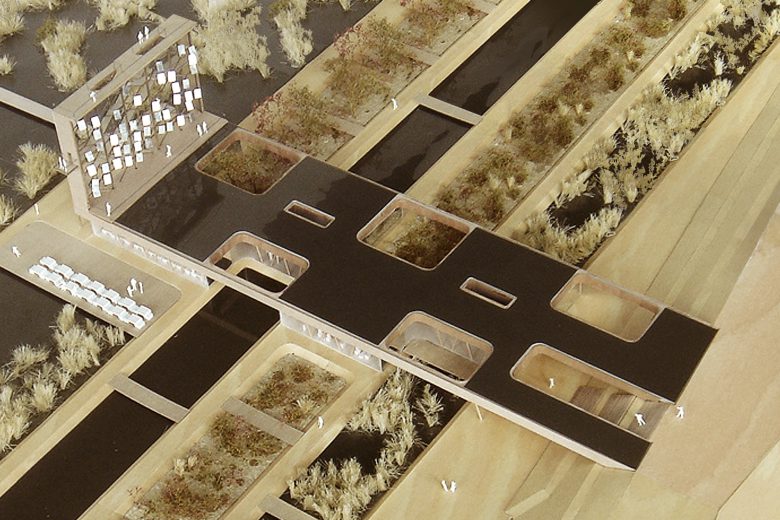 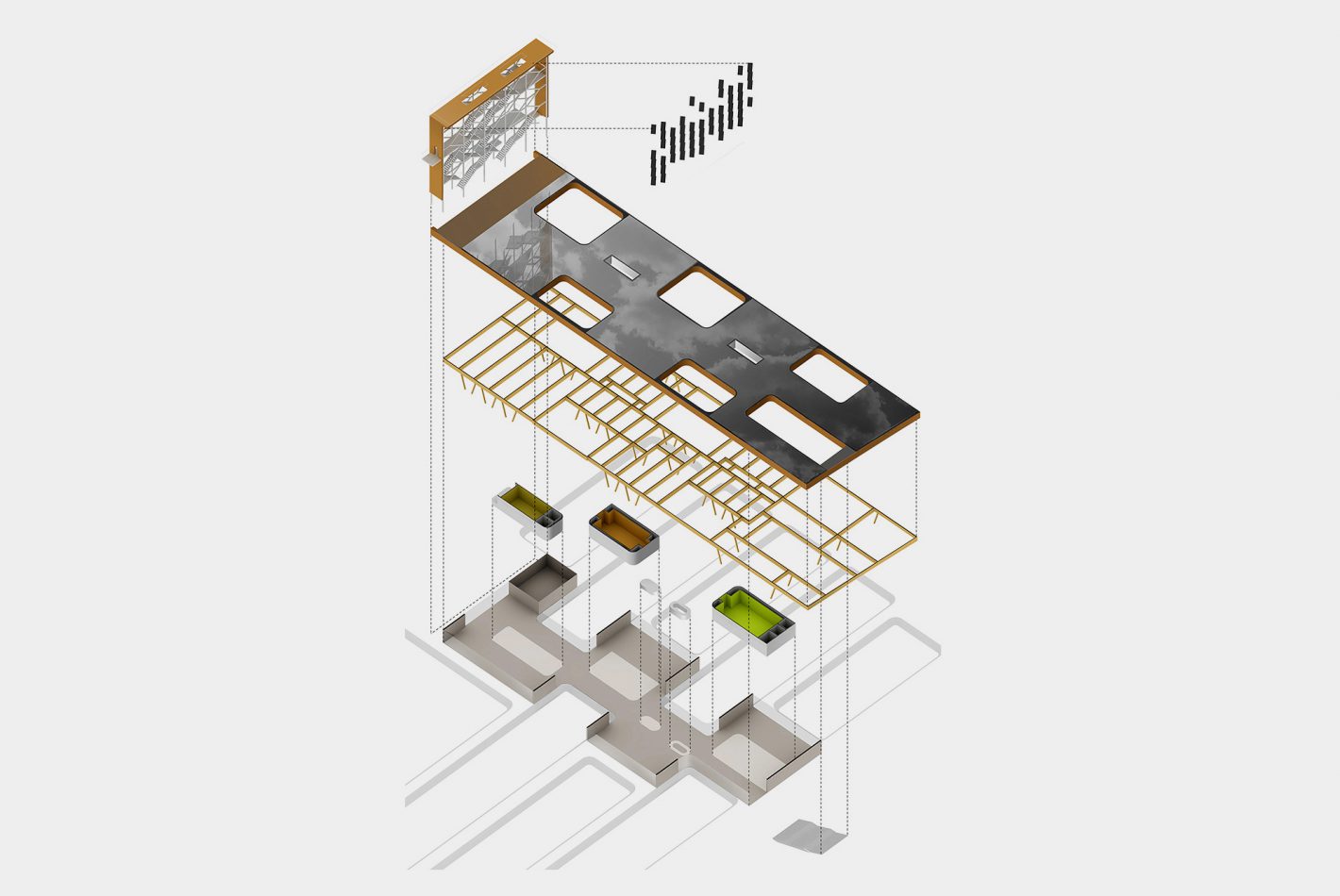 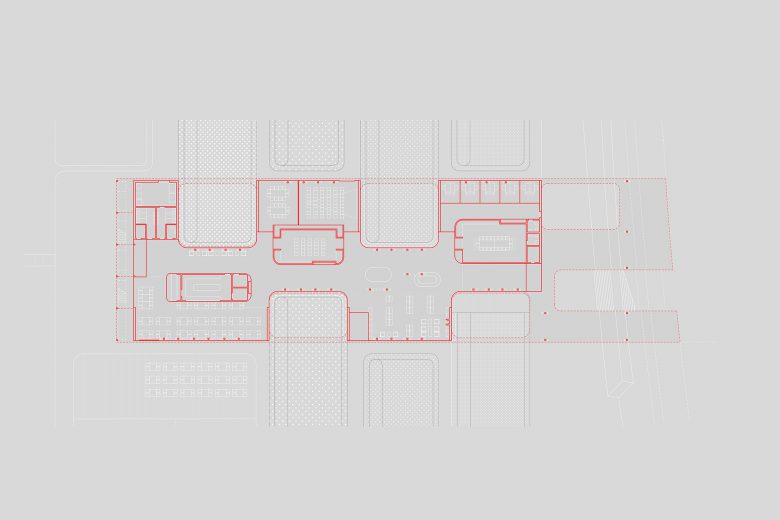 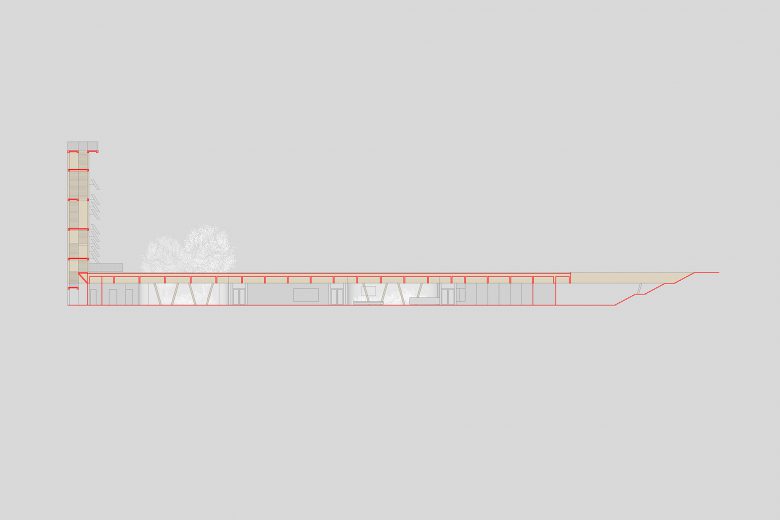 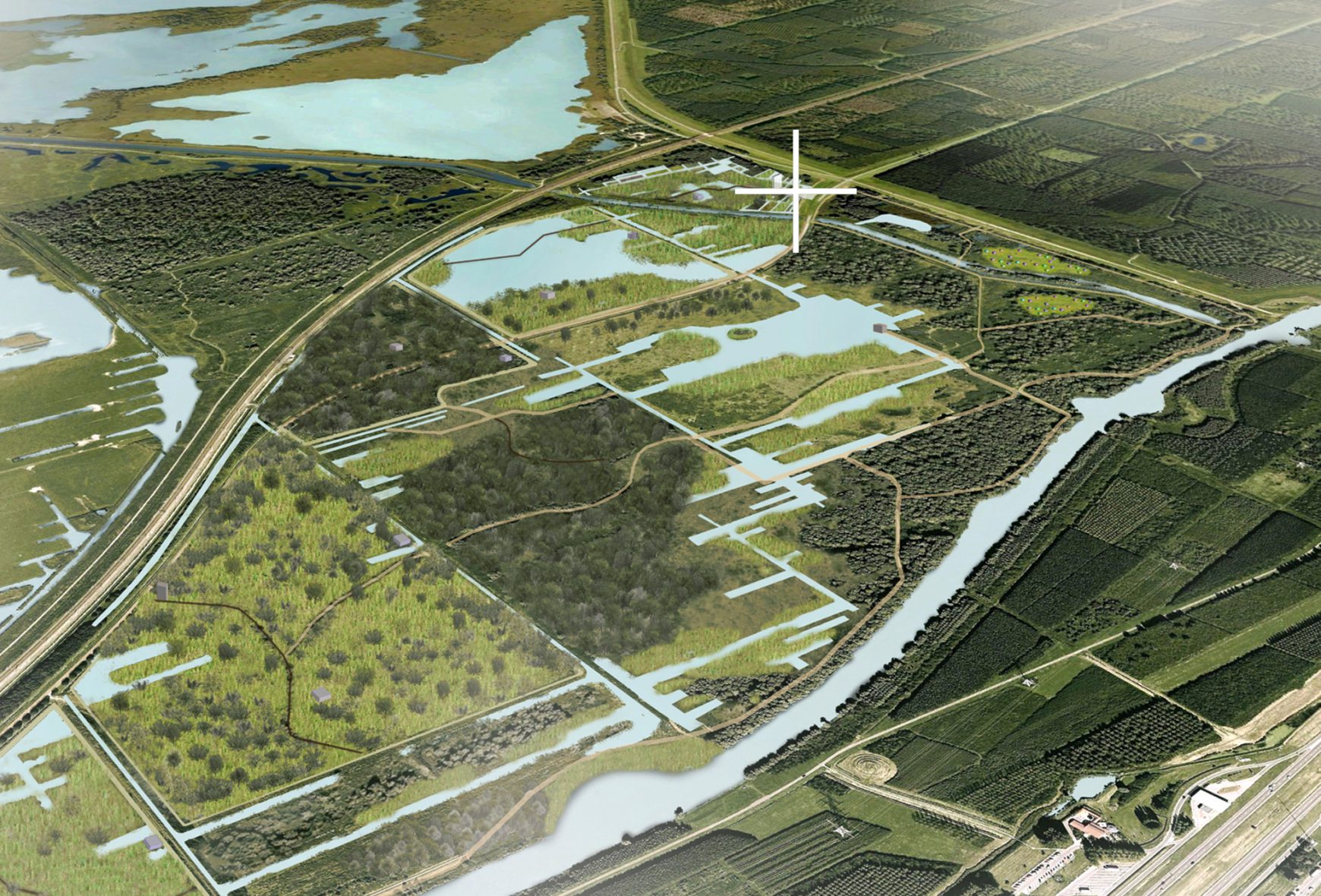 The Oostvaardersplassen are a young and for its uniqueness internationally renowned Dutch nature reserve of ca. 5,600 hectares in South Flevoland, a territory reclaimed in 1968 and located just half an hour away from Amsterdam. Initially reserved for industrial use yet never developed, the wetland landscape became throughout the years and many political struggles a bird reserve of European significance and eventually a large outdoor laboratory for the the novel and influential Dutch concept of ‘nature development’: in addition to the season-related birds, other large animal populations (goose, grazing mammals) and water management measures were introduced to induce natural processes and dynamic ecological cycles.

The visitor center is located at the periphery outside the actual, closed-off nature reserve in a landscape which has been designed as model of Oostvaardersplassen accessible for a larger public. The building translates essential qualities of the man-made landscape and is conceived as didactic instrument for visitors to learn about the the actual nature reserve. It is defined by three architectural key elements that all oscillate between architecture, landscape, and infrastructure.

The spatial organization of the floor plan interweaves landscape with architecture, outside with inside. The four characteristic types of the local wetland vegetation (from shallow water to bushy forest), all of them forthcoming from variations of the water level in relation to the ground, enter deep into the building’s interior based on a layout typical for the Dutch polder landscape.

A second element is the large water roof, reminiscent of the sea level of the former Zuiderzee. A descending outdoor stair leading down along a dike slope brings the visitors down to the entrance of the visitor center that is located on the former see bed. The water roof is supported by laminated timber beams carrying a CLT-roof plate. Finally and mostly visible from afar, the observation tower with its pattern of multiple stairs refers to the land reclamation technology, a monument to remember a vanished infrastructure, and offers a series of lookout platforms up to 22 m above ground. Its solar panels exhibit the energy neutrality of the building.

The project is the winning result of an international two-phase competition held by the Dutch National State Forestry Agency and was contracted in 2009. Soon thereafter, the political conditions and financial circumstances in the wake of the financial crisis changed and led eventually to the cancellation of the project in 2016.