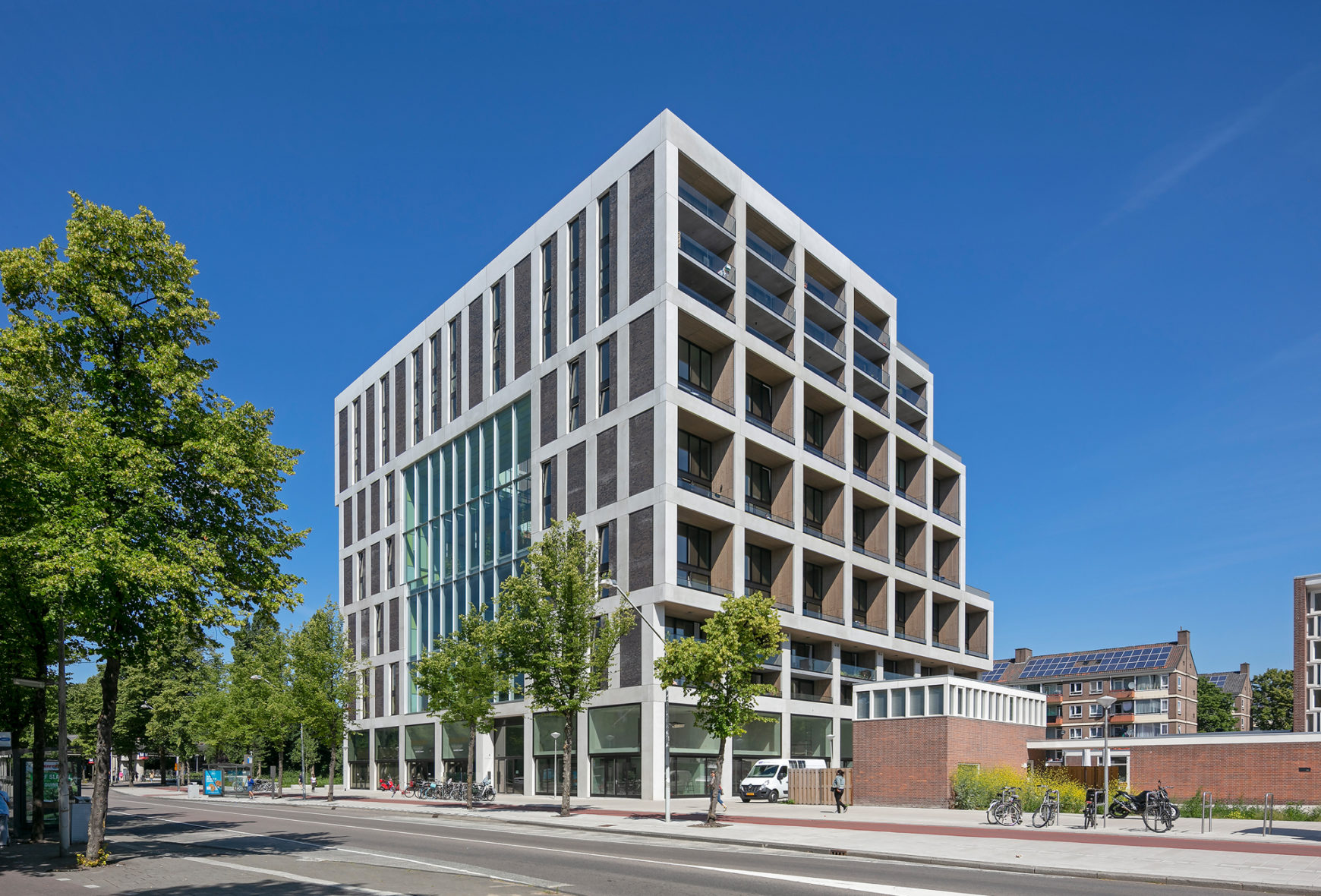 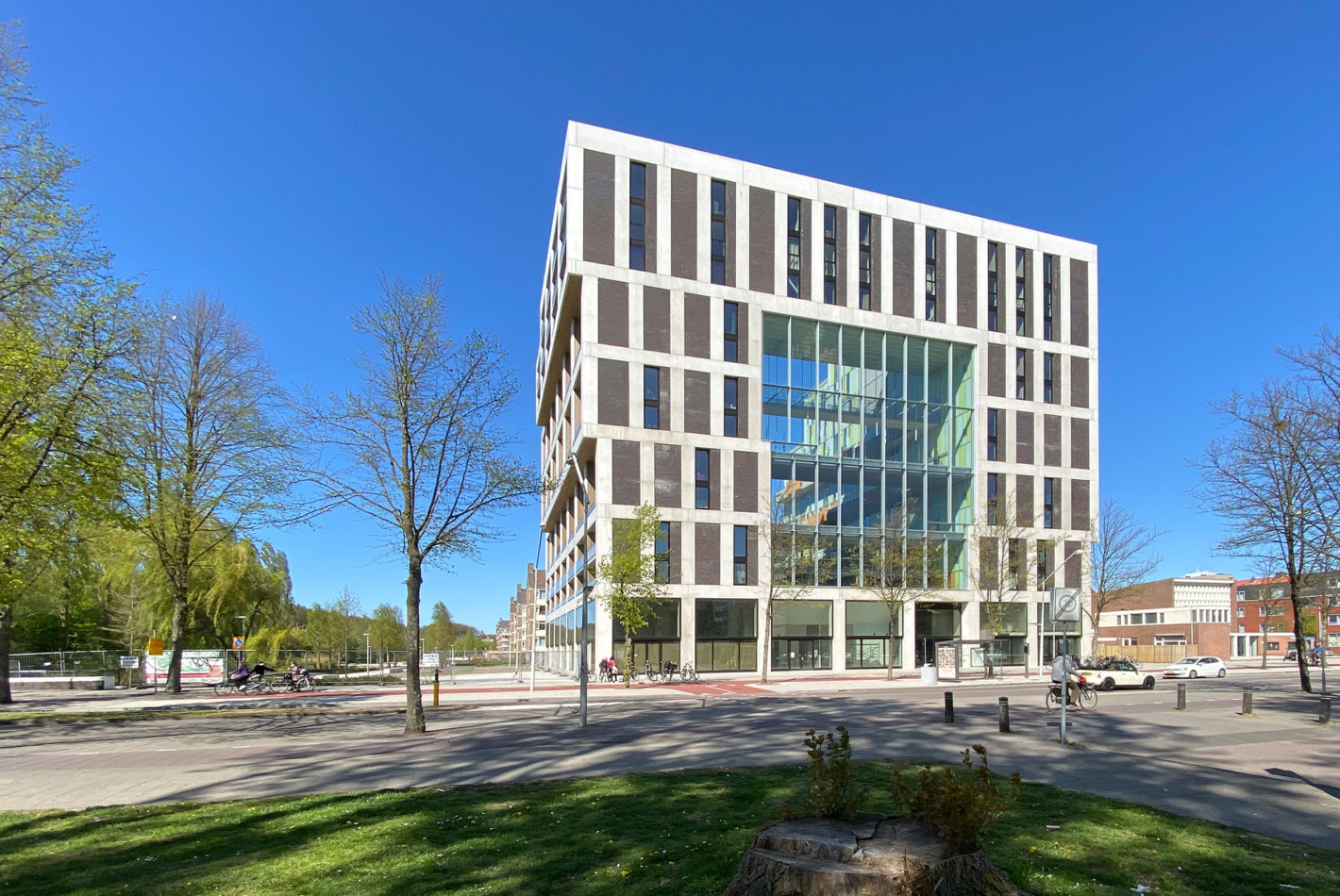 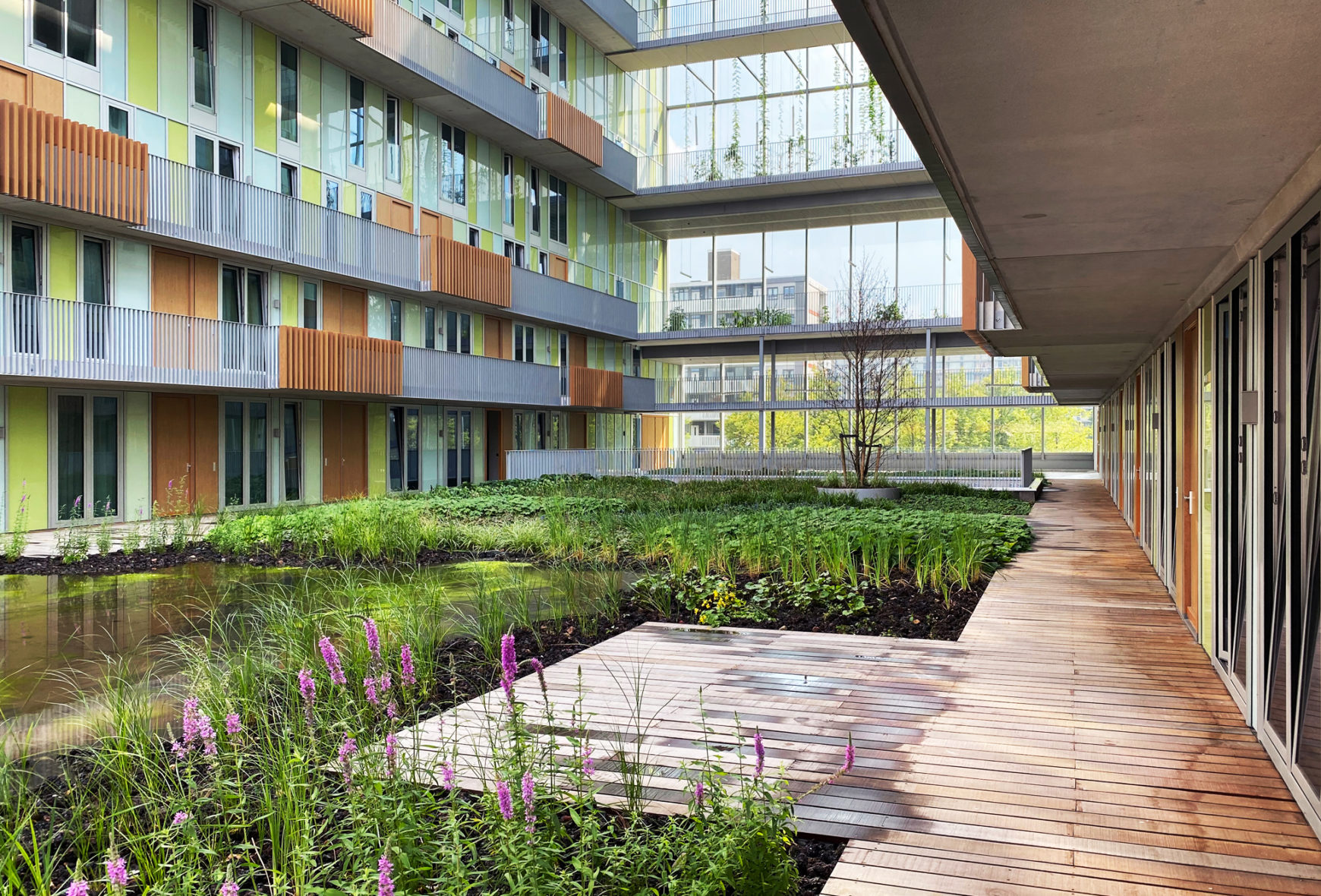 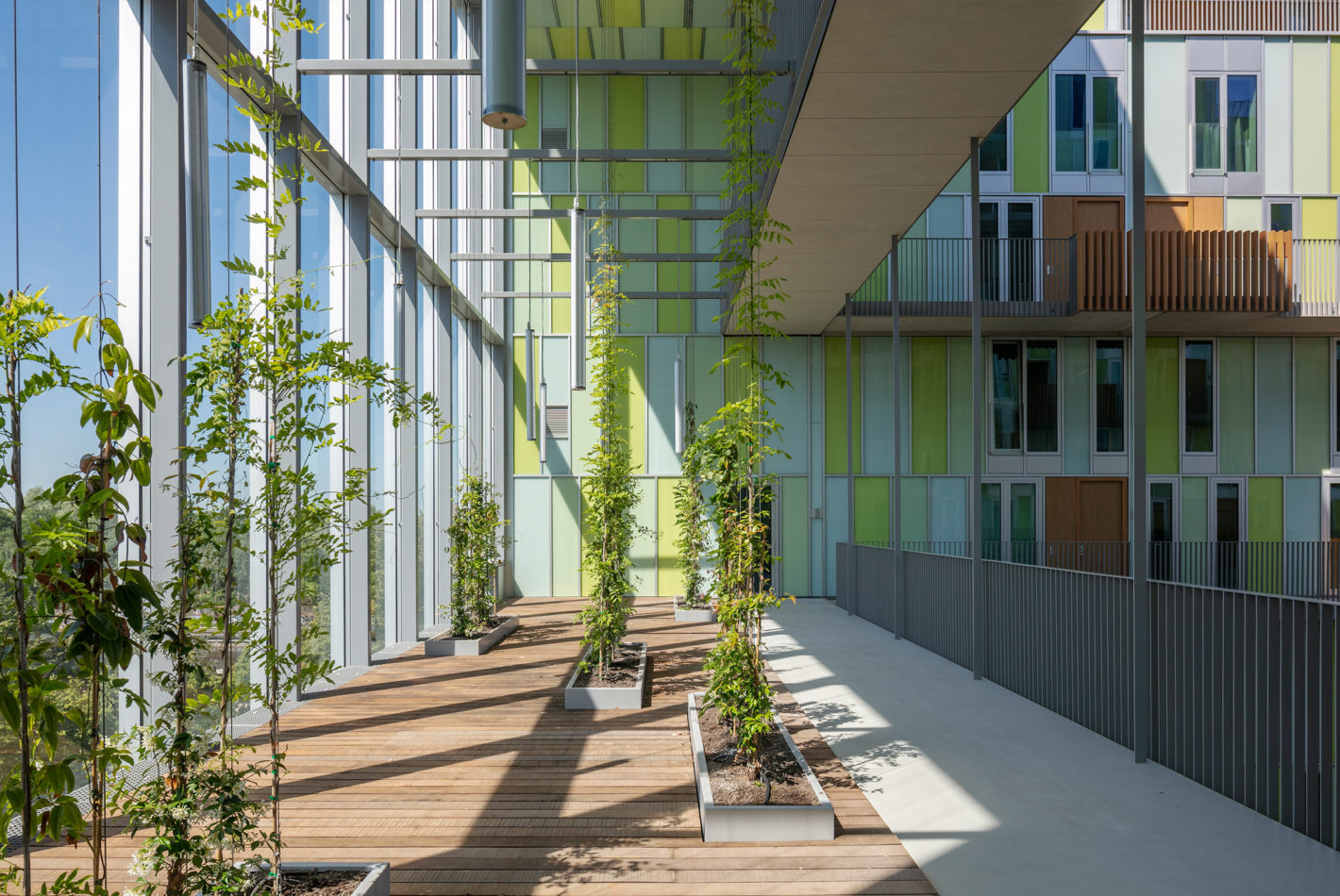 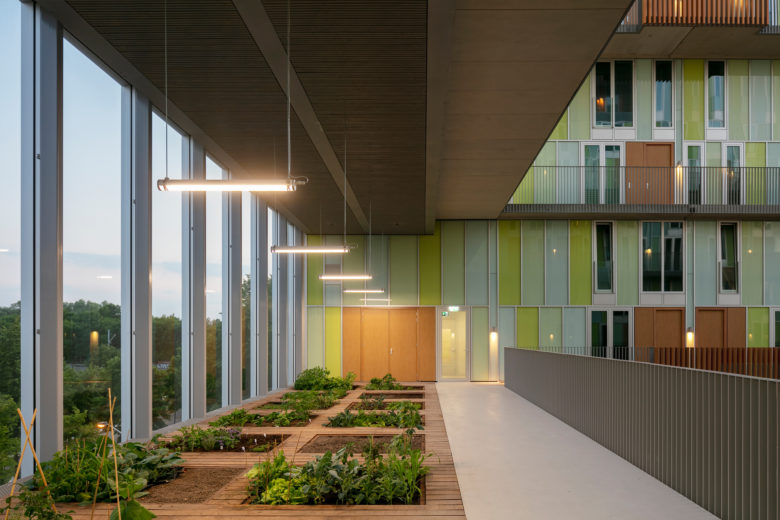 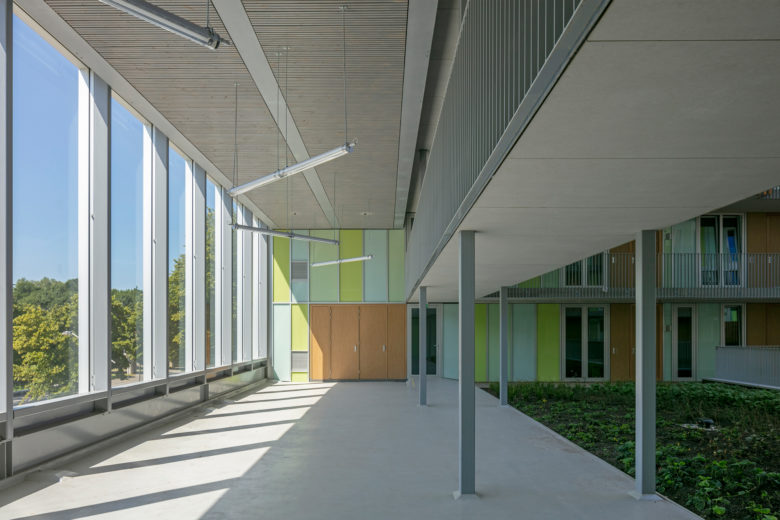 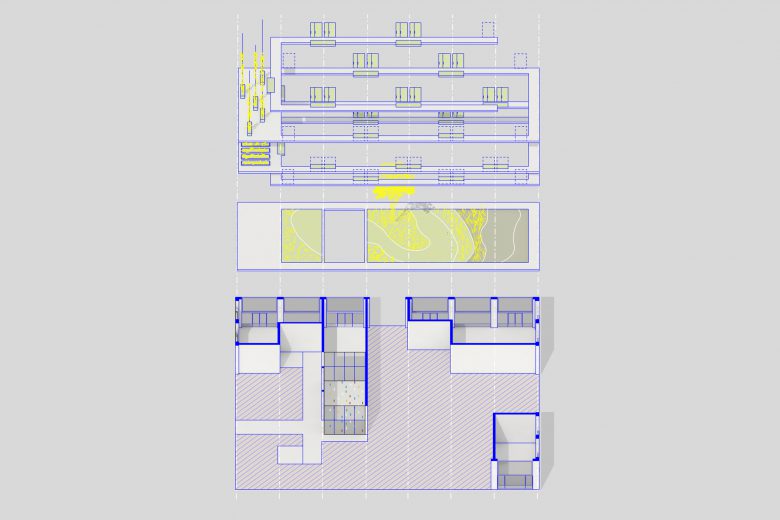 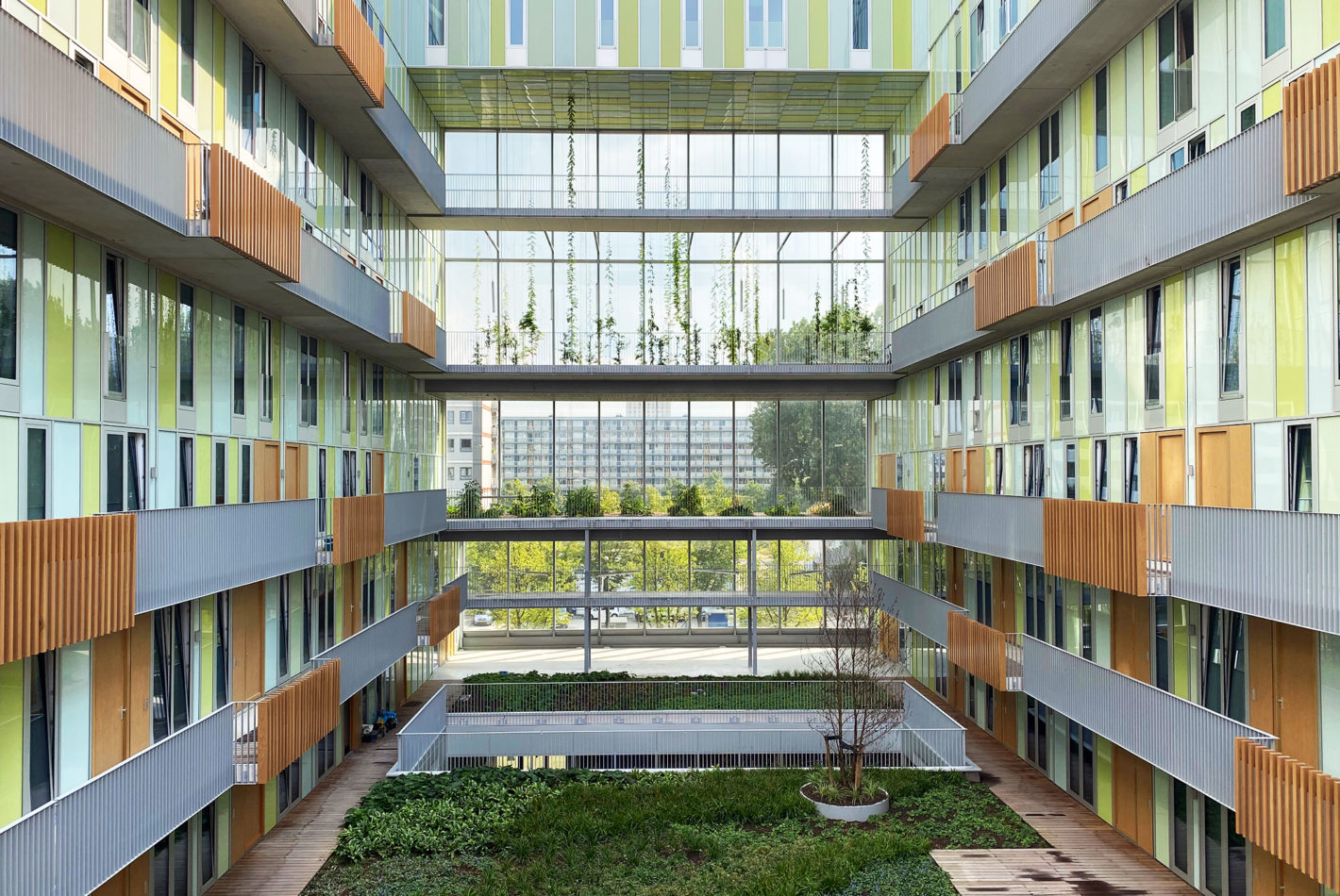 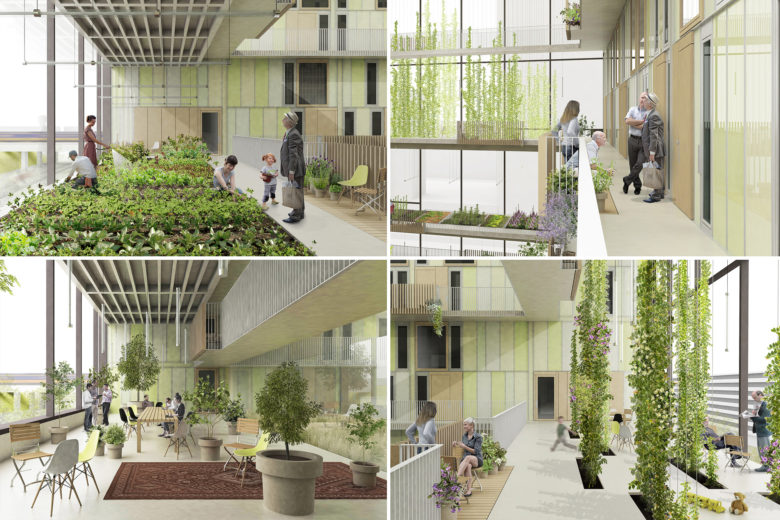 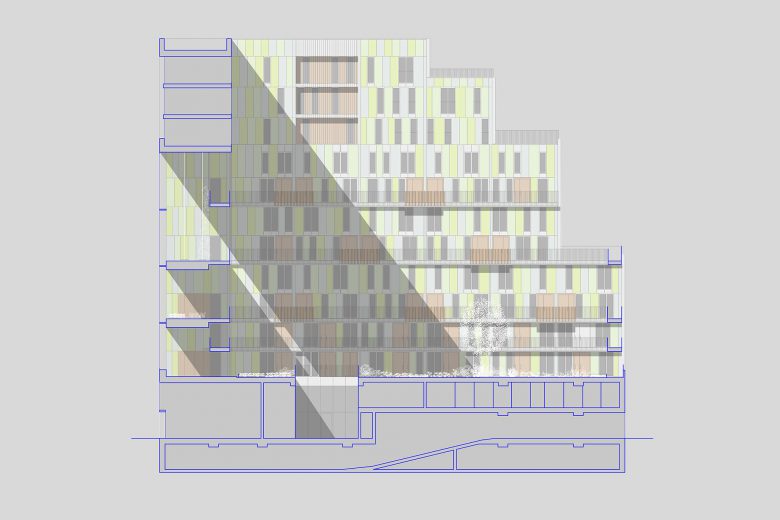 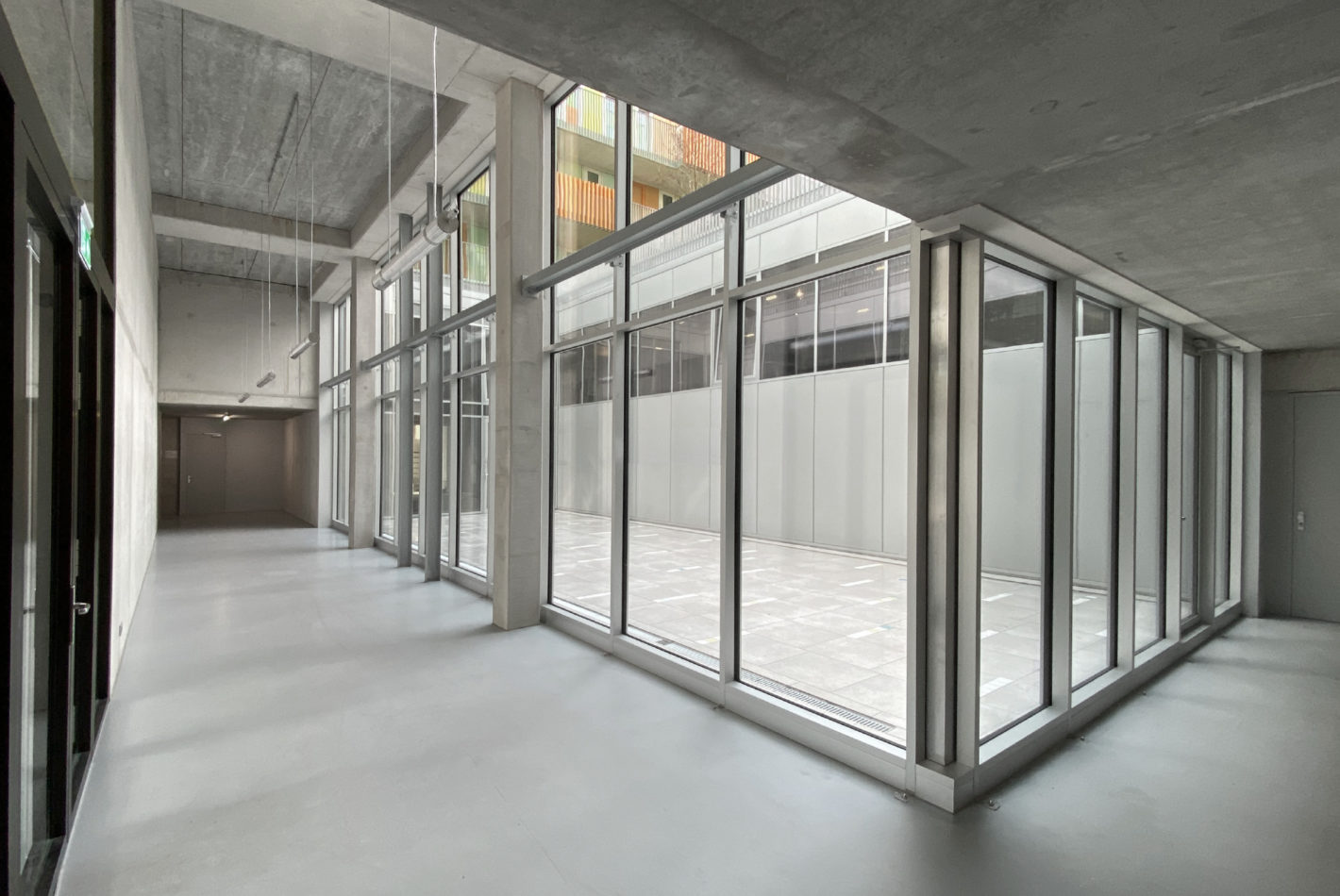 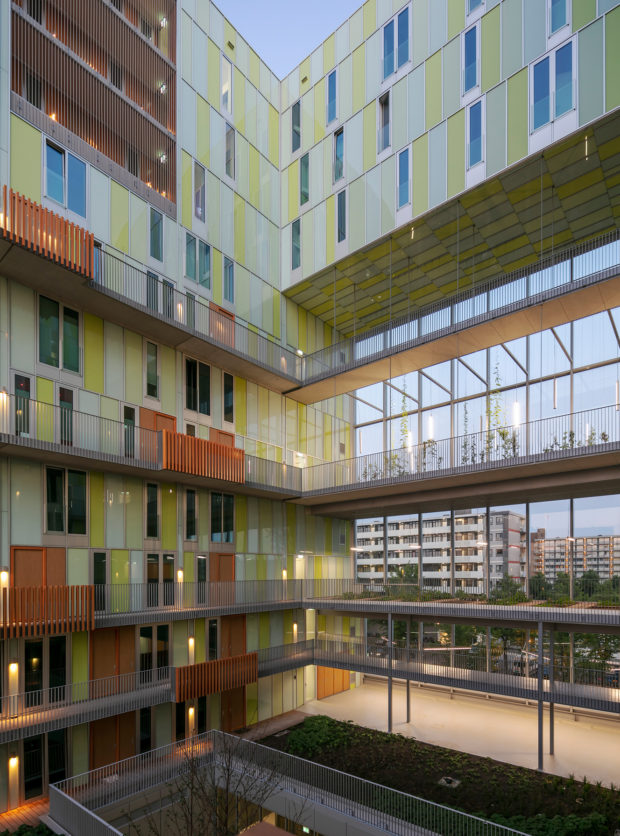 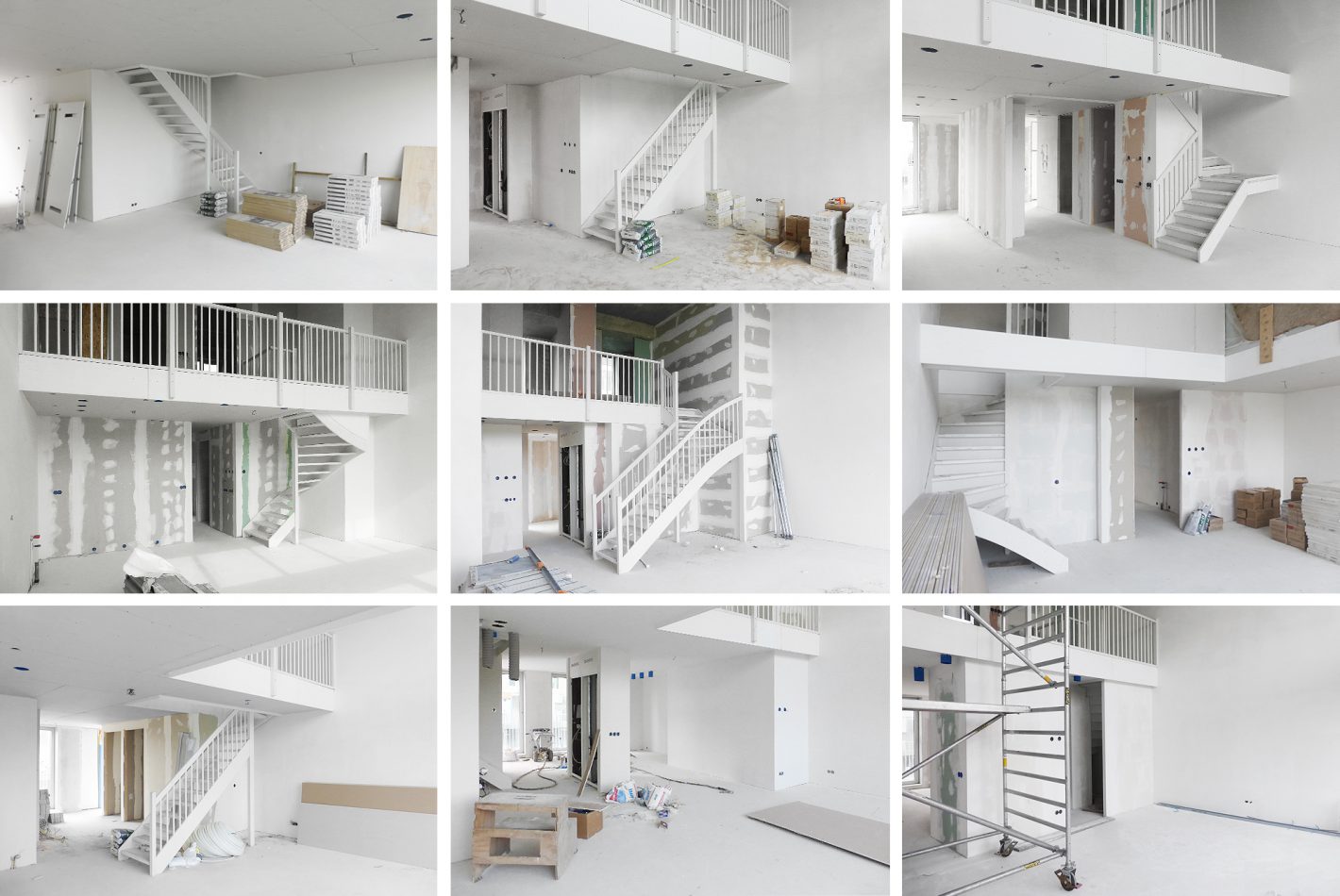 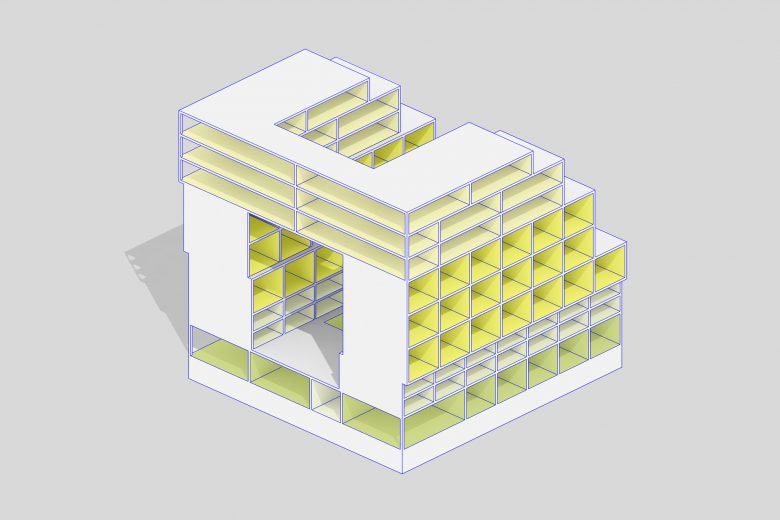 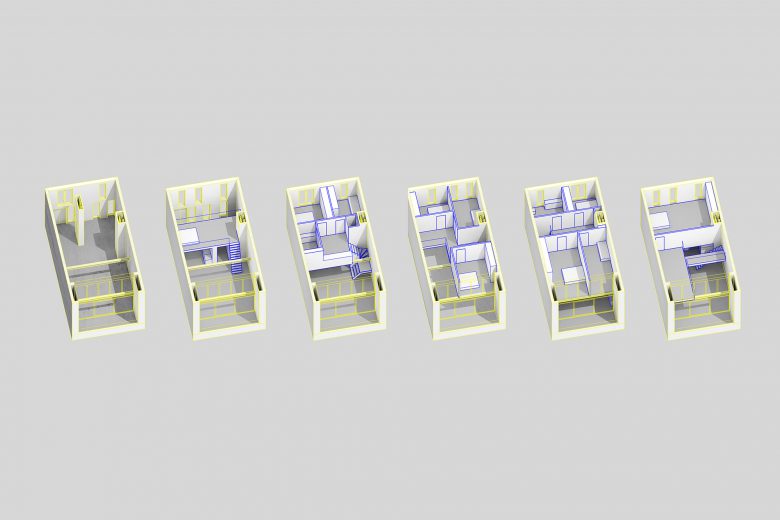 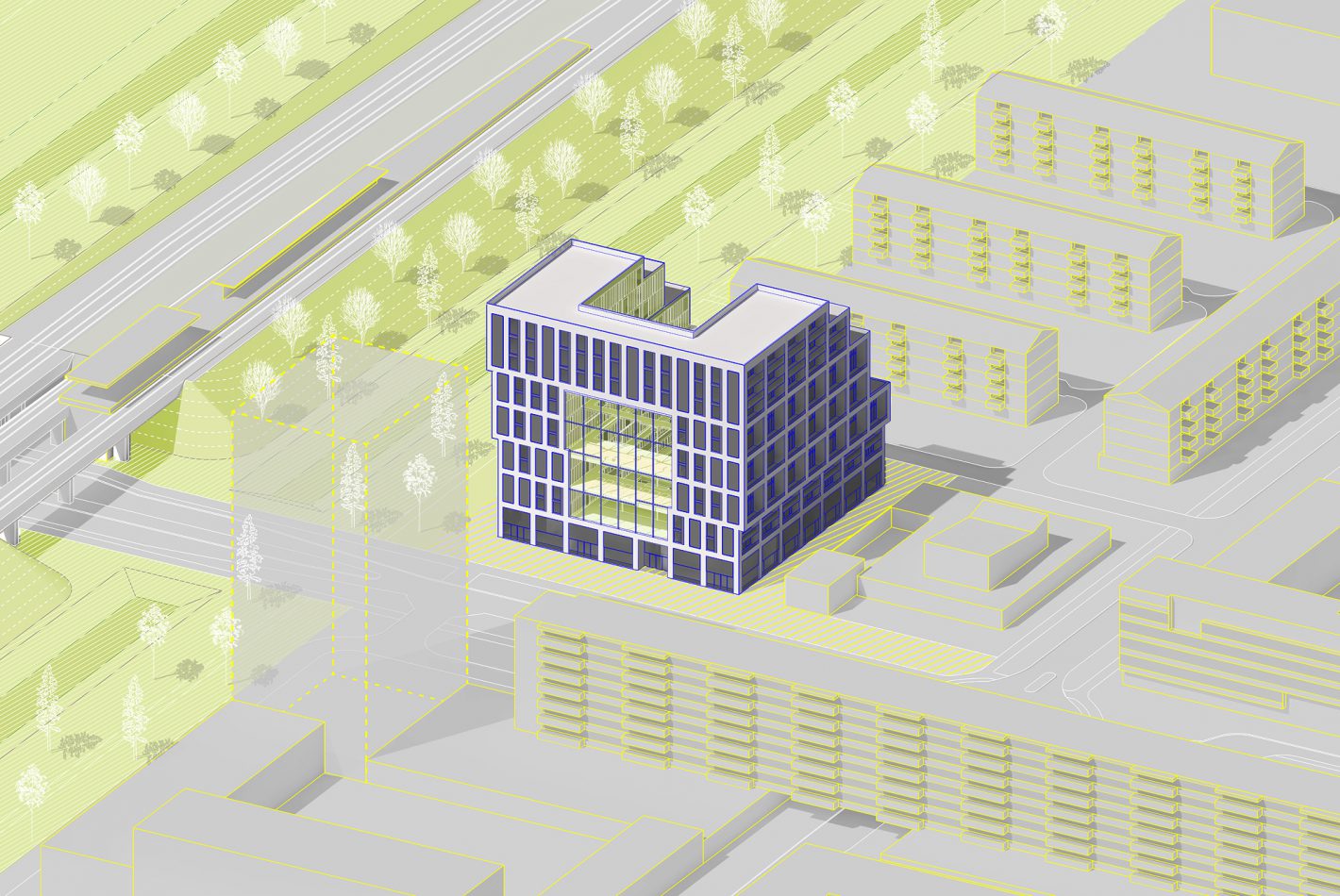 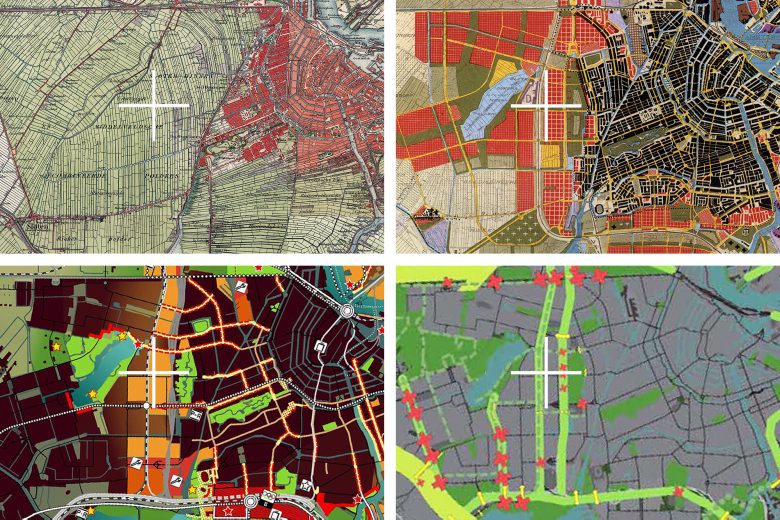 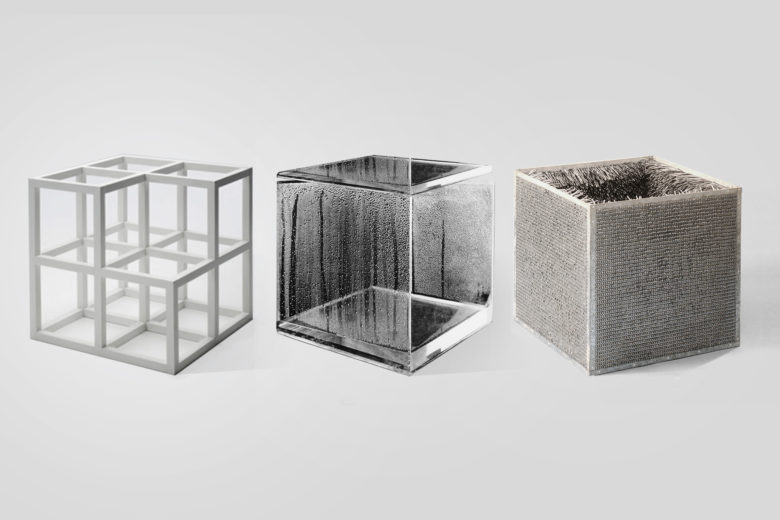 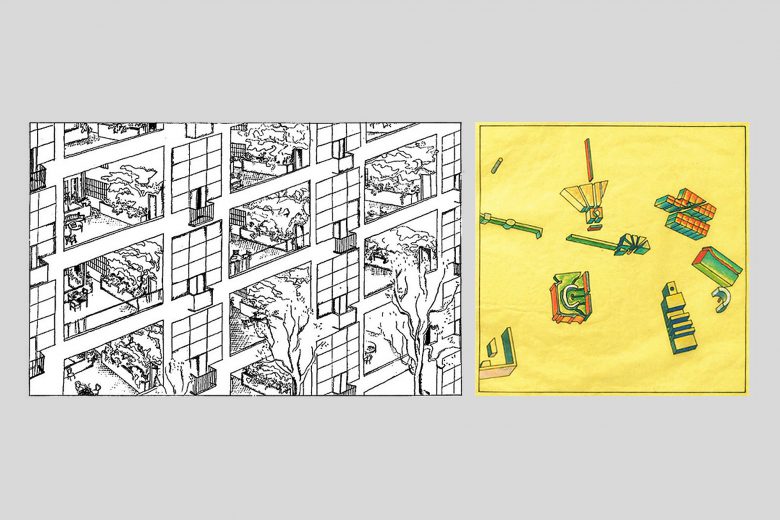 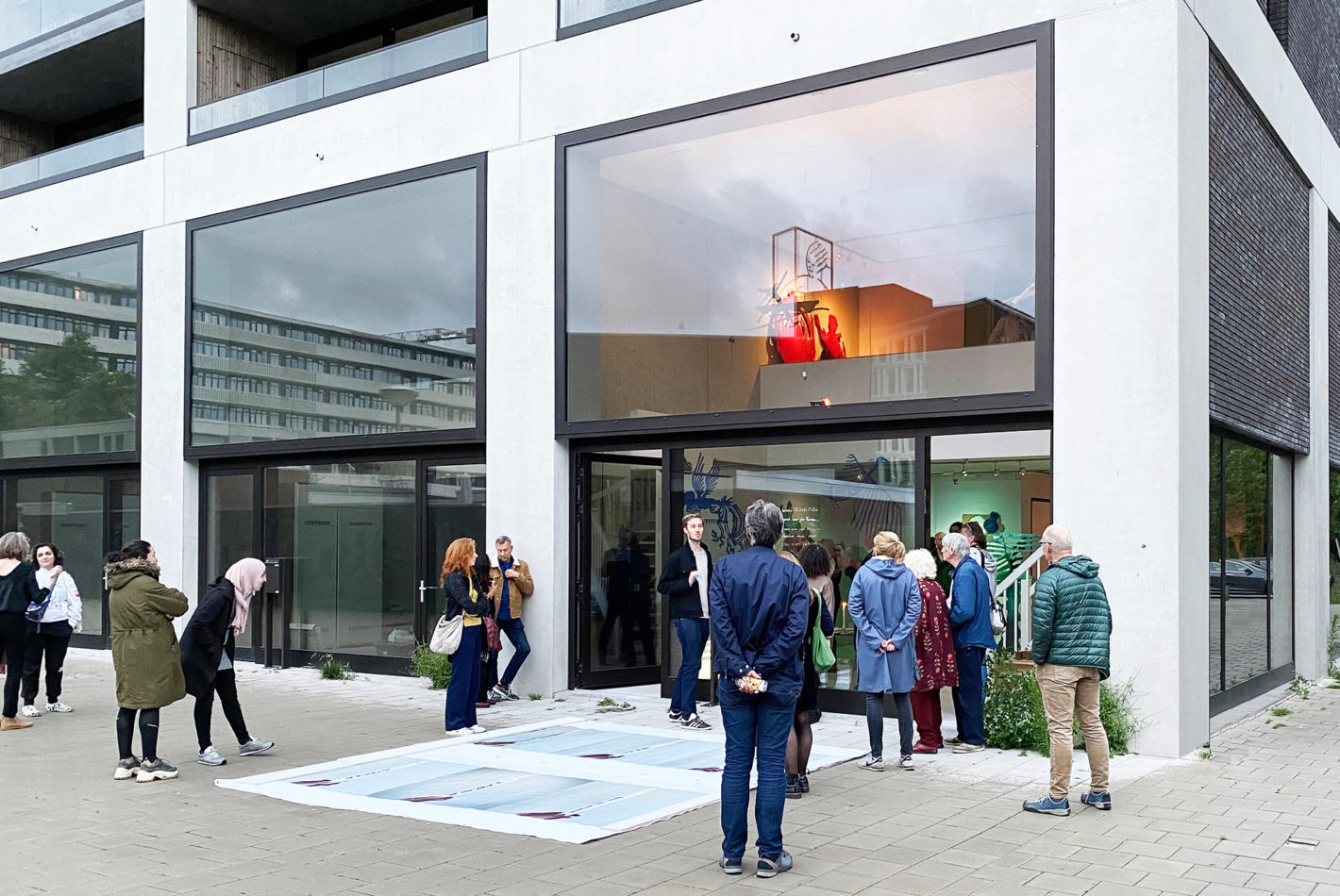 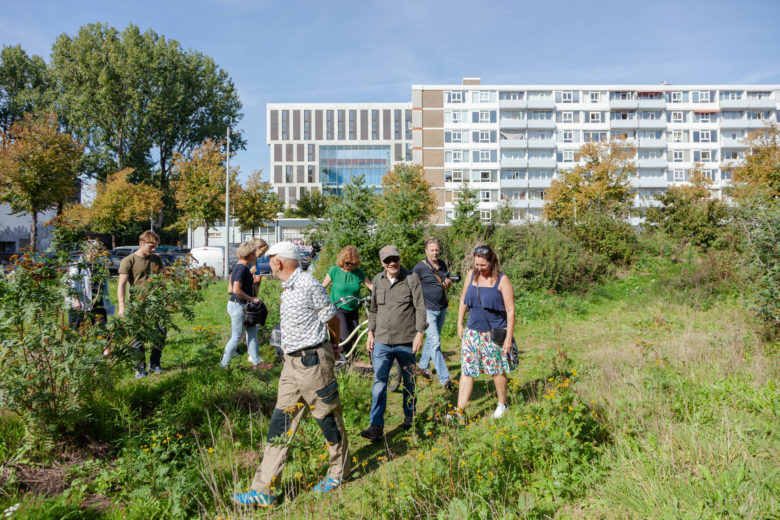 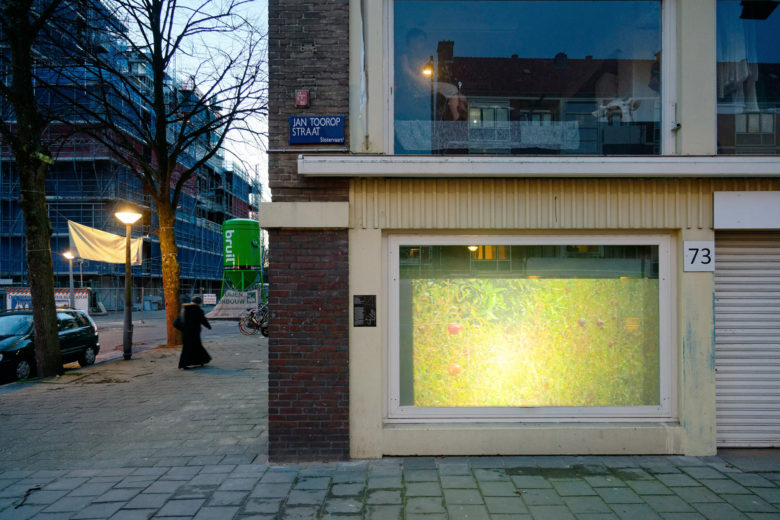 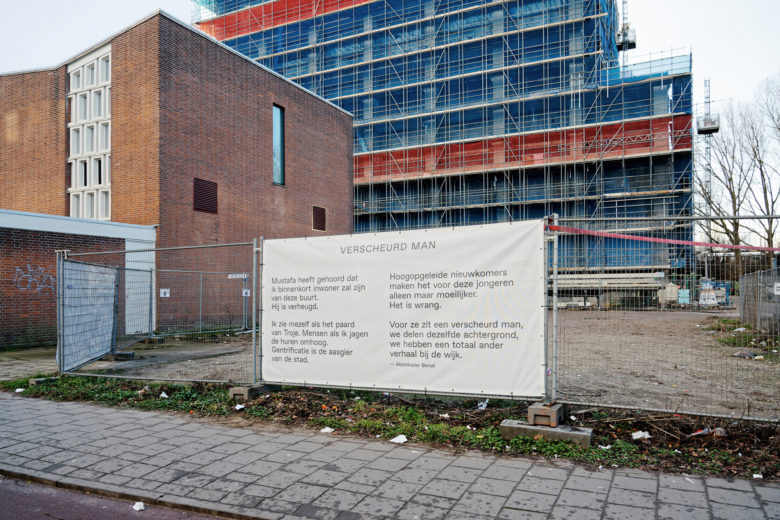 New West addresses the challenge of high-density, communal, sustainable, and healthy urban living and stands in the modern tradition of social condensers. The building focuses on stimulating social cohesion among residents, encouraging co-habitation of humans and non-humans, and ensuring adaptivity to changing future needs by adopting ‘open building’ principles of design and construction.

The volumetric organization consists of an urban plinth above which three housing blocks frame a central collective space, emphasize the building’s orientation onto the adjacent boulevard and allowing for spatial continuity and visual see-troughs. The volume mediates subtly between the adjacent levels of urban scale.

Around half of the dwelling units are conceived as generic, double-height casco apartments, two-thirds have custom-designed layouts in collaboration with the future residents, and one-third consists of rental units. The apartment sizes have an average apartment footprint of 65 m2, and vary between 45 and 180 m2. The double-height apartments have two cross-directional built-in steel beams as structural basis for various mezzanine floor forms.

Most of the apartments are reached by galleries encircling the central collective courtyard. The transitions between private domesticity, communal zones, and public realm are richly differentiated and include gallery balconies coupled with two apartment entrance doors, three gallery platforms with distinctive vegetation, including one for communal urban farming, a courtyard water retention garden above the plinth, and to the sunken atrium related to the building’s main entrance.

The all-sided oriented plinth houses, among commercial units, a city library branch, a kindergarten, and a non-profit art space addressing the encounter between Western and North-African cultures and resulting from close collaboration between the project architect, a group of artists and curators, the developer, and the municipality.

The architectural expression of New West mediates between the repetition of individual units at its exterior, articulated by a generous and plastic grid of prefab concrete panels, in its alteration of rhythms playfully referring to the location’s Modernist identity, and the central collective room, a micro-climate and –landscape reminiscent of the location’s pre-Modernist past as polder landscape just two generations ago.