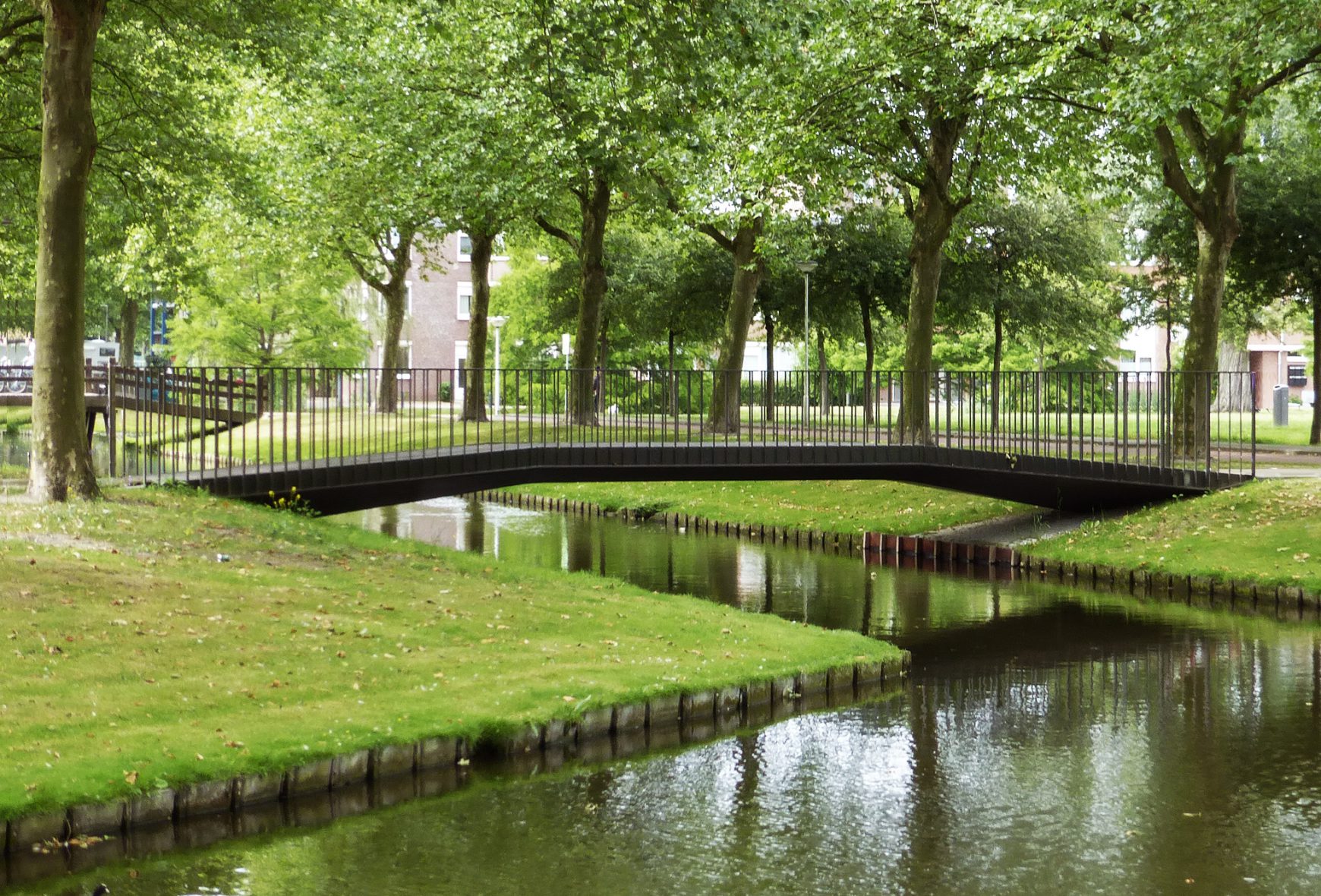 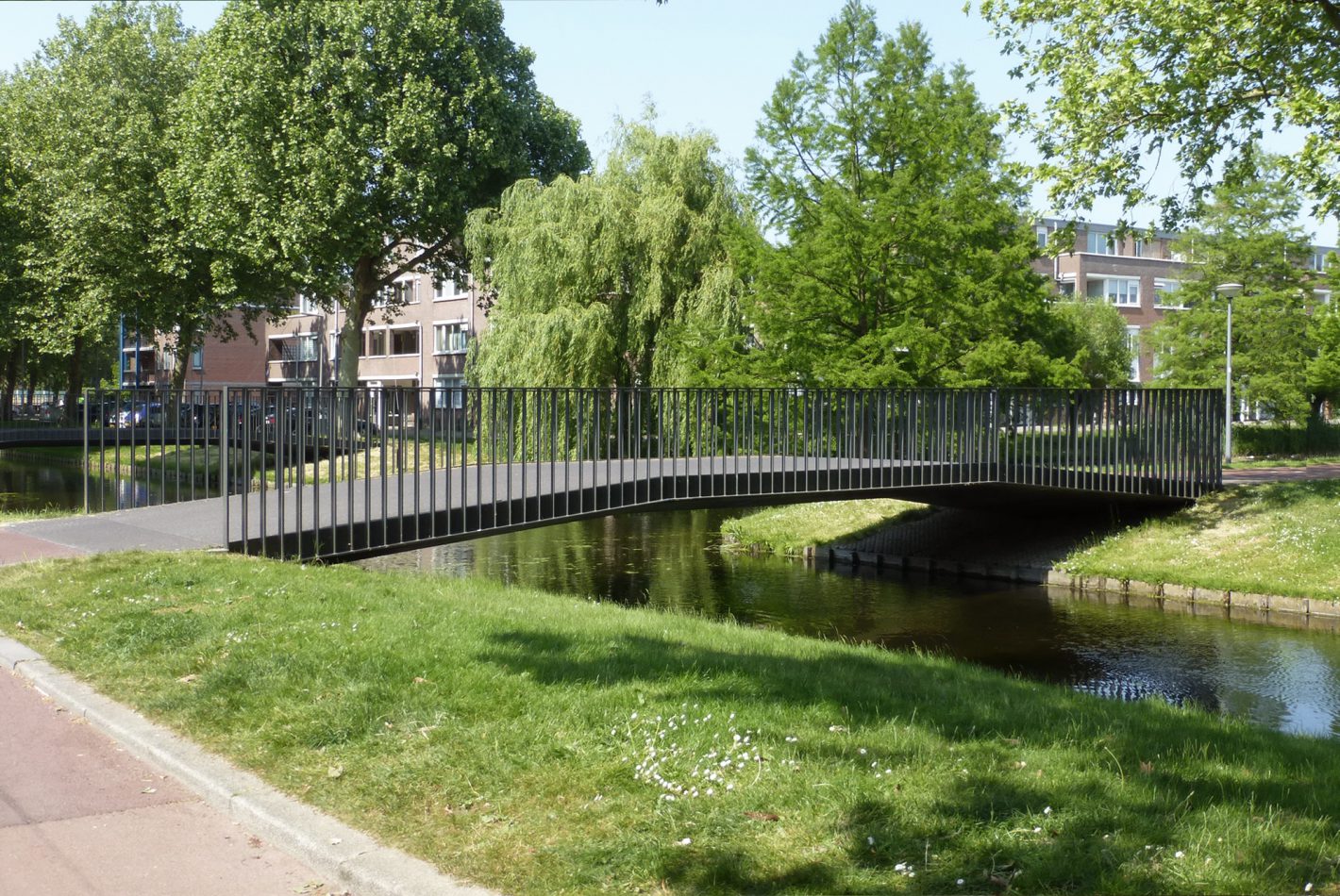 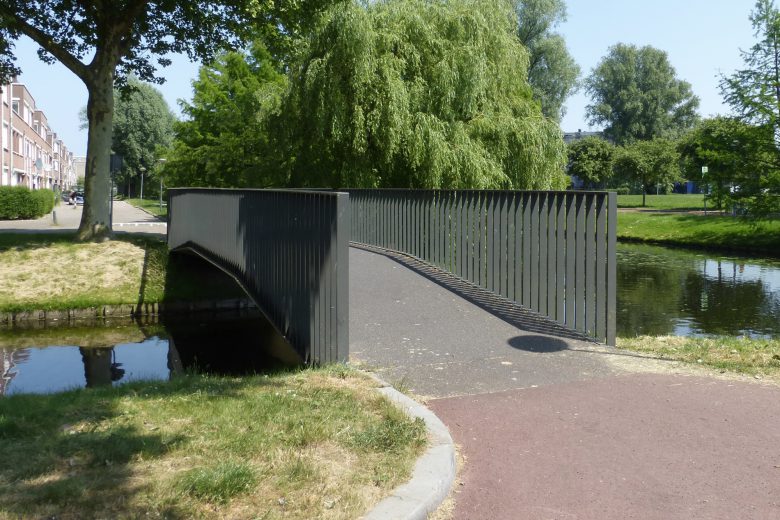 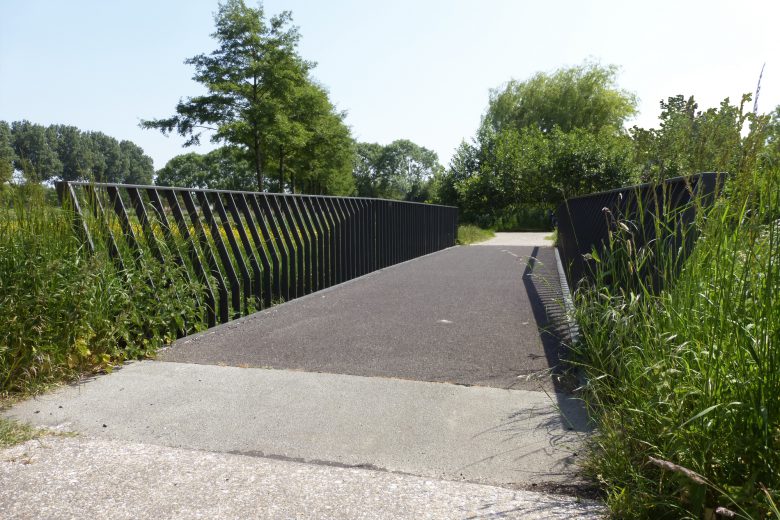 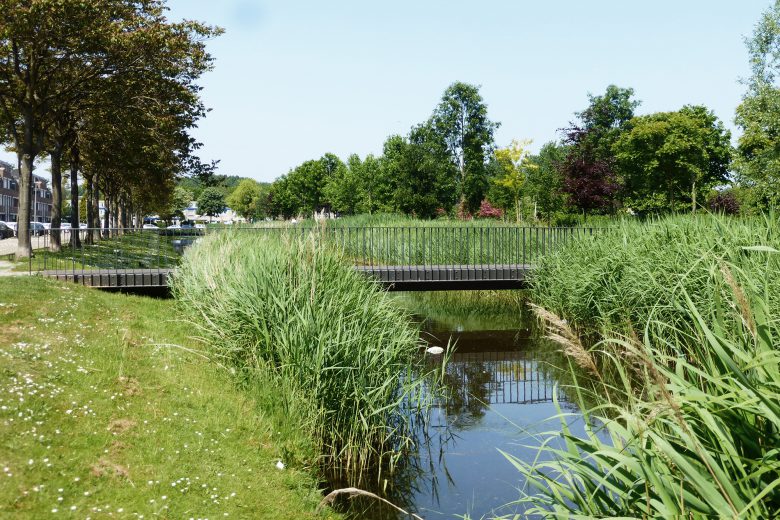 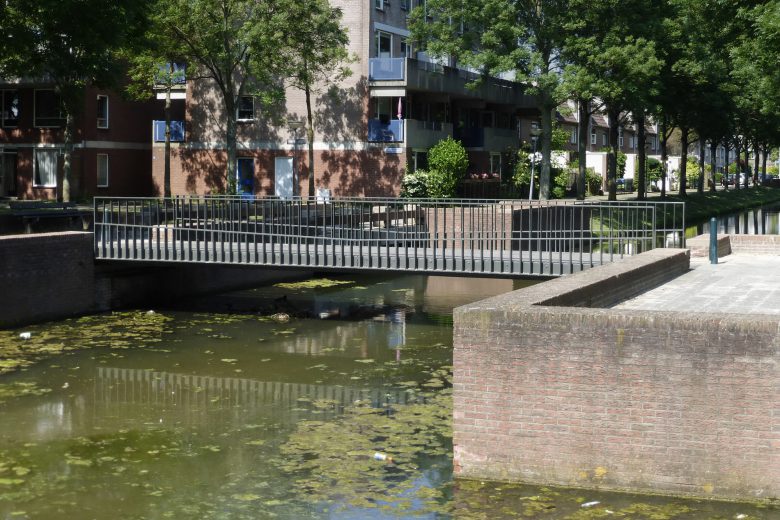 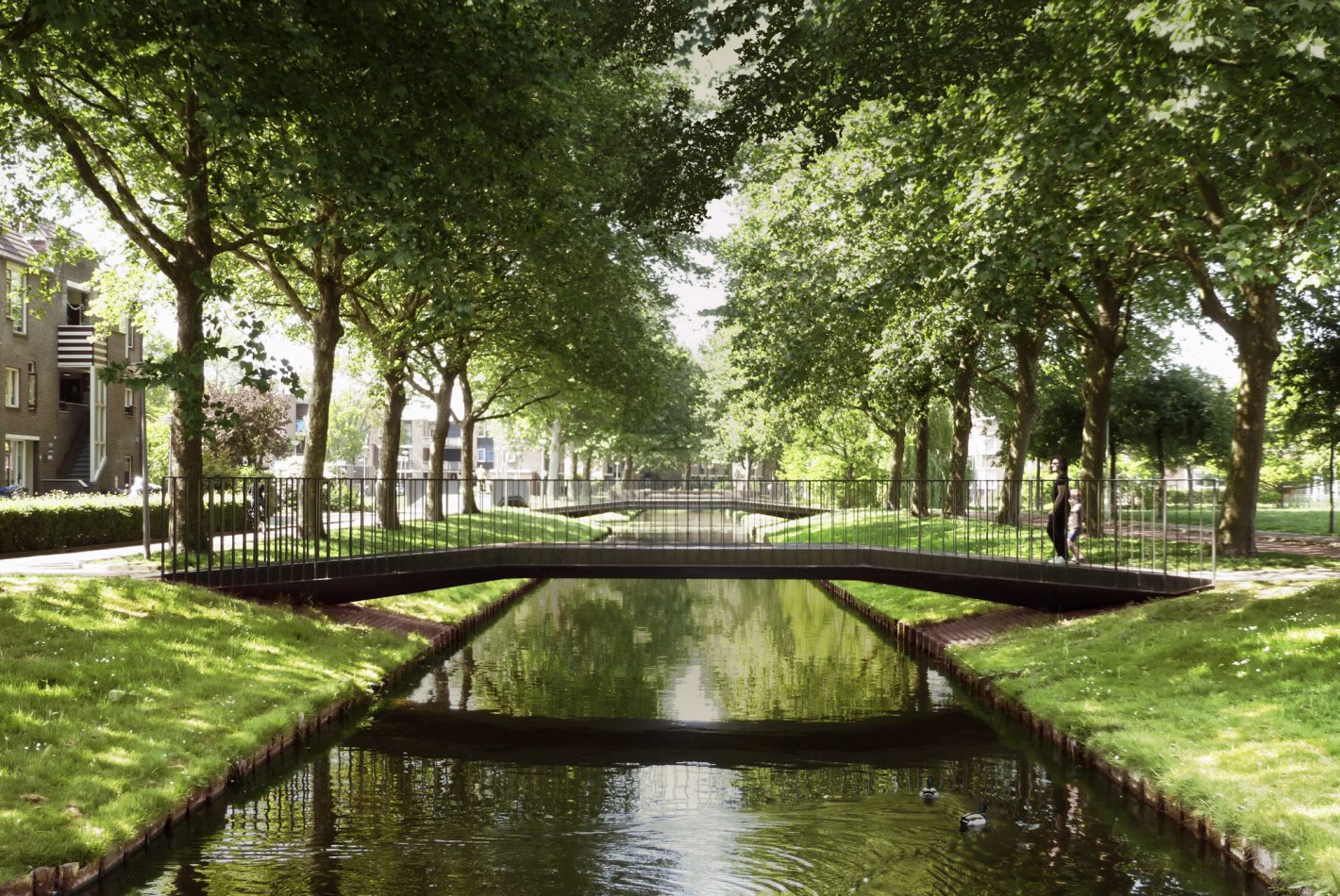 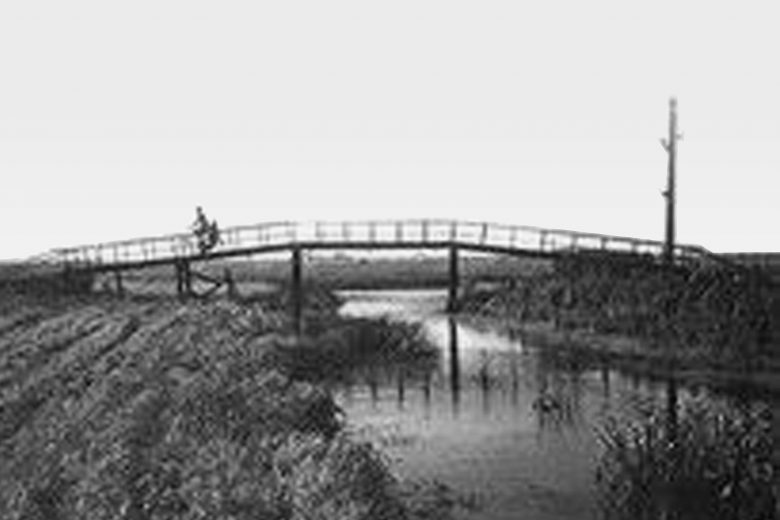 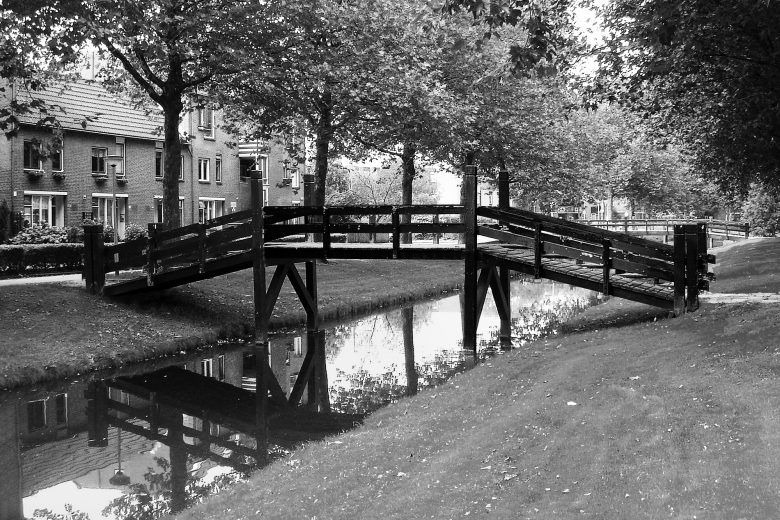 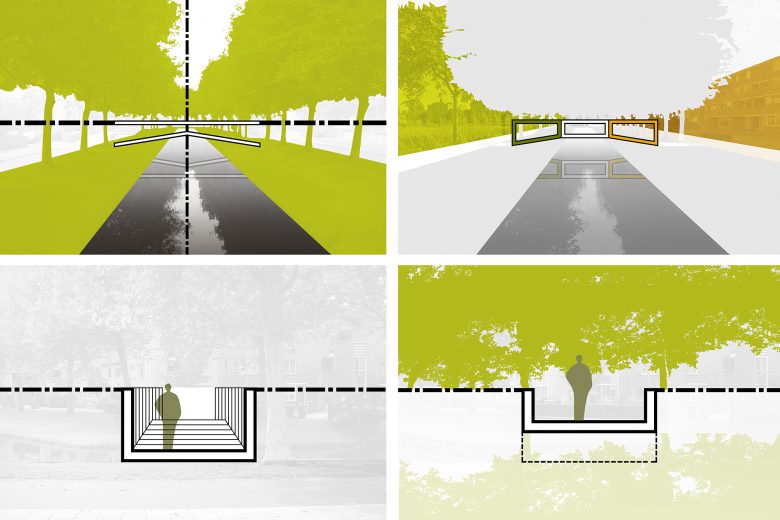 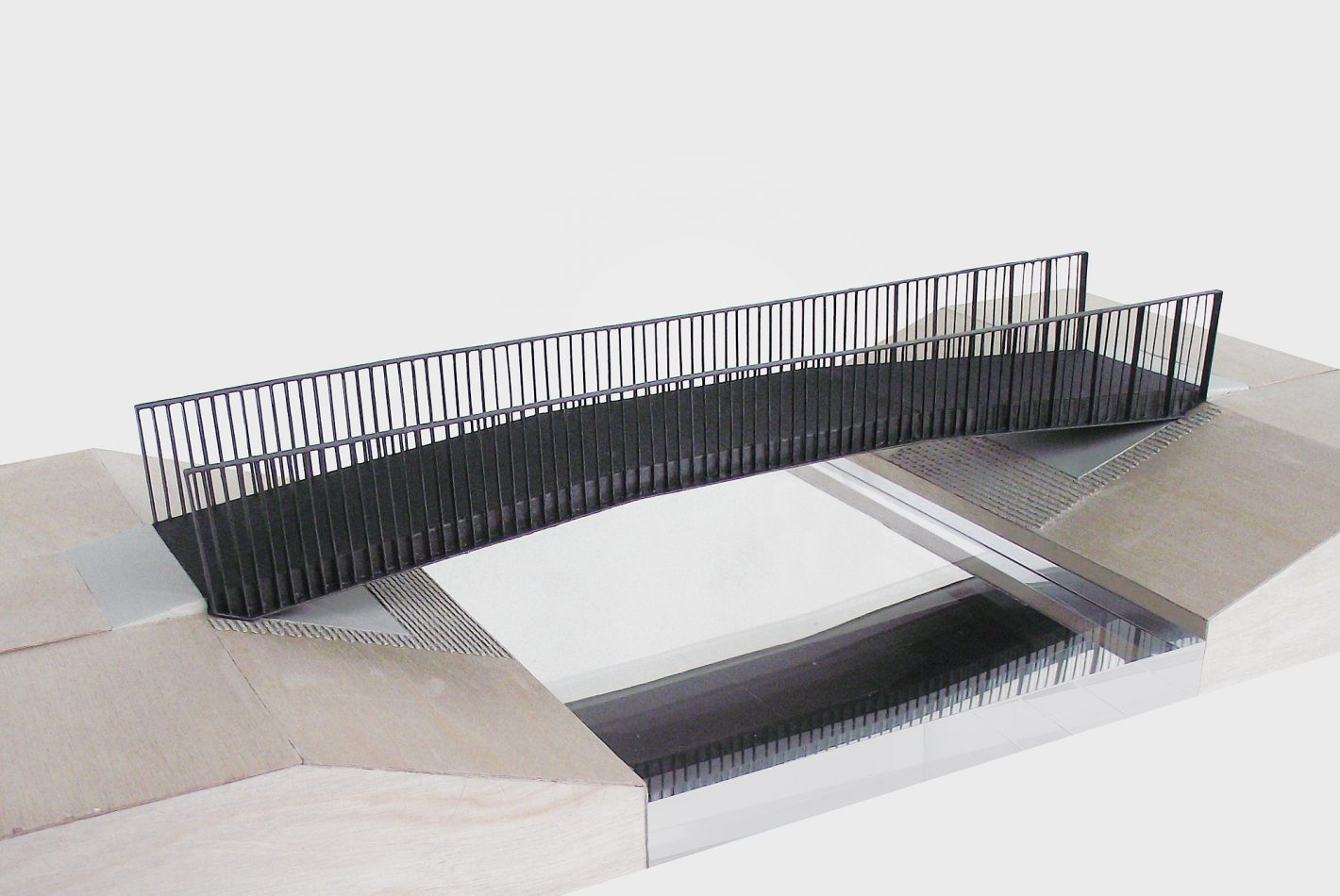 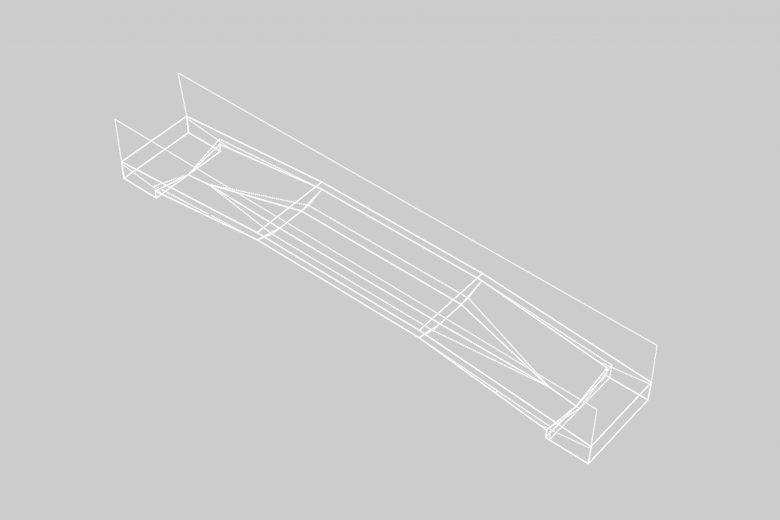 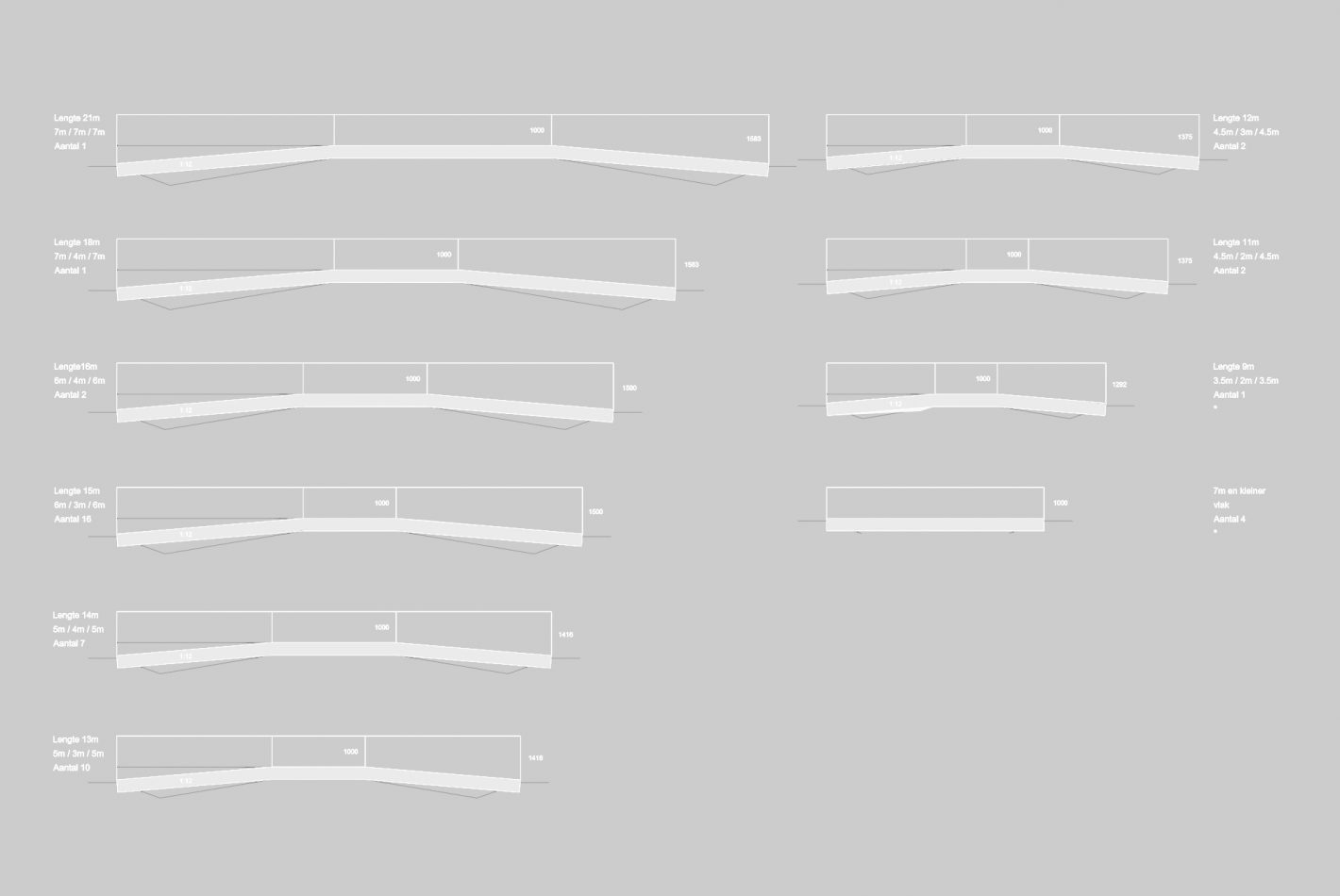 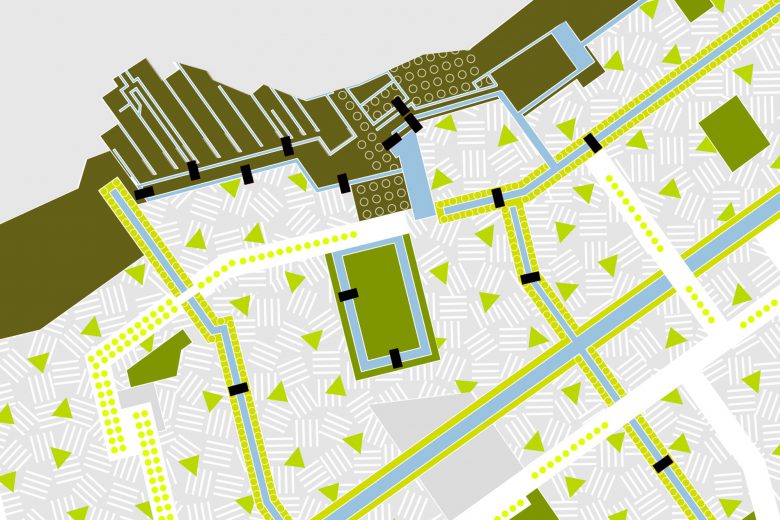 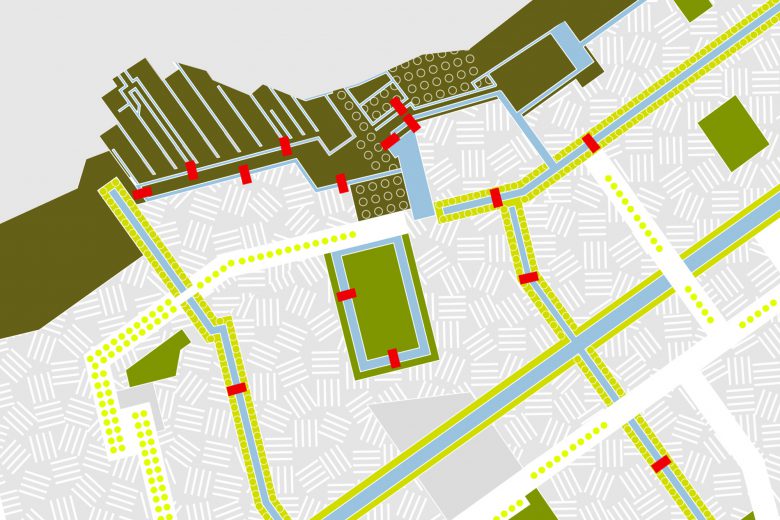 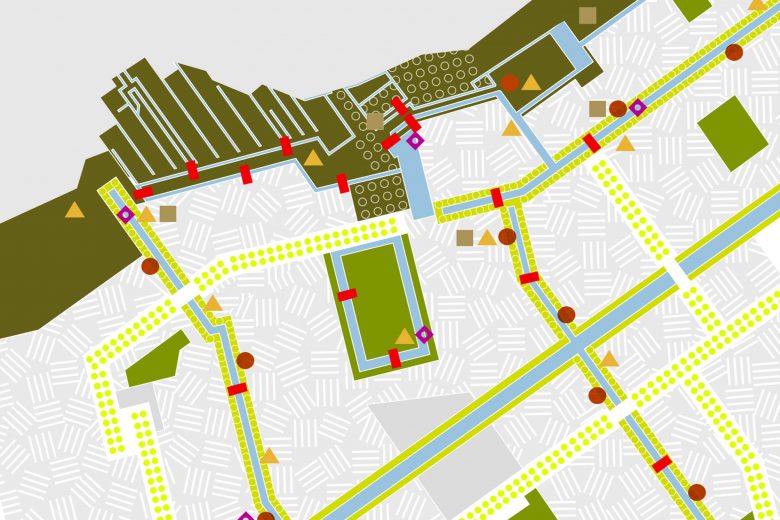 The municipality of Rotterdam issued in 2010 a two-stage selection procedure for a new design for replacing 65 existing slow-traffic bridges in three dated and neglected peripheral city districts (Beverwaard, Oostervlank, Zevenkamp).

The project resulted from a critical urban analysis of these so-called ‘cauliflower neighborhoods’. Built in the 1960-70’s, they mix public, collective, and private urban space (in an attempt to avoid hierarchical spatial organization) in a way that today has become to be considered to be one of the causes for their progressive social degradation. Our project suggests to eliminate the many minor green spaces spread evenly across the urban morphology and instead focus on and affirm the canal zones as major green spaces of strong urban identity.

The bridges are designed to be spatial instruments enhancing the experience of those green canal spaces. Based on the characteristic double-kinked form of the historic ‘polder bridge’ – an artifact that belongs to the collective memory of Dutch polder landscape – the bridges construct a scenography that emphasizes the tree-flanked canals as public interior space of great quality. By virtue of a raised railing at either end, the bridges articulate two gate situations (entrance/ exit) that are aligned with the row of trees. The passage across the bridge between these two thresholds is one of liberating from the straight horizon of the railing towards the unobstructed experience of the green public interior space in its middle, before becoming framed again by the railing when descending towards the exit threshold. The detailing of the railing differentiates between articulating a material presence for the passage across the bridge yet keeping unobstructed the long sightlines along the canals.

The project consists of a morphological family for 65 bridges based on a modular design that reacts to three types of urban context with a varied railing (geometry/ rhythm) and to the spatial premises per location with variable lengths and elevations (kinked/ straight). The bridge body is made of fiberglass reinforced composite and the railing is made of steel.