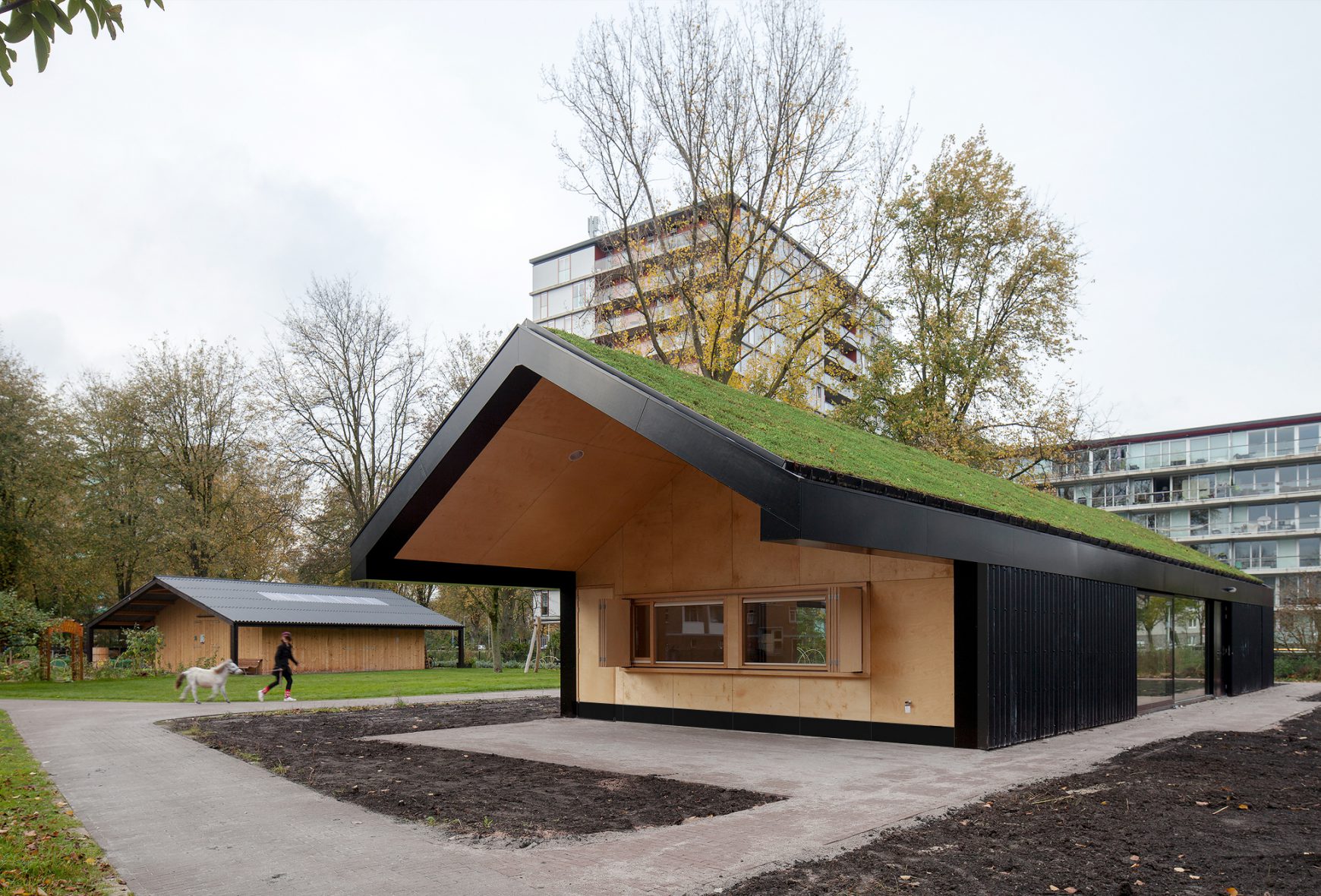 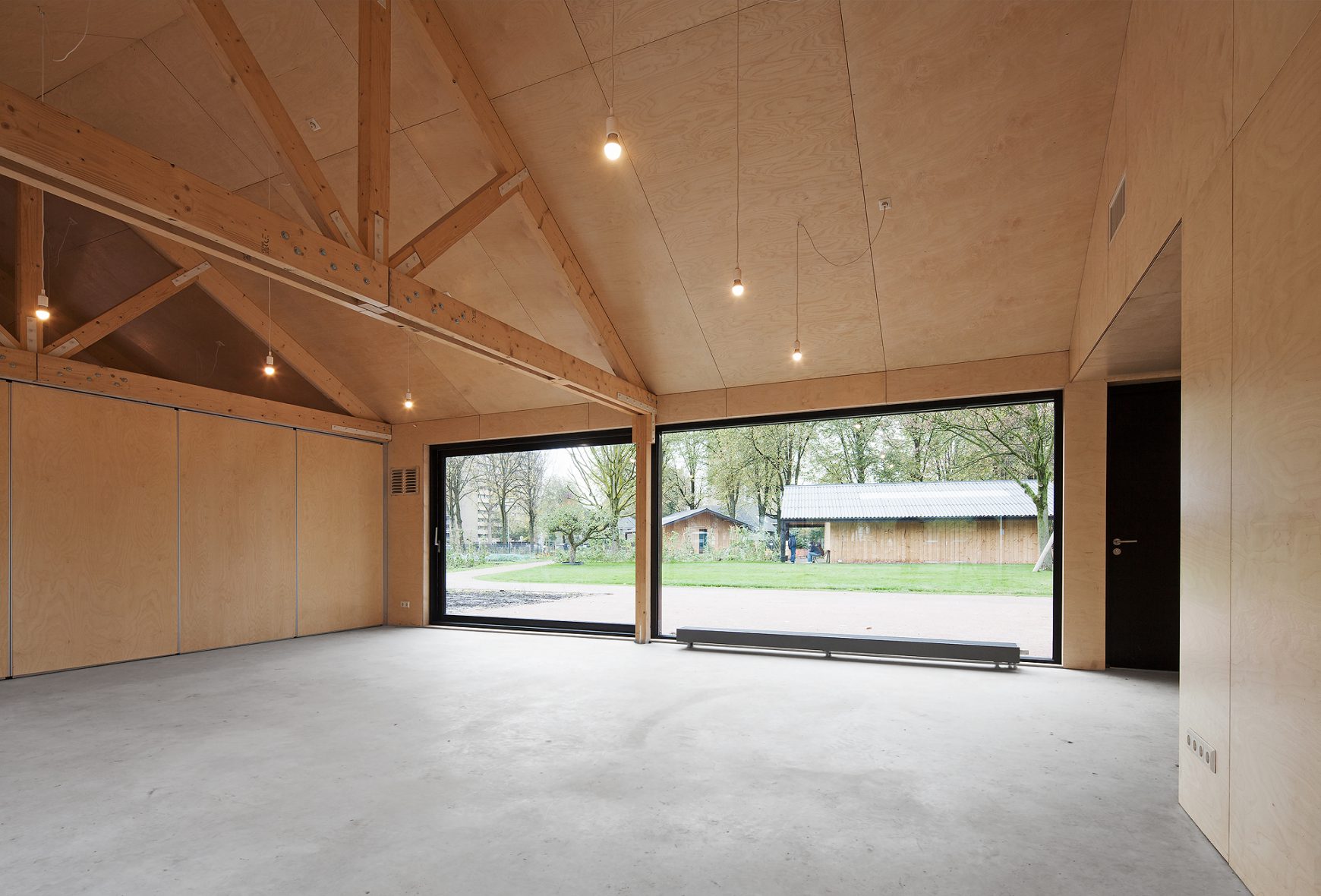 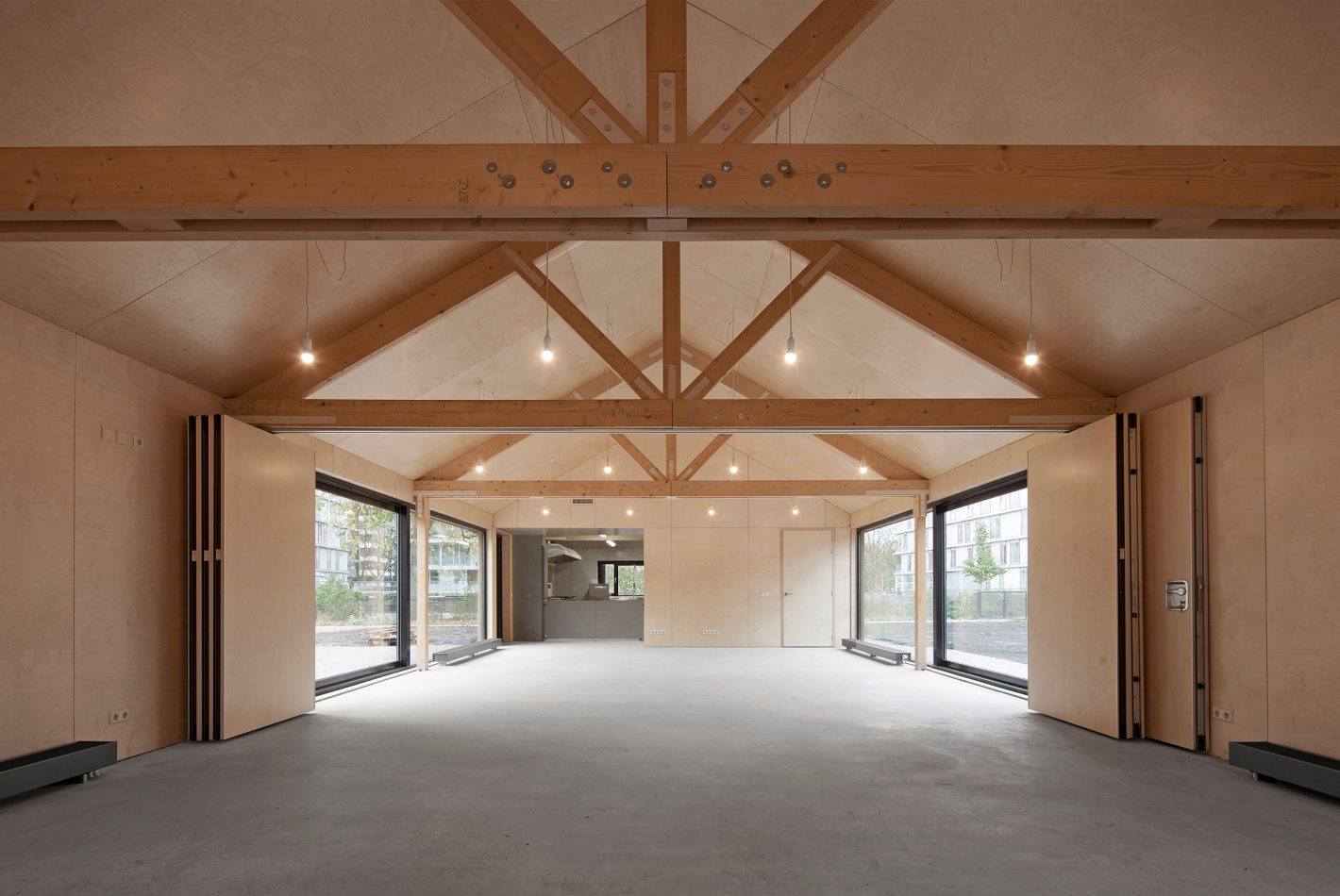 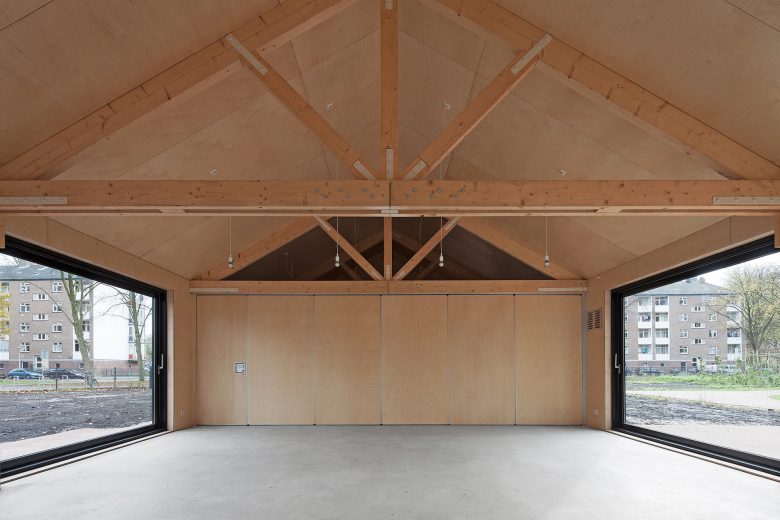 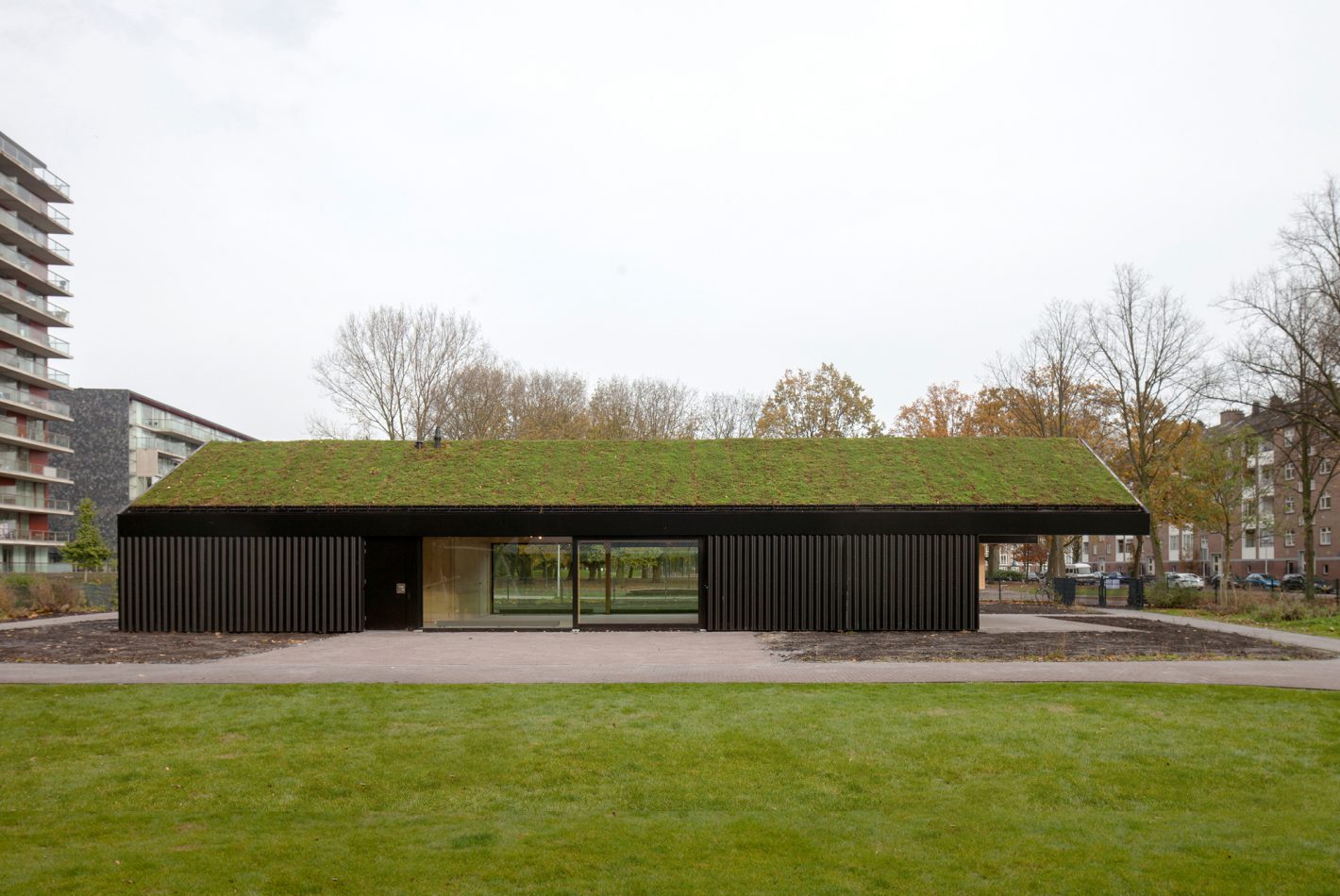 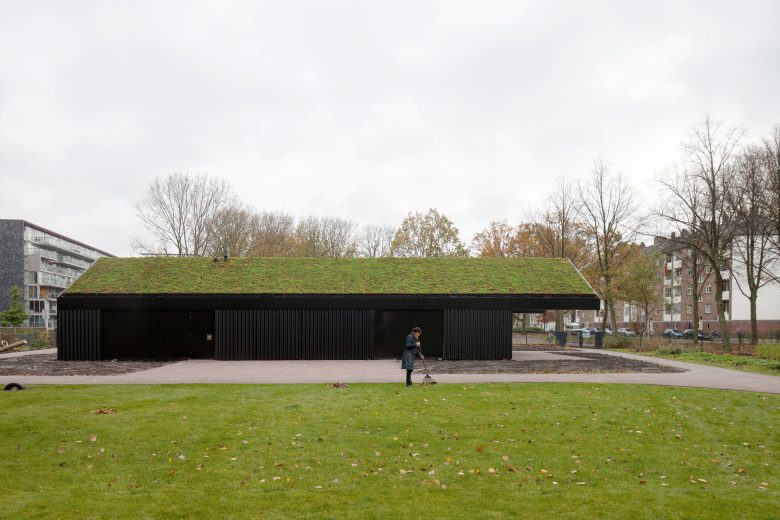 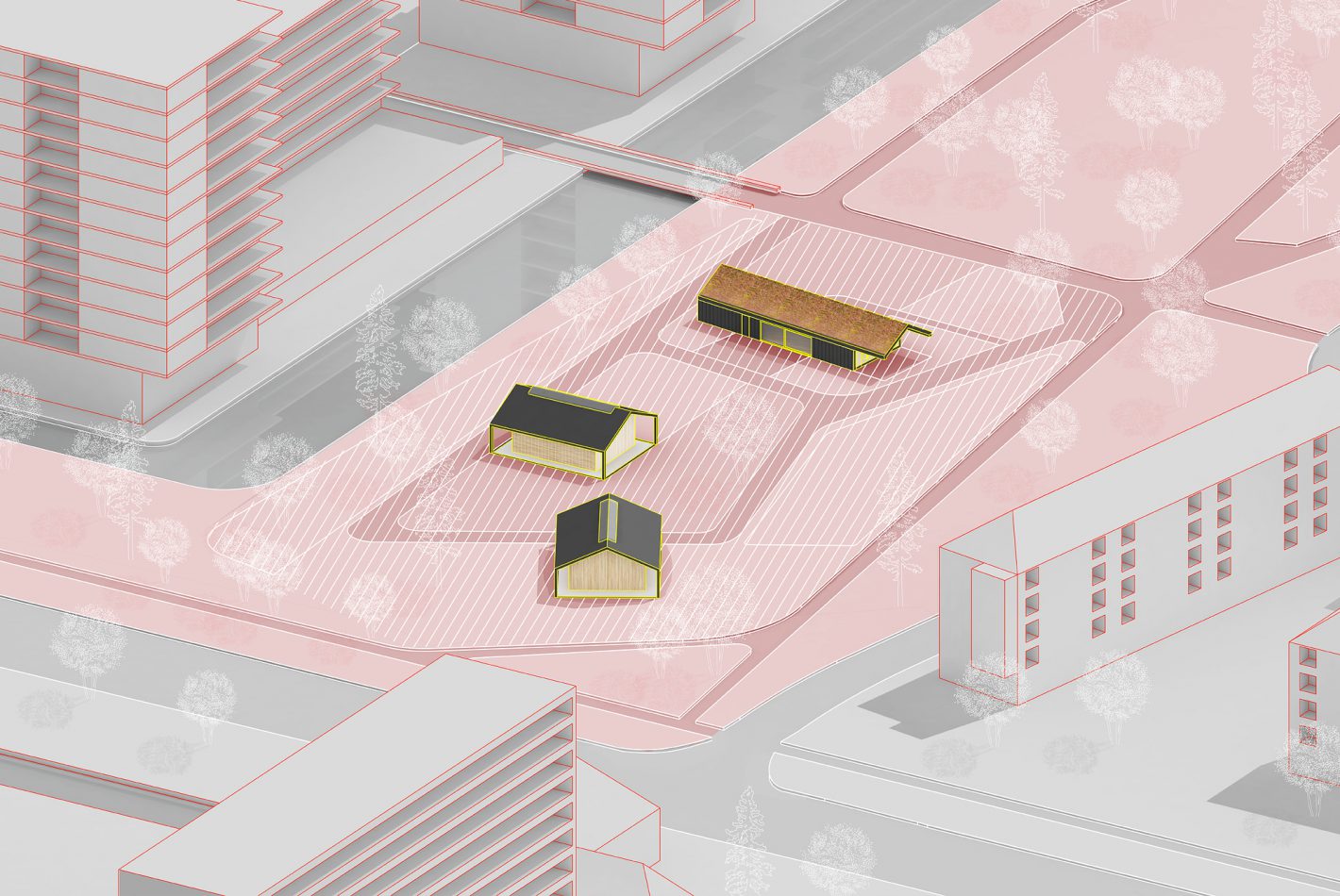 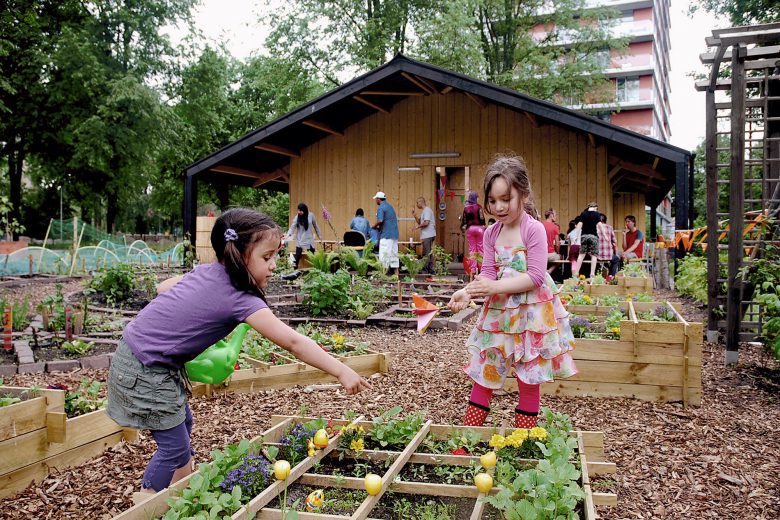 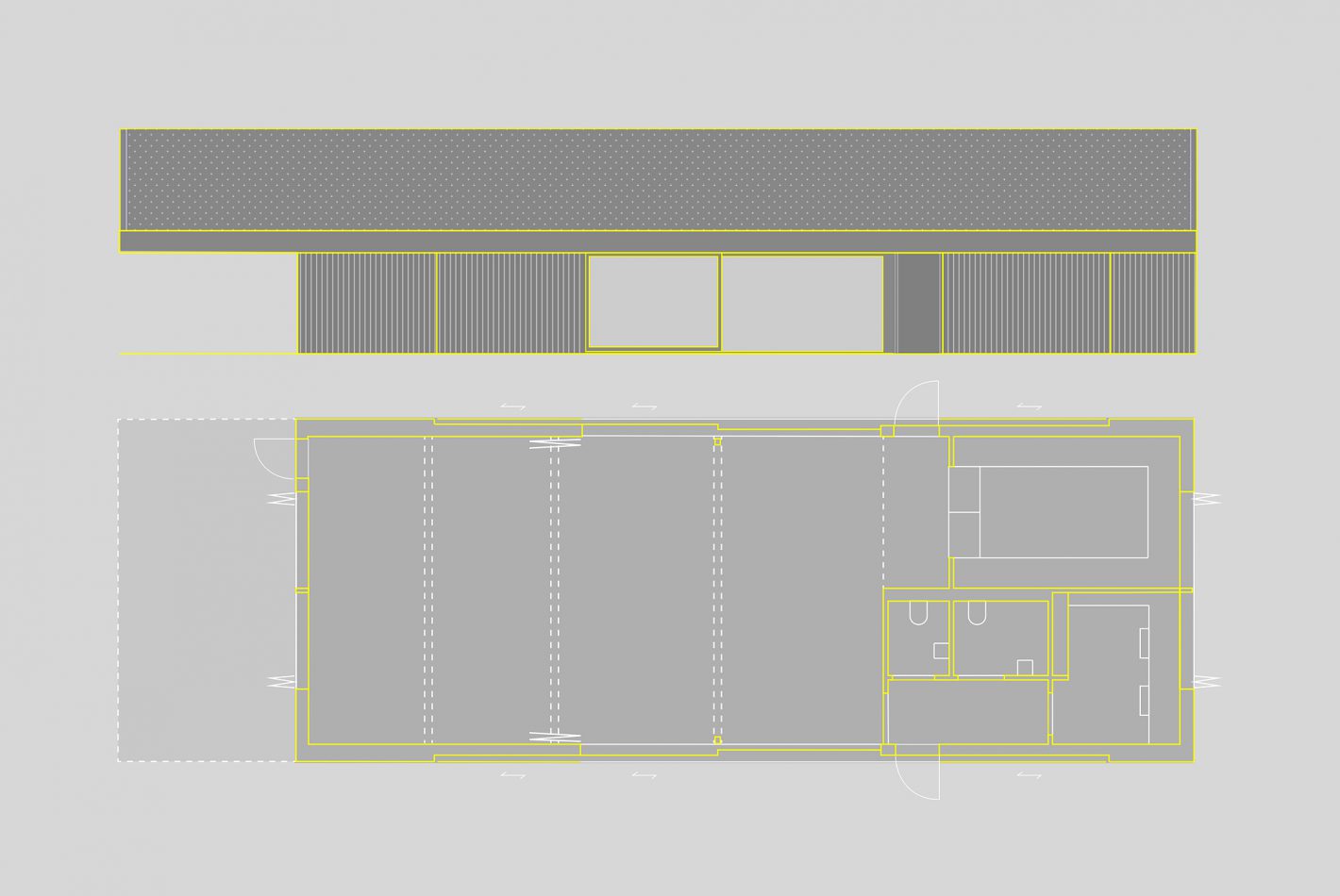 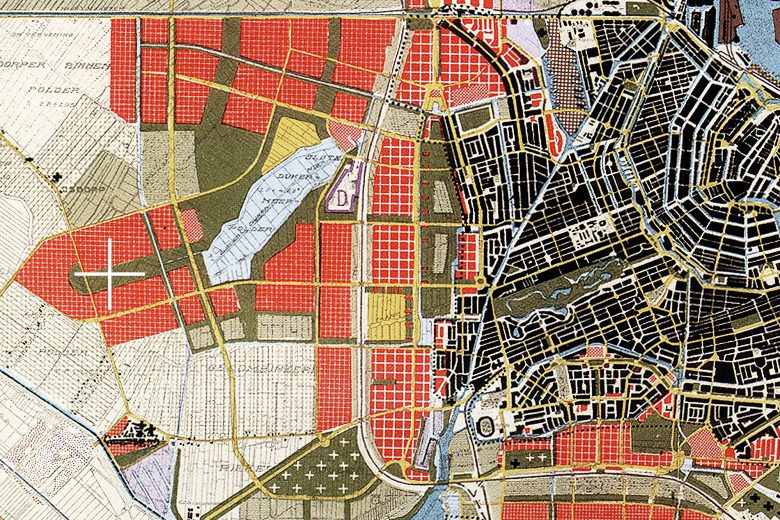 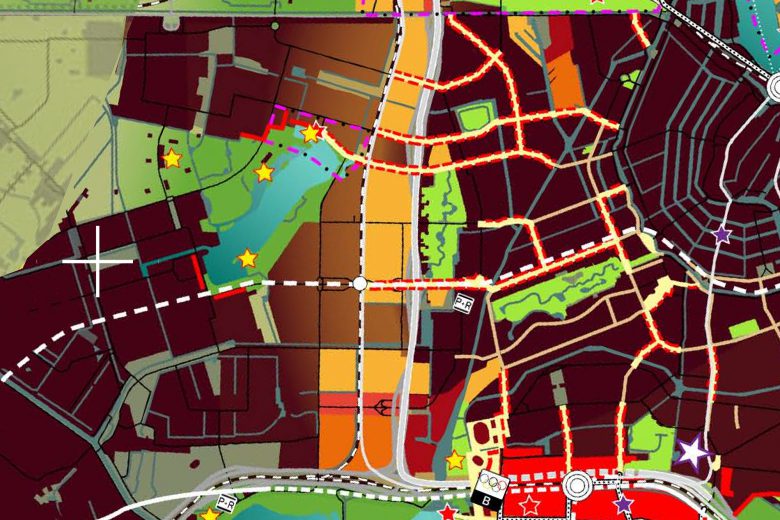 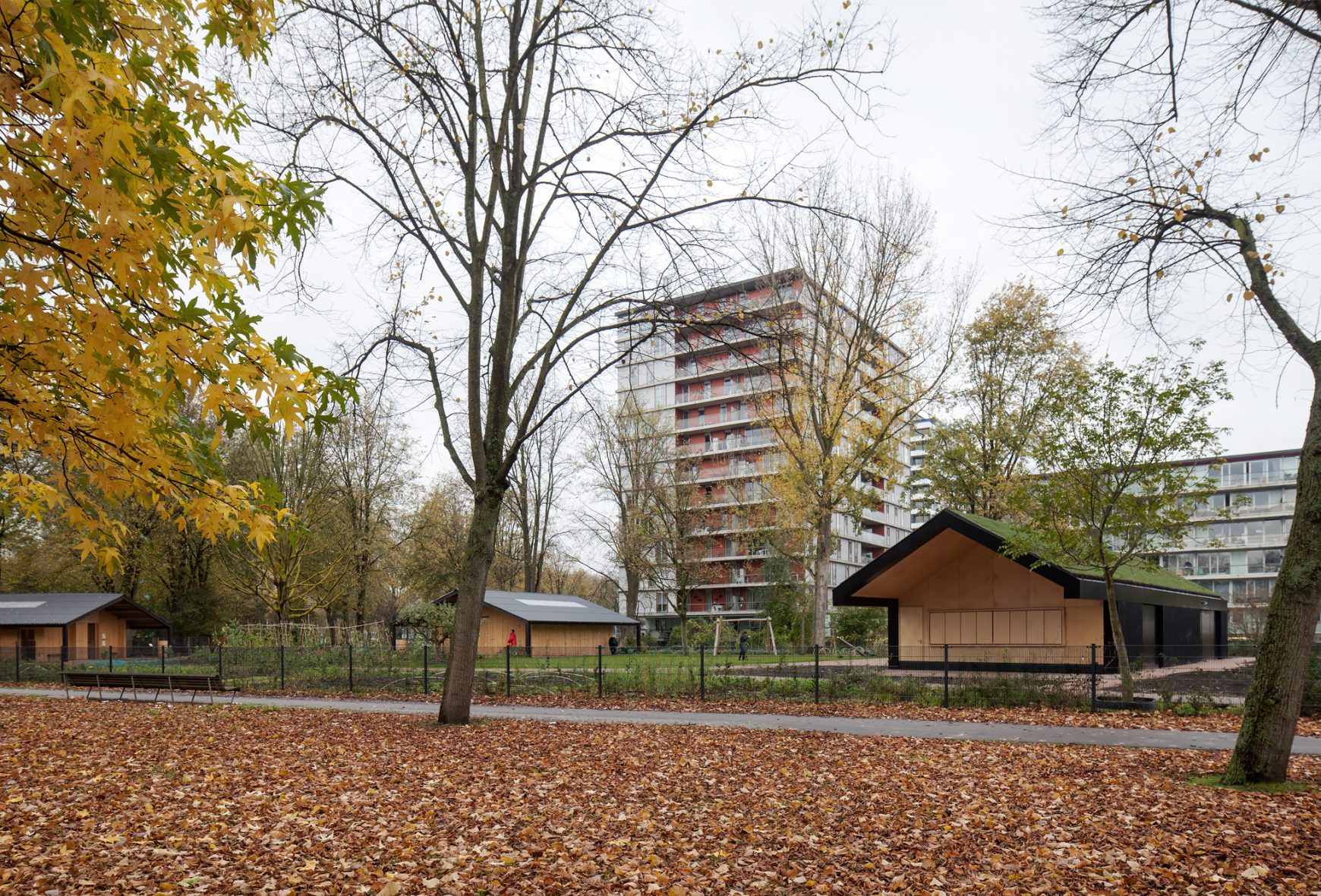 Urban Farm Osdorp is a low-budget public building ensemble located in Botteskerkpark, Amsterdam Nieuw-West. The park is a recreation area that prefigured in the paradigmatic Modernist Amsterdam Extension Plan (Cornelis van Eesteren et.al., 1935). Its renovation landscape plan by landscape architects Karres+Brands defined an ensemble of three buildings for a children’s farm; a program type of great popularity in Dutch urban areas. During the design process, the building’s purpose was extended into an urban farm in order to address and involve a wider public from its neighborhood.

Children’s and urban farms pay tribute to the agrarian origins of Dutch culture and are popular monuments commemorating and proliferating this profound aspect of national identity. Regardless the advanced degree of industrialization in contemporary Dutch agriculture, the architecture of children’s and urban farms tends to represent a romantic fiction on farming life. At Botteskerkpark, this typical expectation could be challenged due to the location’s embedment in the legacy of Modernist thought. Our design frames this tension of pre-modernist and modernist cultural references, combining figuration and abstraction in its building form and situating an image of tradition within an architecture that articulates a spatial continuum typical for the ideology of architectural Modernism.

Central feature of the Urban Farm is a communal ‘living room’ that is exposed by large glazing to the surrounding park landscape and of inviting character. A part of the windows can be widely opened up with sliding doors and completely closed for protection against vandalism by a double set of transparent and opaque sliding doors. All three buildings have a structural frame of timber.

Urban Farm Osdorp was commissioned by the Municipality of Amsterdam through a two-stage selection process.